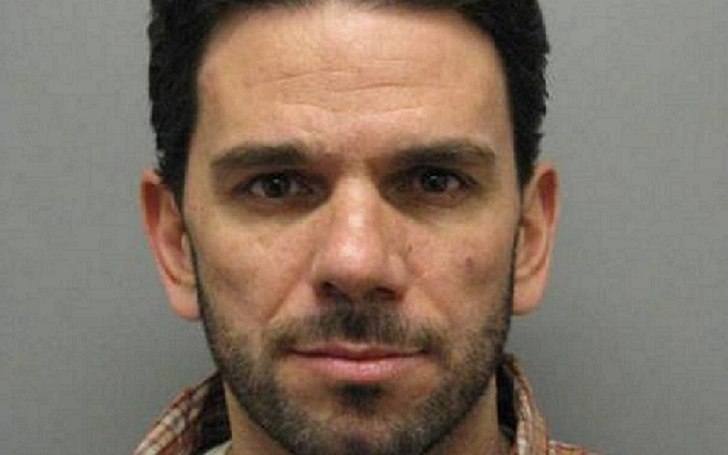 Daniel Toce attracted huge media attention after his marriage to the reality TV star Kim Zolciak-Biermann, best known for her appearance on The Real Housewives of Atlanta. The former couple was married for a few months before dissolving their marital relationship.

Besides, Toce was sentenced to 10 years in prison as a convicted child rapist who had illegal sexual contact with his third wife Mary’s daughter a minor at the time.

Prior to his marital relationship with the reality TV personality, Daniel had a bitter divorce with two more women. Also details on his children, childhood, age, and many other facts!

Who is Daniel Toce? His Early Life and Bio

Dan­iel D. Toce was born on 7th July 1973, in Waterford, a town in Connecticut. He spent most of his childhood days in Waterford with his family. The 48-year-old has, however, kept most of his family details including his parents to himself.

Talking about his nationality, Daniel is an American and belongs to Caucasian ethnical background.

Daniel’s Rockey relationship with wife Kim Zolciak: When did the couple marry?

According to the divorce documents filed by Kim, the former couple tied the knot on 5th May 2001. The two reportedly walked down the aisle in Destine, Florida in front of their family members and pals. In the meantime, many other tabloids reported they married on September 24th, 2001.

Besides, the two dated for some time before their nuptials. The two subsequently went to Atlanta, Georgia due to Daniel’s job there.

Who is Ariana Biermann’s real dad?

Toce and ex-wife Biermann have one biological daughter named Ariana Biermann, born on October 17, 2001. But, Daniel once claimed he couldn’t be Ariana’s natural father as he wasn’t with Kim at the time of conception, instead, he was on a golfing tour. But, it later came out that Daniel was Ariana’s real dad.

As per some reports, at the time of Kim’s pregnancy, Daniel impregnated another woman. However, the baby and the baby’s mother never came to public.

Zolciak Filed For Divorce Just Months after Their Wedding

Kim filed for divorce from her husband on September 18, 2001. She said Daniel’s frequent cheating behavior was the reason behind their separation.

At the time of their split, Kim was 8 months along with their first child.

Daniel and Kim’s messy divorce process came to an end after around two years on 11th Feb 2003. The Real Housewives of Atlanta star initially asked for Toce to pay her temporary and permanent alimony as well as her attorney’s fees.

On the other hand, Kim’s husband Daniel requested joint legal and physical custody of their child as well as her last name to be Toce. But, the court ruled their daughter would keep the name of her mother’s median name on the hearing in Jan of 2003. Ariana has now shared her stepfather Kroy’s last name (Kim’s second husband).

Furthermore, the court ruled Toce to pay his ex $1,200 a month in child support until Ariana turned 18. He was also ordered to pay Kim half of their credit card debt and her lawyer’s fees.

The former duo has shared legal custody of their daughter.

Toce was first married to Christine Maolta. The couple gave birth to two children. However, there are no records of the couple’s marriage, including how long it was sustained.

But, Dave, one of Daniel’s high school friends told Lipstick Alley that his old buddy left his first spouse and two kids in order to marry “gold digger” Kim.

After going through two failed relationships, Toce went on to marry his third wife Mary Toce. The two remained married for 8 years before their divorce.

The two didn’t share any biological children but Mary has a daughter from her previous relationship, with whom Daniel was involved in an illegal sexual relationship at the age of 15.

Arrested for rape case of his 15-year-old step-daughter

While Mary and her daughter were living with Daniel, his inappropriate behavior with the girl who was under-16 at the time was really shocking.

Connecticut police began the research on the case after one of Daniel’s family members complained to the police in 2010. A source close to him said they believed that Daniel was involved in an illegal physical relationship with another family member. The family member disclosed on docs,

“Daniel Toce and the victim were getting very close and seemed to be obsessed with each other.”

Soon after the revelation, the police questioned the victim who opened up about how their physical relationship started. She said when “Daniel had been drinking and asked her if he could kiss her. Then they kissed.” She added, “while on the path, she and Daniel had consensual vaginal intercourse for the first time. They did not use birth control and Daniel ejaculated inside of her.”

From that moment, the two continued to have sex on a routine basis. She revealed they had sex on “two to three occasions” in motels, on “about 52 occasions” in an apartment, and on “about 35 to 36 occasions” at home.

Besides, the victim also became pregnant with his baby in early 2010. She had an abortion after a few weeks of pregnancy. The papers obtained by Radar say,

“The victim said Daniel Toce was the only person she was having sex with at the time and he was the father of the baby. The victim said she wanted to keep the baby but she had no way to support it and it would have resulted in Daniel getting arrested.”

Additionally, the then minor said that Daniel used to take cocaine and physically abuse her. Toce was finally arrested and was charged with two counts of second-degree sexual assault and one count of risk of injury to under 16-year-old victim in 2010.

He was found guilty of sexually assaulting and having illicit sexual contact with a minor in the following year. He was given ten years sentence at the MacDougall-Walker Correctional Institution in Connecticut, a maximum-security prison.

But, Daniel was released after two and a half-year of serving in Feb 2013.

Other Criminal Records of Daniel

Prior to the abovementioned case, Toce had a list of convictions of several disorderly conducts, larcenies in East Windsor and in Enfield, and second-degree robbery. Besides, he was once arrested for breaching the peace in Coven.

What is Daniel’s Net Worth?

As per sources, his net worth is $1 million. Besides, Daniel Toce’s ex-wife Kim has an estimated fortune of $3 million. She mostly makes her money from her TV career.

Zolciak-Biermann grabbed huge attention for her appearance on the hit reality television series The Real Housewives of Atlanta.

What is Daniel doing now?

Since his release from jail, Kim’s ex-husband has remained grounded. So, any details on his current activities are secret. Furthermore, he hasn’t been in any sort of relationship with Kim and their daughter Ariana for a long time now.