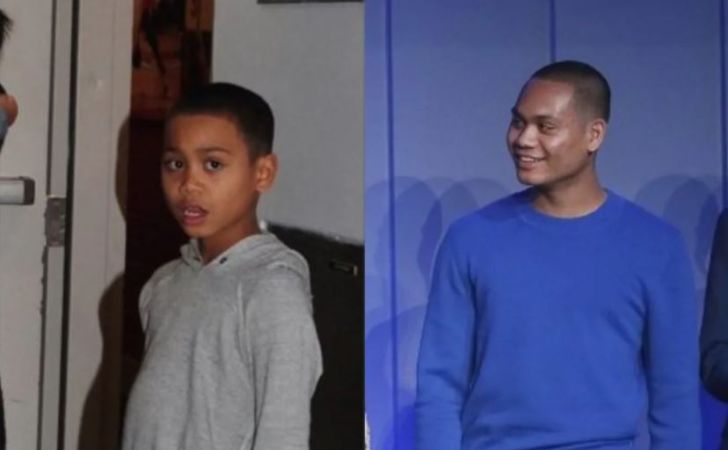 Ibrahim Chappelle has not accomplished much as a person, but he is widely recognized as the son of actor and comedian Dave Chappelle. Unlike his father, Ibrahim does not seem to have much interest in the glamour industry. However, he has already achieved decent fame in the media, all because of his famous father.

Well, how is his relationship with his parents? What about his love life? In this article, we are going to talk in detail about his career, relationships, and many other untold details.

Who Is Ibrahim Chappelle?

Ibrahim Chappelle was born in 2003, in Yellow Spring, Ohio, USA. He is the son of actor and comedian Dave Chappelle and Elaine Chappelle. While his father is an African-American, his mother comes from Filipino ancestry.

Besides, he also has two siblings, an older brother Sulayman and a younger sister Sonal. While his sister has already made her debut in the film industry, his elder brother has apparently shown no interest in the entertainment industry.

As his name entails, Ibrahim follows the Islamic faith. Not only him, but all the members of his family, besides his mother, follow Islam. The religion got introduced into his family after his father turned Muslim in 1991.

All the members of the family, except for Elaine are avid followers of Islam, however, they are not very traditional for that matter. Moreover, Ibrahim’s father is very faithful to the religion and has also mentioned several times that he doesn’t like to associate his name with this beautiful religion. He said,

Is Ibrahim Dating a Girlfriend?

It may sound very unreal for a star kid like Ibrahim, but it looks like he is not dating a girlfriend at present. In fact, he has not been associated with anyone who can be assumed to be his girlfriend.

Further, he has never made any public statement surrounding his love life. That said, it is highly possible that he is actually dating but keeping it a secret.

Well, for now, all we can do is wait until he actually speaks up about his romantic life if he is having one.

Apparently, Ibrahim is a huge fan of Kevin Hart and his father is the one who revealed the secret. During an appearance in one of his Netflix special Age of Spin, Dave candidly mentioned that his son loves Kevin and that he once asked $250 from him to watch his show. And the most interesting thing is that he was only 12 at the time. He said,

Moreover, he even insisted on Dave take him backstage to meet Kevin. On the matter Dave said,

I’ve known Kevin for years but can you believe I was scared to knock on his dressing room door,

Later, Kevin even invited him for dinner which he accepted instantly. Dave said,

When asked about dinner my son went like, “Actually Mr Hart, we haven’t eaten in several hours.”

Ibrahim Chappelle’s Parents Are Married Since 2001

The divorce rate is pretty high in the United States, especially among celebrity couples. But the stereotype seems inapplicable in the case of Dave and Elaine. The duo married in 2001 and are still going as strong.

The couple still shares a great bonding and has been spotted together on several occasions. in fact, Elaine was even there for Dave at the John F. Kennedy Center for the Performing Arts when he received the Mark Twain Prize.

Talking about their first meeting, they reportedly came across for the first time in New York City.

Ibrahim Chappelle is Not on Social Media

As unlikely as it may sound, Ibrahim is not on any social media platforms. It looks like he is not a big fan of likes and followers. His father on the other hand had a huge fan base of over 2.6 million followers on Instagram and 884k followers on Twitter.