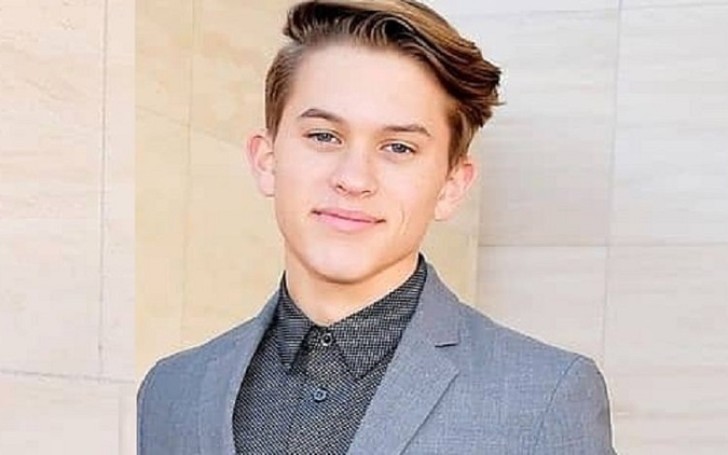 Sometimes you don’t need to work hard just for the sake of popularity. If you have a strong background it already comes along with it. That could be said for Deacon Reese Phillippe who has been the center of media since his birth.

The son of Ryan Phillippe and Reese Witherspoon lives a lavish life all thanks to his rich mom and dad. Aside from that, fans have been wondering if Deacon Reese Phillippe is also following in his parents’ footsteps or not.

Let’s trace out some interesting facts about Deacon that you should know!

Deacon is the second child of one of the former iconic Hollywood couples Ryan Phillippe and Reese Witherspoon. Although his parents divorced early, they share the same love for their adorable kids.

Both of his parents have a splendid careers in the entertainment industry. His doting mother Reese has won a number of prestigious accolades most significant of which are Academy Award, Primetime Emmy Award, and more.

Has an older sister and two younger Half-Siblings

Deacon grew up along with his older sister Ava Elizabeth Phillippe, born on September 9, 1999. She currently studies at the University of California, Berkeley.

He is also an older brother of two half-siblings, a brother, Tennessee James Toth from her mother’s second marriage, and a sister Kai Knapp from her father’s relationship with Alexis Knapp.

Witherspoon and Ryn married on June 5, 1999. They got separated after nearly six-year of their marriage in October 2006. After their divorce finalization in October 2007, the two share joint custody of their kids.

Where does Deacon Reese Phillippe go to College?

He went to Brentwood School. He then went on to enroll at the University of Cambridge. As of now, he studies at Pacific Palisades Charter High School and is set to complete his graduation from college in 2022.

He was quick-tempered as a kid

Generally, everyone is different as a child. Likewise, Deacon was short-tempered when the star kid was an infant. As per the story, his mother Reese told People, Deacon once threw a truck across the room when she told him she had to go to her work.

Phillippe is a music lover and released a debut song too

Deacon Phillippe came up with his first-ever single ”Long Run” at the very young age of 16. He shared the post on Instagram with the caption on 10th June,

The budding artist worked on the track along with Nina Nesbitt, a Scottish singer-songwriter. His mother Witherspoon promoted the new single with a TikTok video of her dancing to the song.

The coolest celebrity mom, Reese, also promoted the song on Instagram: “New Song of the Summer! #LongRun So proud of my son @deaconphillippe… his first single with the incredibly talented @ninanesbitt is out now! It’s the perfect summer bop with a sick beat and dope drops (is that what the kids say?!) check it out! link in my stories” her caption reads.

Deacon Reese Phillippe is a Musician at Sony Music Entertainment

According to his Linkedin bio, the star kid is now the full-time musician at Sony Music Entertainment, in Los Angeles, California. Furthermore, Phillippe is a freelance graphic designer at Freelance Design since October 2016.

He previously worked as a part-time social media producer at Deedle for eight months (May 2016-Dec 2016).

Phillippe became viral on social media when he appeared on his mother Witherspoon’s first TikTok post in Sep 2019. In the video, he explained to his mom what the app does. She said in the video, “Deacon, this is very important. I’ve brought you here because I have questions for you”

When Reese asked her son “What is TikTok” he replied it is a “short-form video platform.”

She captioned the video “@deaconphillippe tries to teach me how to Tik Tok, and she added a crying with laughter emoji. “I think I nailed it…”

The young boy is pretty close to his mother.

Deacon and his dad Ryan are great fans of music

Ryan Phillippe and his 17-year-old son Deacon loves music and often attend several programs together. Back in June 2019, they went to Delaware to attend the 2019 Firefly Music Festival.

Their favorite singer Post Malone also performed at the festival.

Who is Deacon Reese Phillippe Girlfriend? He has a beautiful partner

Phillippe is currently dating Marine Degryse. They both rarely share posts of each other on their social media accounts but a few are enough to know about their smoldering romance.

Phillippe celebrated his girlfriend Marine’s birthday by posting a sweet snap of themselves on Insta on April 26th. The two seem very much in love. Judging by their Instagram post, the two are together for quite a long time now.

Besides, Marine also wished her boyfriend Deacon on the occasion of his birthday, writing, “My birthday boy, I love you” on 23rd 2019.