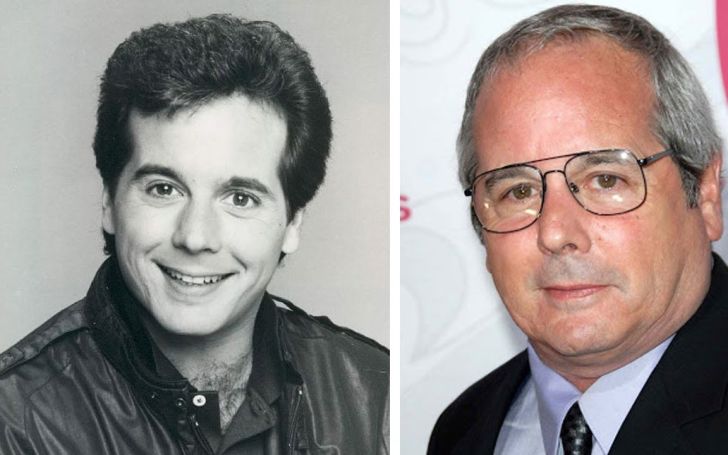 Desi Arnaz Jr. is an American actor and musician who is popularly recognized as the son of legendary Hollywood actors Lucille Ball and Desi Arnaz. Both his parents are best known for their work in the American sitcom I Love Lucy which was aired on CBS from October 1951 to May 1957.

Apart from being a celebrity child, Arnaz Jr., himself is an actor and musician. In his career in Hollywood, he worked in several movies and series. But alongside his profession, he always caught the media attention through his multiple romantic affairs with high-profile actresses and musicians. In this respect, he once called himself a playboy too. Well, how many relationships did he have? Is Desi Arnaz Jr. married? Who is his wife?

Read the below article to know everything about Desi Arnaz Jr., from his early life to his career in Hollywood and his multiple relationships and children.

Desi Arnaz Jr. was Born To The Iconic Hollywood Stars; His Early Life

Desi Arnaz Jr. was born to the renowned Hollywood actors Lucille Ball and Desi Arnaz on January 19, 1953, at Cedars-Sinai Medical Centre in Los Angeles, California, US. As of 2023, he is 69 years old. His birth name was Desiderio Alberto Arnaz IV.

Talking about his early life, he was raised by his father Desi Arnaz III who was a musician, actor, producer, and the founder of the successful Latin music band, Desi Arnaz Orchestra, and his mom Lucille, a singer, model, actress, and businesswoman. Further, Arnaz Jr. spent most of his childhood in his hometown and a few years of his teens in New York.

Besides, Desi who stands at a height of 5 feet and 11 inches belongs to mixed ethnicity as his mother had deep Colonial English roots while his father was Cuban. Desi Arnaz Jr. is American by nationality.

At the time when Desi’s mom Lucille was pregnant with him, she was a star in the TV sitcom I Love Lucy. Despite calling it quits, his mother kept working on the show and her real pregnancy journey was made a part of the storyline of the sitcom. In both real and reel, I Love Lucy star Lucille was pregnant and the day Lucille gave birth to Desi Arnaz Jr., her fictional character also gave birth to a son.

So, in this sense, the birth of Desi Arnaz Jr. is considered one of the most publicized matters in American television history in the 1950s.

As for education, he attended the University High School in Los Angeles. Further, he also studied at St. Vincent Ferrer School in New York and Good Shepherd Catholic School in Beverly Hills.

Desi is not the only child of his famous parents. He has an older sister named Lucie Arnaz who was born on July 17, 1951, which makes her 71 years old as of 2023. Just like his parents, Arnaz Jr.’s sister is also a successful American actress.

Apart from the profession, Lucie is a happily married woman. She is married to an actor and writer Laurence Luckinbill since June 1980. Prior to her marriage with Luckinbill, she was the wife of her ex-husband Philip Vandervort Menegaux. Similarly, from her two marriages, she is a mother of five children named Simon, Joseph, Nicholas, Benjamin, and Katharine Luckinbill.

Desi shares a beautiful relationship with his elder sister Lucie Arnaz. Both in personal and professional life, they cooperate with each other and are on each other’s side. On January 19, 2022, on Desi’s birthday, his actress sister post a loving photo of siblings on her Instagram with the caption,

Who loves you, Baby???
Happy Birthday to my handsome, nutty brother who turned 69 today!!! I love you, Desi.

Seeing the caption, we can say that still in their late 60s and early 70s, the brother-sister has a great bonding with each other.

Desi Arnaz Jr. Is An Actor; When Did He Start Acting?

As for his acting career, Desi professionally made his debut in 1968 as the son of his mother, Lucille Bell in the American Sitcom Here’s Lucy alongside his sister Lucie. He continued the show up until the year 1974. Following his acting debut, he then made a guest appearance in the episode “The Hombre Who Came to Dinner: Part 2,” of the show The Mothers-in-Law.

Further, Arnaz Jr. appeared as an actor in several other TV series and movies till 1992. His acting credits include Fake-Out, Automan, The Night the Bridge Fell Down, Matlock, A Wedding, The Mambo Kings, and several others. Further, he is also believed to be part of his parent’s famous show I Love Lucy. So, did he really in I Love Lucy which was aired in 1957?

“I can still remember watching the show when I was about three and wondering who was the baby with Mommy and Daddy, “When my parents said it was me, I was confused, because I knew it wasn’t.”

The actor also stated that the people’s consideration of him as a Little Ricky put him in an identity crisis. In an interview, he admitted that he had an identity problem. He said,

“I had this identity problem, and it wasn’t helped by people calling me Little Ricky, a name I learned to despise, “I remember wanting rather desperately to be better at something – anything – than the boy who played Little Ricky. For a while, it seemed as if everything in my life was connected to Little Ricky’s.”

Arnaz Jr. Is A Musician As Well: A look into his Other Profession

Lucille Ball’s son, Arnaz is a musician. At the age of 12, he began as a drummer in the trio band Dino, Desi & Billy alongside Dean Paul Martin and Billy Hinsche. In 1965, the band’s two singles I’m a Fool and Not the Lovin’ Kind scored in the hit lists. After that, Desi Jr focused on his acting career but in the period of 1990s, when Arnaz stopped acting, he then returned back to music and performed in musical tours alongside his band members.

Apart from being a musician and actor, the celebrity child also served as the vice president =of the Lucille Ball-Desi Arnaz center in Jamestown. Further, he is also the owner of Boulder Theatre in Boulder, Nevada.

Desi Arnaz Jr. has been Married Twice In His Life; Who Were His Two Wives?

In the year 1979, Desi married his first wife Linda Purl who was an actress by profession. The couple had a very short marriage that ended within a year. On January 3, 1980, his wife Linda filed for a divorce and it was finalized in the same year.

After seven years of his separation from his first wife, Arnaz Jr. again tied the knot with a professional ballet dancer Amy Laura Bargiel (aka Amy Arnaz) on October 8, 1987. The married duo had a great sense of understanding with each other and they together lived a beautiful married life. After their marriage, they settled in Boulder City, Nevada and Desi greatly supported his beloved wife Amy in her career as a ballet dancer.

Before Desi walked down the aisle with Amy, the couple reportedly dated each other for 3 years. They had their first meeting at the lecture of the spiritual author Vernon Howard and after that, they started seeing each other and eventually got married. Amy and Arnaz Jr. lived as husband and wife for almost 28 years. But, sadly, their beautiful marriage ended with the death of Amy in the year 2015. His beloved wife died of brain cancer at the age of 63.

Arnaz Jr.’s Relationship With Patty Duke; He Was Accused Of Being The Father Of Patty’s Son, Sean Astin

When Desi was just 17 years old, he dated the actress Patty Duke who at the time was 23. His relationship with Patty surfaced in the media when Arnaz Jr. attended the 1970 Emmy Awards Ceremony with his girlfriend. But their relationship came to an end when his mother Lucille Ball disapproved of their love affair.

After a year of their separation, in 1971, Duke gave birth to her son Sean. Since Patty had been in a relationship with Desi before her son’s birth, she preferred to call Desi Arnaz jr., her son’s biological father. But when Sean went for a DNA test, it showed Michael Tell as his biological father, not Arnaz Jr.

His Other Romantic Affairs

As a teenager, he was in a relationship with the model Susan Callahan-Howe. In the meantime, the romantic couple was around 14/15 years. During their relationship, 15-year-old Susan got pregnant with Desi’s child but later the couple separated, and Susan gave birth to her daughter Julia Arnaz and raised her silently as a single mother far from Arnaz Jr.

Further, the musician also dated actress and singer Liza Minnelli but separated after his mother didn’t approve of their marriage. In addition, he was also in love with other women including Kim Darby and Tina Sinatra.

How Many Children Does Desi Arnaz Jr. Have?

Desi is the father of two daughters, Julia Arnaz and  Haley Arnaz. Haley is the daughter of his second wife Amy Arnaz with her first husband Gary Frederick Charf. After he married Amy, he officially adopted Haley.

Further, Desi is the biological father of his daughter Julia Arnaz. His relationship with Julia was proved through a paternity test in 1991 when his daughter was 20 years old. After that, the father-daughter shared a beautiful relationship. In an interview, Julia once talked about her bonding with her father and said,

“We did a DNA test when I was 20 and it came back 99.97% that I was indeed his daughter and then shortly after that my father and I started a beautiful relationship

Later, The Mambo Kings star even amened his relationship with Julia’s daughter, his granddaughter, who sadly passed away.

Arnaz Jr.’s Granddaughter Died At The Age of 31

From his daughter Julia, he had a granddaughter named Desiree Anzalone who died of breast cancer in her early 30s. She was diagnosed with 2nd stage breast cancer at the age of 25. She went through chemotherapy and a double mastectomy but still, she couldn’t get rid of her cancer.

After 6 years, Arnaz Jr.’s granddaughter lost her battle with cancer and died in September 2020 at Smilow Cancer Center in Connecticut

Is Desi Arnaz Jr. Alive Today? What Does He Do?

The answer is Yes. Arnaz Jr. is still alive. Lastly, on January 2022, he appeared on his sister’s Instagram where his sister wished him on his 69th birthday. Regarding his whereabouts, there is no updated information however, we believe that Desi Jr. is probably busy with his theatre, Boulder Theatre.

Besides his profession, meanwhile, he must be enjoying his old age around his dear and near ones.

What Is Desi Arnaz Jr.’s Net Worth?

Arnaz Jr. has an estimated net worth of $40 million as of 2023. Undoubtedly, he earned a major amount of money through his career in the Entertainment industry. Further, he also inherited his parent’s estate after they died.

Justin Ryan Simpson, Son of O. J. Simpson: Where Is He Now?