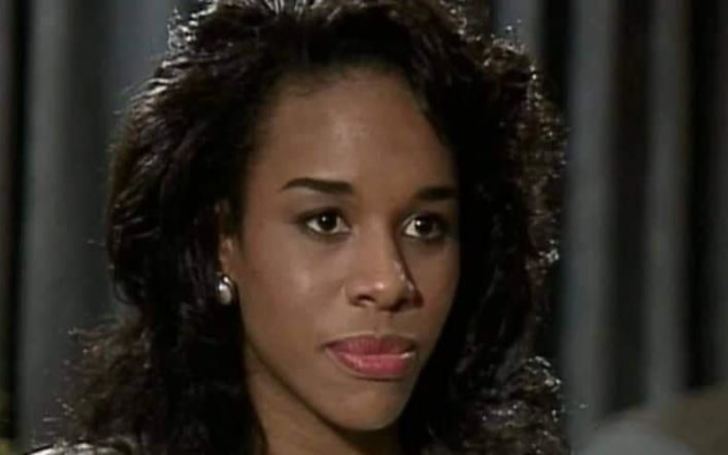 Desiree Washington is just another name that got the media attention because of her one-time connection with a notorious boxer, Mike Tyson. She is the famous subject who accused Tyson of raping her in 1991.

The former world heavyweight champion at the time kept on denying the accusations. Tyson still was sentenced to six years in jail. He has opened up about the event in the ABC’s Mike Tyson: Knockout documentary.

It has been over three decades since the incident, but some nevertheless still question, “What happened to Desiree Washington?” and “Where is Desiree Washington now?” To know all these along with what’s the real deal about her present scenario, just scroll.

Desiree Washington Once Lived A Comfortable Life With Her Family

Washington was born around 1973. Once, Desiree’s family owned a ranch-style home with a swimming pool and a deck in a small town south of Providence in Rhode Island.

Her parents Donald and Mary Belle Silva Washington, including her, raised three children. There was Washington’s older brother, Don Jr., and an adopted sister. Dez was 10 years old when her parents took the guardianship of Dorrae in 1984. Her adopted sister was three years younger than Desiree.

Washington’s parents were married to each other for 17 years. Her mother used to be a personnel manager. Prior to his divorce from Mary, Desiree’s father worked as a bookkeeper at the Days Inn in Cranston. They raised their children strict baptists.

Desiree Washington Was Popular As A HighSchooler

Washington went to Coventry High School where she was a varsity cheerleader and played in the school’s championship softball team. She used to work as a cashier at Kmart that summer between high school and college.

The Rhode Islander also did volunteer work and taught Sunday School – all the while on the honor roll. She was voted the most friendly and talkative girl in her school.

Dez studied at Providence College graduating in May 1995 with a psychology major. In her senior year, she was also a goodwill ambassador to Moscow, the only black in a group of 34 students from across the country.

She once revealed she wanted to be the first black female President.

In 1991, Washington won the beauty pageant, Miss Black Rhode Island. She was 18 at the time. That year, she also participated in Miss Black America.

The Time When She Became The Rape Victim

Desiree was a college student in Indianapolis competing for her beauty pageant when Mike Tyson happened to be one of its guests. Washington and Tyson met at the event.

A day later, the pageant winner reported the boxer had raped her as she checked into the emergency room of the Methodist Hospital. Desiree also revealed Mike and his team offered her $1 million to take back the case.

As per several reports, Washington reported the Iron Mike called her in his room at Canterbury hotel in Indianapolis and forced himself on her.

Police arrested Tyson in July 1991 in an Indianapolis hotel room. The rape trial took place in the Marion County superior court from January 26 to February 10, 1992.

Tyson And Desiree Were In Limousine Prior To Hotel Room Incident

Apparently, the beauty pageant and the youngest boxer ever to win a heavyweight title were in a limousine. Tyson claims that they made out for brief in the car while on the other hand, Washington argues she was surprised by the boxer’s unusual approach.

Mike, as for himself, claimed everything happened with Washington’s full consent and explained not to have forced himself upon her. The boxer denied the claims that he had misled Washington and stressed that she wanted to have sex with him.

After the jury deliberated the case for nearly 10 hours, they convicted Tyson on the rape charge on February 10, 1992. On March 26, 1992, Tyson received six years in prison along with four years of probation. The court ordered him to remain under the confines of the Indiana Youth Center (now the Plainfield Correctional Facility). He, however, was let go of in March 1995 after serving less than three years of the sentence.

The Baddest man on the planet to this day maintains he never sexually assaulted the 18-year-old Washington.

Washington’s Former Boyfriend Spoke Against Her In The Court

For a while amidst the court battle, it looked like Washington would lose the case. This was after a former boyfriend of hers gave an affidavit claiming that Dez once falsely said that he had raped her after they had consensual sex when she was 16 years old. The psychology student denied the accusations.

The statement, however, didn’t have a significant effect in the final hearings, whatsoever.

Desiree Washington After The Rape And Mike Tyson Sentence

After the assault, Washington gradually vanished from the media. Little to none is known about Desiree’s current whereabouts. Her only ever interview post the Tyson fiasco was in 1992 when she appeared in an interview with Barbara Walters.

During the talk, she revealed how the case changed her from being a social person to someone who started to sit all day in her room. The former model added the public blamed her for the incident and accused her of putting herself in danger, knowing Tyson’s violent history.

In 1995, the Los Angeles Times reported once the rape victim was residing in Rhode Island with her mother and set to graduate with a degree in psychology.

Desiree Washington Explained Why She Went To Meet Tyson At 1:30 In The Night

Four years later after the tragic incident, while talking with the La Times in 1995, the onetime Miss Black Rhode Island once again explained why she went to meet Tyson in the middle of the night. She reasoned that she went out with the athlete at 1:30 a.m. because of her father, brother, and granddad who were a big fan of him. She had previously given the same explanation in court during the trial and also during an interview with Walters.

Other Consequences Desiree Faced After The Rape Incident

After the debacle, the Rhode Island native pursued a civil lawsuit against Tyson seeking unspecified damages from the attack, as she lost her childhood home. Washington’s friends then reported how her life was shattered by her encounter with Tyson at Indianapolis Canterbury Hotel. They revealed Desiree’s parents getting a divorce; the pressure contributed to the breakup of their marriage. They even had to sell their home.

The Los Angeles Times in 1995 mentioned Washington and her mother started living in a working-class neighborhood in East Providence, R.I.

Also Read: 10 Celebrity Who Were Sexually Abused As A Child

Desiree Once Had A Serious Relationship With Her Boyfriend

The La Times mentions the time was around the rape incident; most presumably after the horrific accident. Washington had one serious boyfriend since that night in an Indianapolis hotel room. But that relationship ended soon after Dez visited the boy’s family.

Also the details as to who the boy was or why did the relationship end, never got out. As for the present, it is unclear, if Washington is married or not.

What Is Desiree Washington Doing In The Present?

As it appears, the former assault victim is nowhere to be found; at least in the vicinage of the media and tabloids. And the mystery is completely understandable. As multiple sources and persons close to the Washington family at whatever points have suggested that times turned out to be really difficult for them — post that night in the Canterbury Hotel room.

People constantly attacked Dez and her family and they could no longer live a healthy normal life ever again. As such it was only natural for Washington to go completely covert with the rest of her life.

Back in her interview with Walters, Dez declared it was the only time that she would be addressing society. She most possibly is sticking by the principle; also the answer why people might not hear from her certainly for a good amount of time.
Henceforth, it’s in a million scenario where she would be entertaining some followers over popular sites like Facebook, Instagram, and such.

What Is Desiree Washington’s Net Worth?

In light of the facts aforesaid, the details regarding Desiree Washington’s net worth is just another airy-fairy discussion. The subject is rather absurd given Dez, since the mid-90s, has been nothing but an extinct spotlight.