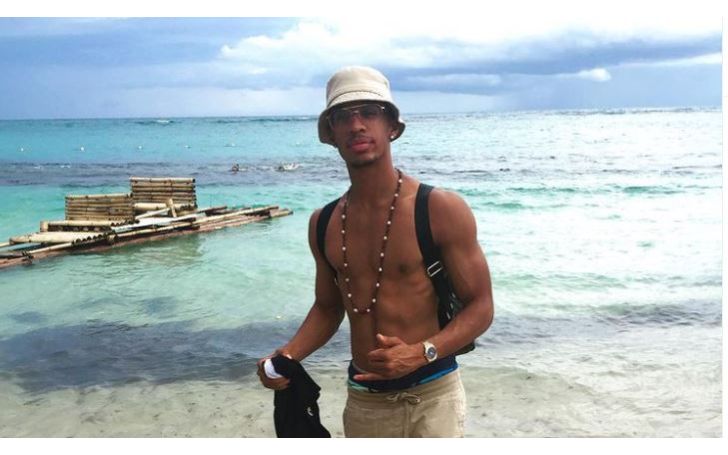 Devion Cromwell is an American star kid who is famous as Floyd Mayweather’s adopted son. His father Floyd is one of the greatest boxers of all time. Devion is the son of Melissa Brim, one of Floyd’s ex-girlfriends.

Since his childhood, Devion grew up alongside Floyd’s biological kids. However, one question always remained and that is who is Devion Cromwell’s father?

In this article, we’re going to find out all about Devious Cromwell. We will take a look at his early life, his education, relation with his siblings, and try to discover his biological father.

Devion Cromwell Parents: Who is his biological dad?

He was born in 1996, in the United States. Devion’s belongs to the mixed ethnical background of White and African-American. His mom belongs to mixed ethnicity, however, his father’s ethnic background is not known.

Devion’s mom Melissa Brim gave birth to him at the tender age of 19. Although the identity of his biological father is still behind closed doors, one thing is for certain that his mom and dad were fairly young when Devion was born.

No, Floyd is not Devion’s father but he played a pivotal part in his upbringing. When he first started dating Melissa, he also took her son under his wing and cared for him as if he were his own.

How many siblings does Devion Cromwell have?

The Mayweather siblings are usually spotted together but Devion is the only one who is rarely seen with them. Regardless of how they are in the public, we’re sure all five of them are close.

His half-sister Iyanna stabbed a woman

In 2020, Iyanna was arrested by the authorities over a stabbing incident. In April 2020, Iyanna aka Yaya entangled in a heated argument with Lapattra Jacobs, her boyfriend of the time, YoungBoy’s ex-girlfriend.

The discussion soon took a violent turn when Yaya got hold of a knife and stabbed Jacobs until she collapsed on the floor. At the time, it was reported that Yaya might even face 99-years in prison.

In March of 2015, right before Mayweather’s much-awaited match with Manny Pacquiao, news came that Floyd has apparently chocked his step-son.

According to the police report obtained by The Sun, the altercation between the duo happened on October 31st, 2014. The reports stated that Devion was partying with his friends when Floyd came into the house and asked all of his friends to leave. Then Cromwell confronted him and angrily said, ‘You’re not my father.’

Upon hearing such words, Floyd became agitated and choked him. The reports claimed it was a martial arts move in which “one arm encircled around the neck causing carotid and venous decompression and the other arm on the back of the head applying downward pressure.”

Devion didn’t press any charges against his step-dad

When the incident happened, a lot of Melissa’s relatives came into the open and stated their disgust over Floyd’s action. When everyone was waiting for Devion to press charges against Floyd, one relative said, “We are desperate for Devion to do what’s right and bring Floyd to justice.”

The relative further added, “He controls our whole family through fear and money. It’s only a matter of time before it happens again — or, God forbid, anything worse.”

What’s more, before the incident, Floyd already was guilty of two counts of domestic battery against Devion Cromwell’ mother. Nevertheless, in the end, Devion didn’t lodge a complaint against his dad.

What is Devion Cromwell doing nowadays?

For the past several years, Devion isn’t out in the media just like other siblings. Nevertheless, Devion is active on Instagram where he shows off his incredible lifestyle.

He is active on Instagram where he goes by the username @kingxcromwell. Going by his Insta account we can say one thing, he is living his life with no regrets. He counts his blessing and sees everything as an opportunity to grow.

Moreover, Devion has shared a couple of posts related to his step-dad Floyd from which we can say they are still tight with each other. Back when the retired boxer was facing Connor McGregor, Devion was on the sidelines supporting him.

Is Devion Cromwell in a relationship? Does he have a girlfriend?

If his social media is anything to go by, Devion doesn’t seem to have a girlfriend. Though he is active on Insta, he rarely shares pictures on it.

Meanwhile, his half-sibling Iyanna Mayweather was once in a relationship with YoungBoy NBA with whom she has a son named Kentrell Gaulden Jr.

How much is Devion Cromwell net worth?

Well, Devion isn’t really involved in any profession so it is quite hard to ascertain his net worth. That being said, he does flaunt a lot of expensive toys on his social media handle.

For instance, Devion is usually seen driving around in a Ferrari and sometimes in Mercedez 6×6 Brabus G700.

Both of these cars cost a lot of money so it is safe to say his step-father might have a big hand in it. While talking on the subject, Floyd is worth a mind-boggling $1.2 billion.