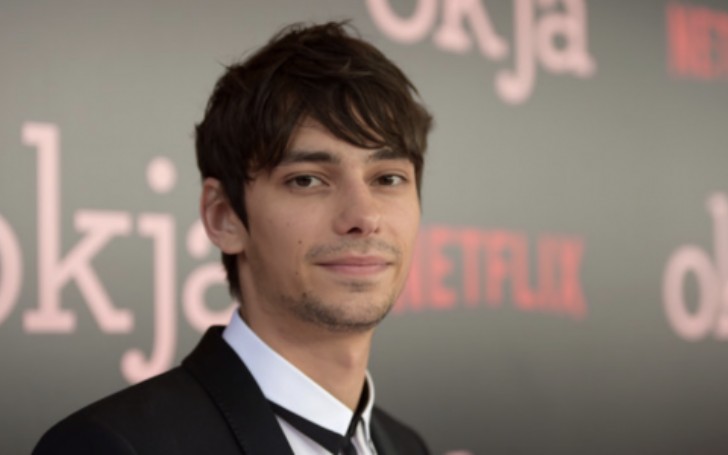 Devon Bostick is famous for his work in the hit TV series, The 100 and Okja. Apart from TV series, his revered movie role came in the Diary of the Wimpy Kid franchise.

Here’s everything about the actor of The 100 Devon Bostick’s life, his parents, siblings, dating life, and net worth.

The 100 stars Devon Bostick Family: Who are his parents?

The Canadian actor’s parents are an active part of the entertainment industry. His mom works behind the scene, whereas, his dad is an actor and fight coordinator in films.

Devon’s mother, Stephanie is a casting agent based in Toronto. She is often touted as the #1 casting agent and generally works on stage and screen.

On the other hand, his father, Joe is an accomplished actor. His acclaimed acting credits include It (2017), It Chapter Two (2019). Devon’s dad worked alongside Jack Dylan Grazer and Sophia Lillis in the horror flick.

Other movies include Lars and the Real Girl (2007).

Devon Never Asked his Parents to Help Him Out

As respectful and surprising as it sounds, the 28-year-old never asked his folks to help him out in showbiz. In fact, he came this far all by himself.

Whenever there was an audition, he’d record himself and sent the tape to the producers. He never really liked the idea of being helped out by his family in showbiz.

Yes, Devon has one younger brother named Jesse Bostick. He was born on April 18th, 1995.

Similar to his actor older brother, Jesse too treads the path of acting. Famous for his work as Antonello on the hit series The Borgias, he was nominated for Hollywood Young Artist Award for his role in Murdoch Mysteries.

His other acting ventures include The Good Witch, Mr. Magorium’s Wonder Emporium, Netflix mini-series Between, and Disney’s The Swap.

Maternal Grandparents were Actors as Well

Bostick’s maternal grandpa, Ken, and grandma, Hazel (Ayres) Gorin were also involved in the entertainment world. Both of them were actors and music hall performers.

What race is Devon Bostick? About his Ethnicity

From his mom’s side, he has English ancestry as her grandparents migrated from Middlesex and London.

From his dad’s side, he has English, German, Norwegian, Scottish, and some Welsh, Irish, French, and Dutch ancestry.

He studied at the Etobicoke School of Arts, Toronto, and majored in drama.

Is Devon Bostick a Vegan?

No, he is not vegan or vegetarian but after filming the 2017 South Korean-American movie, Okja, Devon had some new revelation. In the movie, he plays the role of Silver, a member of the Animal Rights activist group.

During the filming of the movies, all of Devon’s co-star started craving less and less meat. In an interview with a Hollywood reporter, Devon stated his take on the matter and told,

“I don’t think I was as conscious of an eater before. Though I’m not a full vegetarian, I’m much more aware of my intake and how big that footprint is.”

Rodrick Heffley from Diary of a Wimpy Kid: His Movies and TV Shows

Devon Bostick made his small-screen debut in 1998 in the series, Exhibit A: Secrets of Forensic Science. It was in 2004 when his career really took off. He was cast alongside Robert DeNiro and Greg Kinnear in the movie, Godsend (2004).

Meanwhile, Devon’s most acclaimed role came in the movie franchise, Diary of a Wimpy Kid. He played Rodrick Heffley.

In addition, he played Jasper Jordan in the series, The CW series, The 100 from 1st Season to 4th Season. He starred alongside Marie Avgeropoulos.

Moreover, he worked in Lily Collins in the movie, Okja.  He also had a role in Saw IV where the actor played Derek, however, his role was later cut out.

Similarly, Devon appeared in the TV series, Degrassi: The Next Generation from 2006-07, for 3 episodes. In the series, he portrayed Nic, a bully. He dated Mia Jones, played by Nina Dobrev.

Devon’s net worth stands at $1 million. He accumulated his fortune from his career spanning around 2-decades.

His total wealth is sure to grow in the upcoming year.

Devon Bostick Dating Life: Is he single or married?

At the moment, the actor is not in any public relationship. Devon is one of those celebrities who tends to hide their dating life from the public eyes.

What’s more, there is not much as a hint of a girlfriend on his social media handles. Safe to say, the actor might be single, let alone married to any spouse.

Nevertheless, many websites currently link him with the Swedish model, Alexandra Burman. Though there has never been any confirmation by both parties, speculations still rise.

Besides. Alexandra is also famous as the ex-girlfriend of Maroon 5 vocalist, Adam Levine.

Apart from Burmann, he was also linked with actress Stella Maeve. Rumors of their romance came to the surface by a series of tweets my Stella.

In one of the tweets she stated that she loves Devon and on another, she shared a cozy picture of the duo.

Tweeted about having a Girlfriend

It was back in 2013, when Devon, out of nowhere, startled his fans when he mentioned something about having a girlfriend in his Twitter account.

What is Devon Bostick Doing Now?

His most recent movie was Pink Skies Ahead, where he portrayed Greg. Furthermore, another movie, Words on Bathroom Walls is set to release this year.