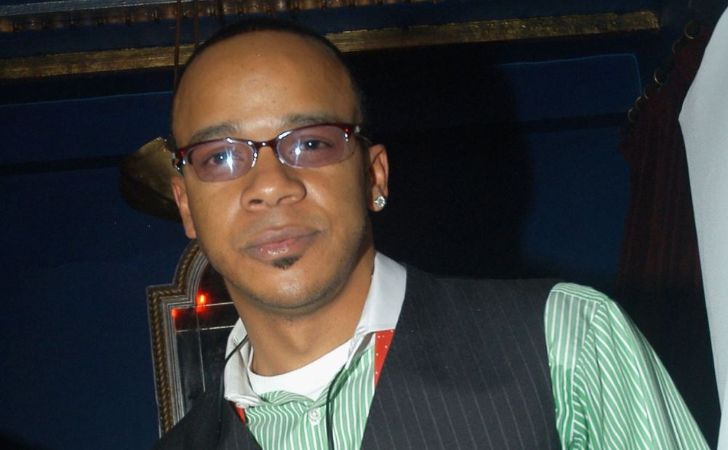 Todd Russaw is the ex-husband of a popular American singer and songwriter Faith Evans. Though he has already divorced his ex-wife Faith, he is widely famous, primarily because of his marriage with her. He also has two kids from his former relationship.

On the professional front, Todd Russaw is into health and wellness and runs several businesses in the related field. Well, years after separation from a famous partner, what is Russaw up to at present?

In this article, we are going to explore every detail of his career, relationship, and several other details.

Todd Russaw Is The Ex-Husband Of Singer Faith Evans

As we mentioned earlier, Todd gained recognization only after his marriage to singer and actress Faith Evans. They got married on 11 November 1997.

Though the couple led a pretty good relationship initially, they couple not stand to their marital vows for very long. Almost after being married for over 13 years, the couple called it quits.

They got a divorce on 17 May 2011. If sources are to be believed, Todd and Faith met for the first time through Missy Elliot, who happened to know them both.

Did Todd Russaw Have Any Kid With Ex-wife Faith?

From his marital relationship, Todd became a father of two. He welcomed his first child, Joshua Jahad Russaw, with Faith on June 8, 1998. Likewise, his second son, Ryder Evan Russaw, was born on March 22, 2007.

Apart from his sons, he also has a daughter named Tatum. But unfortunately, he has not revealed much about the mother of the kid. Back on December 14, 2020, he shared a photo of her daughter wishing her on her birthday. He came up with a beautiful caption, where he wrote,

Founding Partner Company My Princess!! Happy Birthday Tatum 👑 Daddy’s soo proud of you. I love you 🤎🤲🏾

Well, needless to say, he shares a great relationship with all his kids.

Not many know but his youngest child with Faith, Ryder Evan suffers from autism. Though he has divorced Faith, they still together take care of their son.

At the same time, Ryder is a brave child and is bravely fighting autism. In August of 2019, Faith too made a post on her Instagram where she explained how her brave son is coping up with the disease.

She also later stated that she wants to give her kid a normal upbringing like any other kid. She stated,

Todd too is putting out his efforts to give his kids better life.

Is Todd Russaw Dating After His Divorce?

It looks like Todd is all alone since his split from his ex. In fact, he seems to be more of enjoying his life as a single man. So far, he has not been spotted with any girl or woman who could be claimed as his girlfriend.

Also, he has not made any public statement about his relationship status, which makes it quite difficult to pinpoint if he is dating someone. Thus, it is safe to say, he is single at present.

However, on the other hand, his ex-spouse Faith has moved on in life. She married American record producer Stevie J. in July 2018 and is apparently leading a beautiful life together.

There are very few who actually know this, but Todd is a pretty successful professional. In fact, he has his hands in multiple professions. He first started as an executive producer for Pedigree MGI in 1997. There he worked until his divorce in 2011.

As for a fact, Pedigree MGI is an artist management and entertainment consultant and has handled many artists including Faith Evans.

Similarly, since June 2018, he is associated with Think BiG Holdings INC, where he is also a founding partner. Apparently, he is doing pretty well professionally.

Todd is a graduate of Glendale Community College. Starting in 1986, he finished his Associate of Arts degree in Communication and Media Studies in 1988.

Like most of us out there, Todd is on social media as well, Instagram to be precise. On his Instagram, he has over 3700 followers. Though he is not very active on the platform, he occasionally gives insight into his personal and professional life via his posts.