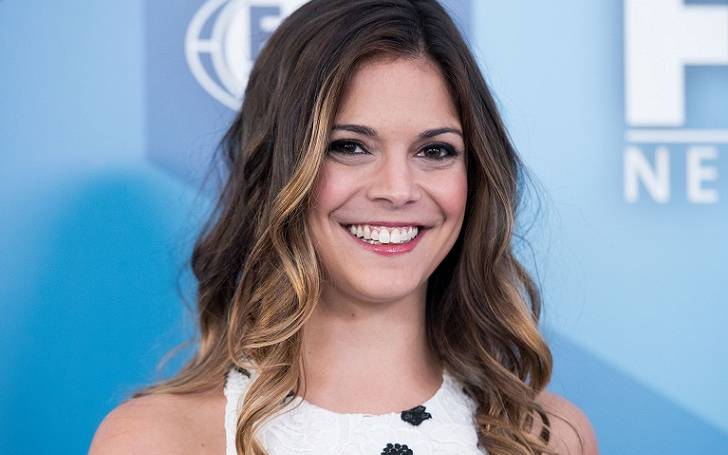 Katie Nolan is one of the veteran on-air personalities who currently serves as a host on ESPN. She is predominantly known for her aforementioned role on ESPN2’s Always Late with Katie Nolan and in a weekly ESPN podcast called Sports? With Katie Nolan.

Besides her prolific career, what about her love life? Does Katie have a boyfriend, or is she already married to her husband?

If you’re as big of a Katie Nolan fan, then there’s a good chance you’re obsessed over all things about Nolan’s love affairs & relationships right now.

Well, Katie has always been secretive when it comes to her personal life and romantic relationships. However, in May 2020, rumors spread that Katie was dating American stand-up comedian Dan Soder. Is she really dating Soder? Or is it just a hoax as always? Get to know everything about her romantic life here.

Who is Katie Nolan Boyfriend? Is She Dating Anyone?

Despite being a famed media personality, Nolan had completely hidden all the details regarding her bae and dating until May 2020. But on 18th May of the year, Page six announced that Katie is dating her beau Dan Soder. Even after the reports, both of them had tried to keep their love life out of the media for some time.

In the past, due to Nonal’s tendency to keep her love life private, it was quite hard to trace out who Nolan was dating. She had posted a number of photos with guys on her social media but never spoke a single word as to who her boyfriend was, but now we know exactly who her beau is.

How Did Nonal and Her Beau Soder Meet?

While their relationship is just revealed, they had been friends for a long time. The new couple had met multiple times on Katie’s shows.

In early 2017, Dan appeared as a guest on Garbage Time with Katie Nolan on Fox Sports. Nolan also shared a photo of her then-future beau, Soder, on her Instagram account on 4th Jan 2017.

Furthermore, Dan frequently appeared on Katie’s many other shows like Always Late with Katie Nolan and on her podcast Sports.

Back in Jan 2021, Katie’s bae Dan told Kevin Clancy it was a super weird situation for him when his relationship with Nolan made headlines in the media. He told why people tend to get engaged in someone’s private life rather than their professional life.

In the same interview, Soder opened up they started dating during their work hours.

Actor Kevin Connolly was Her Rumored-Boyfriend: How It All Began?

Back in 2012, Katie was reportedly in a relationship with Kevin Connolly. Her alleged bae Kevin is an actor known for his role in the hit HBO series Entourage.

Katie and Kevin’s dating rumors surfaced when they flirted on Twitter. But, later, it came to know they are just close colleagues. After their rumor turned out to be a hoax, Kevin dated several women. But, the actor now experiences a single life in the love department. Previously, Connolly dated British socialite Francesca Dutton from July 2017 to July 2018, an actress Sabina Gadecki from 2015 to 2016, and Lydia Hearst in 2014.

Katie Nolan Once rumored to be Married? Who Is Her Husband?

There are some speculations that Nolan is a married woman. Whether it is real, Nolan is yet to disclose any information about her husband. As I believe, it is also a hoax as the media personality never addressed the rumor.

Katie is a Devoted Family Member

Katie has a close and intimate connection with her parents and is often seen spending spare time with her family. She also has a brother named Kevin.

Besides, the host is a dog lover and has a puppy named Myrtle.

Born on 28th Jan 1987, Katie grew up in Boston, Massachusetts. A gifted athlete, Katie took a gold medal to her home, winning in rhythmic gymnastics at the Junior Olympics at the age of 10.

As for her education, Nolan attended Framingham High School, graduating in 2005. Upon her schooling, she went on to enroll at Hofstra University and obtained a Bachelor of Arts in Public Relations with a minor in Dance in 2009.

Max Kellerman is Married to Wife Erin Manning Since 1994: Story of Their Marriage

Who is Katie Nolan Husband? Also, Know About Her Parents, Siblings…