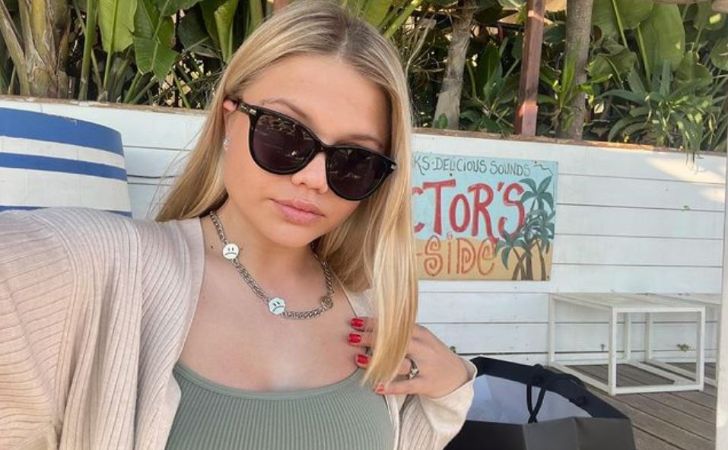 Greta Lundgren is the youngest daughter of Swedish actor Dolph Lundgren and Anette Qviberg. She is an aspiring model and a social media star. Though she is yet to make a professional debut as a model, she has already amassed huge fame in the media, all thanks to her famous parents.

Want to know more about Dolph Lundgren’s daughter Greta Lundberg? Well, in this article, we have brought to you details on her career, net worth, boyfriends, and much more.

Who Is Greta Lundgren?

Born in Stockholm, Sweden, Greta Lundberg is a Swedish model and Instagram star. She was born on November 30, 2001, as the youngest daughter of Dolph Lundgren and Anette Qviberg. As of 2022, she is 21 years of age.

She also has an older sister Ida Lundgren, who is a model and actress. Despite being a star kid, both Greta and her sister were raised away from the spotlight. As per the reports, she spent most of her early days in Marbella, Spain, and had a very normal life.

Unfortunately, Greta has not revealed much about her studies, but she is undoubtedly an educated individual.

As we said, Greta has an older sister named Ida who is a successful actress and model. Born on April 29, 1996, her sister has already appeared in a few movies and TV series.

She made her debut as an actress back in 2009 in Command Performance. In the movie, she played a character named Anna Petrov. Similarly, in 2012, she appeared in an episode of a TV series named Berg flyttar in and Gumball 3000 med Erik och Mackan in 2015. Further, she is set to appear in the movie Castle Falls, which is scheduled to release in 2022.

She Shares an Incredible Bond With Both Her Parents

Greta Lundgren was still very young when her parents divorced back in 2011. They married in 1994 and were together for around 17 years before they finally divorced.

Though it has been years since her parents split, she shares a great bonding with both her father and mother. In fact, she spent enough time with them and often shares photos of them on her Instagram, which pretty much reflects the bond they share.

On May 31, 2020, she shared a beautiful post with her mother on her Instagram, which clearly showed the love they have for one another. In the caption, she wrote,

Not only her mother, but she also loves her father pretty equally. She doesn’t even miss to wish her father his birthday. Back on November 3, 2020, she wished her dad his birthday, sharing numerous photos of him.

They indeed have a great father-daughter bonding.

Her Parents Are Still Good Friends

Unlike most couples, Greta’s parents are still on good terms. In fact, they were on mutual terms and even raised their children together even after their split.

Back in August 2017, she along with her parents were even spotted enjoying the day at a beach in Marbella, Spain. While The Expendables actor showed off his shirtless avatar, Greta and her mother Anette flaunted their bikini body.

Well, the family looked pretty happy and content together.

Well, not many know but it looks like Greta is dating. She has not officially confirmed her romantic relationship, but there are numerous photos of a guy with her on her Instagram, who appears to be her boyfriend. Though she has not revealed his name, the two seem pretty close and the love they have for one another is pretty much visible.

We hope, she reveals the name of the guy soon and officially admits their relationship.

How Much Is Greta Lundgren’s Net Worth?

Born in a financially successful family, Greta has enjoyed a decent life from early childhood. But since she has not started a career professionally, she doesn’t earn money of her own. However, her father Dolph is pretty rich with a net worth of over $18 million as of 2022.

As a public personality, Greta is active on social media. She is not only on Instagram and Twitter but also has a channel on YouTube. As of 2021, she has over 60k followers on Instagram and around 159 on Twitter. Talking of her self-titled YouTube channel, she has posted just a few vlogs and is not very active. Hopefully, we will get to see her more on her channel.