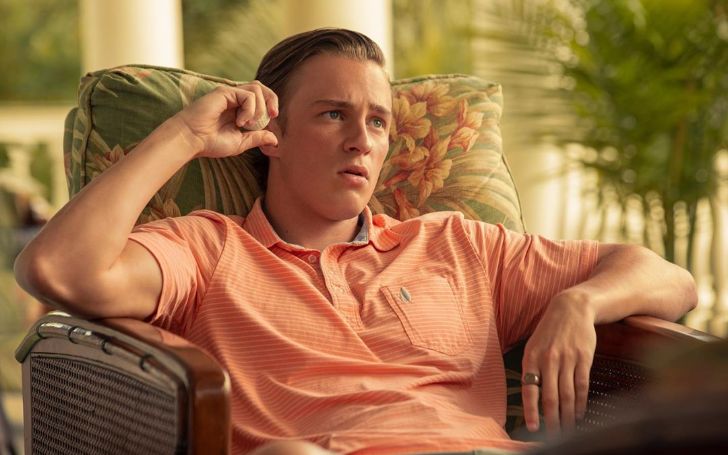 Drew Starkey is an American actor, who rose to prominence with the Netflix series Outer Banks. He has also appeared in many other movies and TV shows that include Love, Simon (2018), The Hate U Give (2018), and a few others.

Over the years, he has appeared in numerous movies and TV series. Well, with all the popularity that he has achieved over the years, there has also been a lot of curiosity about Drew Starkey’s girlfriend. So, is he dating a girl or is he already married?

Here, we will talk in detail about his career, family details, girlfriends, and much more about his personal life.

His Age and Height

Where did Drew Study?

He did his schooling at St. Stephens High School, Hickory, and finished his higher education at Western Carolina University.

Check Out The Funny Version of Drew

Nevertheless, when it comes to the identity of Drew’s parents, he prefers to not reveal their identity in public. We hope he will talk about his family someday.

Drew Starkey’s Parents Divorced When He Was a Kid

Like any other kid, Drew is close to his parents, but he did not get to spend much time with them as they divorced when he was still a kid.

As of 2021, his mother Jodi Ballard Hutto is married to Brian Hutto, and they together reside in Stanley, North Carolina.

On the other hand, his father, Todd Starkey, has remained unmarried throughout and works as a basketball coach at Kent State University in Ohio.

Drew has three siblings, two sisters Brooke Starkey and Mackayla Starkey, and a brother Logan Starkey. All three seem pretty close to each other.

The siblings still share a strong bond and often share beautiful photos on their social media. Check out one of the photos where the brothers cheer their sister after graduating.

That is adorable, isn’t it?

Movies And TV Shows: Made His Acting Debut with Love, Simon in 2018

The North Carolina native Drew has appeared in many movies and TV shows. He made his acting debut with the 2018 romantic comedy film Love, Simon. In the series, he portrayed the character named Garrett.

After Love, Simon, he became part of the Drama/Crime The Hate U Give in 2018. Despite all these appearances, he gained prominence only after his appearances in the 2020 Netflix Series Outer Banks.

He is the regular cast in the series and appears as the lead character named Rafe Cameron.

Drew’s most successful project as an actor is Outer Banks. In the series, he portrays the character named Rafe Cameron, the older brother of the lead character Sarah Cameron, which is portrayed by Madelyn Cline.

The story revolves around a group of teenagers who are committed to finding out the mysteries about the missing father of the group’s ringleader, John B. (Stokes).

It premiered on April 15, 2020, and also stars actors like Madison Bailey, Austin North, Jonathan Daviss, Charles Esten, and others in the lead.

Who Is Drew Starkey Dating Girlfriend?

If reports are to be believed Drew is dating his Love Is the Longest Con co-star Claire Van der Linden.

Well, despite the anonymous claims that Claire is his girlfriend, the two have not come forward officially to address the rumors. The alleged couple has been spotted together numerous times. In fact, they were also spotted together having their time at a beautiful beach. They reportedly began dating back in 2014, however, their present status has been a little unclear.

Reportedly Had a Relationship Before Current Girlfriend

Drew Starkey was also linked with a girl named Rachel Fox Marie in the past. Rumors of their affair came out when he shared a picture with Rachel in 2018 with the caption, “love doves.”

Just like his current romance, Drew neither confirmed nor denied this lovey-dovey.

26 years old Drew is not married yet. Also, he has not revealed his wedding plans. It looks like marriage is not in the plans for a long time. That said, we would love to see him married to a beautiful wife.

What is Drew Starkey’s Net Worth?

At present, Outer Banks serves as a major source of income for Drew Starkey.

Like many other celebrities, Drew is also on Instagram. He has over 3.1 million followers on the platform. He is quite regular and pretty much gives insight into his personal and professional life through the platform.

Other Interesting Facts About Drew Starkey