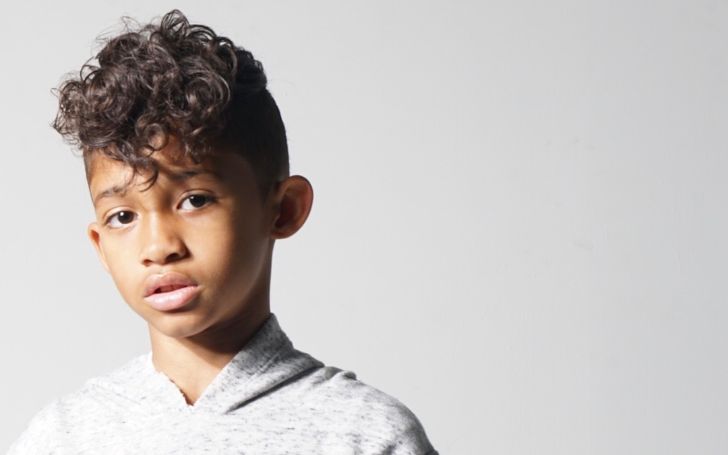 Dwayne Carter III is recognized as the loved child of famous rapper, singer, and songwriter Lil Wayne and radio broadcaster Sarah Vivan. His father started his career as a music artist at 12 when rapper Birdman approached him.

Besides, Dwayne’s parents were never married and there are also some rumors they never dated. Similarly, after being a child of one of the most known artists, Carter has become a subject of a lot of curiosity. People have been wondering about his age, relationship, career, mom, birthday, whereabouts, and many more.

What are we waiting for? Let’s get started!

Why Does Dwayne Carter III And His Father Lil Wayne Have Different Last Name? Details On His Age, Early Life

Many are still confused about the real name of the rapper Lil Wayne. To clear it up, Dwayne’s father was born Dwayne Michael Carter Jr. Moving towards young Carter’s personal life, Dwayne Carter III was born on October 22, 2008, at The Christ Hospital in Cincinnati.

As of 2023, Dwayne is 14 years old. He belongs to the Afro-American ethnical background and is American by nationality. Furthermore, Dwayne is still in his early stage, so let’s talk about his current day-to-day life.

Carter is currently studying. Likewise, he has shown interest in basketball. We came to know about that from his mother Sarah’s Instagram, where she often uploads pictures of her son Dwayne wearing a basketball jersey.

Is Dwayne Carter III Following In His Dad’s Footsteps?

Apart from sports, Dwayne has also impressed many social media users with his voice. Well, the rapper Lil Wayne certainly has a strong competitor in the family. Well, Dwayne’s father is recognized as the godfather of the hip-hop genre, so it isn’t any surprise that his son will follow the same path.

On November 1, 2022, DailyLoud showed Carter’s talent to the whole world after sharing his rap song on Twitter. Upon hearing his rap, there were many who people admired Carter’s rap.

Besides, Dwayne’s parents first met on the occasion of Sarah’s birthday. It was at a nightclub in Cincinnati, during a huge concert by Lil Wayne. Then, Cater’s mom fell head over heels for the rapper. However, they never got married.

Sarah has talked little about her relationship with Lil Wayne. Take a quick look at the video mentioned below!

But, Dwyane’s dad and his then-girlfriend received lots of criticism from their interconnected exes i.e Nivea and the songwriter The-Dream. At the end of 2015, the rapper and his ex-girlfriend Christina decided to part ways.

Siblings: Dwayne Carter Only Has Half-Siblings

As mentioned above, Lil Wayne is a music artist and also a father of four who stayed in a relationship with many girls and ended up sharing kids with them. From Lil’s side, Dwyane has one elder half-sister and two younger half-brothers.

Similarly, his older sis Reginae was born on November 29, 1998, to Lil and his high school girlfriend-turned-wife Toya Johnson. Then, on September 9, 2009, his younger brother Kameron was born to actress Lauren London and Lil Wayne.

The youngest among them, Neal, was born on November 30, 2009, to Lil’s ex-girlfriend Nivea. Besides, he also has one other older half-sister named Essence Vivan from his mother’s past relationship.

Dwayne Carter III’s Dad Feels Good To Be A Father

Although none of Dwayne’s siblings were born from the same mother, their father isn’t embarrassed about that. In fact, he says,

“I gotta say, I’ve done some pretty amazing things in my time but the BEST thing I’ve ever did is becoming & BEING a father.”

Similarly, Lil Wayne also said to MTV News that there isn’t anything better than being a dad. He said,

Not only that but, every one of Wayne’s children shares a great bond with each other, and he celebrated his 40th birthday with all of his children by his side.

Lil Wayne’s now former head chef Morghan Medlock filed a case against the rapper, Lil Wayne, for firing her without any notable mistakes. Medlock claims that she was on a trip to Vegas alongside Wayne and co when she suddenly had to head back to L.A. because she was notified that her 10-year-old child was injured in the head and was hospitalized.

She asked her employer to allow her to go back to her son but they didn’t listen and instead delayed the flight by toking up on the aircraft. Morghan then hightailed it out on a separate airplane after notifying Wayne’s assistant of the situation.

Despite working under Wayne for around two years, she was terminated from the job.

Then, one of Wayne’s team members texted her a goodbye kind of message, and it is believed that Lil himself said, “tell Chef Morghan this isn’t going to work.”

According to TMZ reports, Morghan, reportedly, wants at least $500k from the rapper for the injustice.

Is Dwayne Carter III Active On Any Social Media Handle?

Dwayne Carter III has an Instagram account under the name @yxngtune with nearly 10k followers. Likewise, under the same username, he has also created an account on TikTok.

On the other hand, both of Dwayne’s parents are also active on Instagram. Carter’s father has an Instagram account with the username @liltunechi whereas his mom is active under @sarahvivan.

Net Worth: How Rich Is Dwayne Carter III Parents?

Dwayne is living a very lavish life, thanks to his multi-millionaire dad Lil Wayne. Well, talking about the rapper’s fortune, he is estimated to have a net worth of $150 million as of 2023.