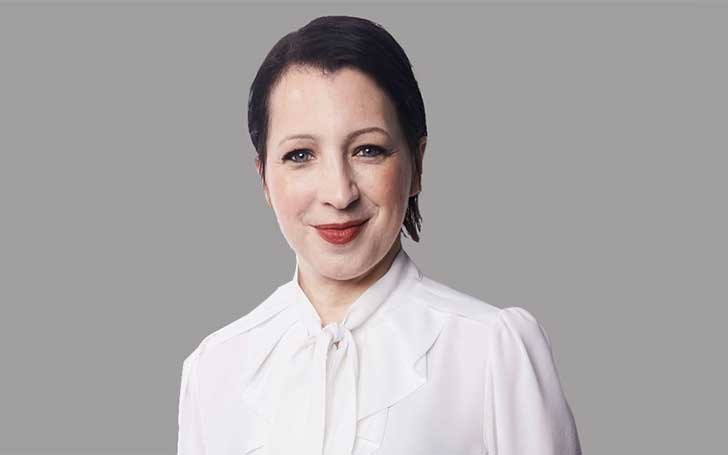 Elisa Pugliese is a Hollywood producer and actress. Besides, she is also famous as the wife of Hollywood actor and comedian Keegan-Michael Key. Pugliese is notable for her appearances in The Junior Defenders, The Cake Eaters, and School of Rock among others.

As a producer, Elisa Pugliese has worked in around 10 projects which include Blackout and Boy Meets Girl.

Elisa Pugliese was born and raised in the Bronx, New York, the United States of America. She holds an American nationality. Pugliese hasn’t talked about her early life ever in the media.

The Cake Eaters producer completed her graduation from Syracuse University in 1993.

Elisa Pugliese is happily married to comedian Kegan-Michael Key. Pugliese and Key got married in June 2018 after around a year of the relationship.

Tied the Knot at Their New York City Home

Where many celebrities love destination wedding, Keegan-Michael Key and Elisa Pugliese opted to organize their nuptials at their home in NYC.

The Key and Pelee star, 49, talked to Us Weekly about their choice of getting married at home. In the interview, Key said:

“Why would we get married in any place else if we love our home? Let’s have a reception upstairs and then we’re having a party the next day. A big party. So very intimate wedding, very big party.”

Days later, on June 8, 2018, Key and Pugliese exchanged their vows in the private wedding attended by their family members and the limited guests. On their big day, the bride wore a Prada gown whereas the groom opted for a black suit by Paul Smith.

Meanwhile, Pugliese carried a bouquet of orchids (designed by Elan Flowers) as she walked down the aisle.

Hosted Friends and Family at One World Observatory

On 9th June, a day after they married at their home, the newlyweds hosted their friends, family, and relatives at One World Observatory in New York City.

Among the attendees were Keys colleagues Michael Strahan, Cobie Smulders, Jordan Pelee, and Paul Rudd among others.

The Secretive Couple Announced Their Engagement in November 2017

Elisa Pugliese and Keegan-Michael Key kept their romance under the media radar for most of the time. Even though they had made their public appearances a couple of times, their relationship was almost out of the media sight. However, the lovebirds surprised the world by announcing their engagement in November 2017.

A representative for Key revealed their engagement news to People while the actor himself announced the big news on his Twitter later.

She shows me every day that each one of us has the ability to help make the world a better place. I’m the luckiest man ever. She said yes! pic.twitter.com/UYhtSQ4GQH

Meanwhile, the lovebirds of over two years haven’t welcomed any children as of 2020. Moreover, they haven’t revealed their plan on starting a family anytime soon.

Pugliese made her career debut from a small role as Stephanie in the 1998 film Montana. After that, she played some minor roles in some television series and films including The Agency, Law & Order, and School of Rock among others.

Pugliese’s last acting role came in the 2007 film The Junior Defenders in which she played the role of Carla Stanton. The same year, she made her directorial debut from the movie The Cake Eaters, in which she also played a small role as Stacy.

Elisa Pugliese Net Worth in 2020

Elisa Pugliese has worked as a producer and actress in over a dozen television projects and films. She undoubtedly earned a handsome sum of riches from her career in the entertainment industry, however, her net worth is not revealed as of 2020.

On the other side, her husband, who is a famous actor notable for his role in Friends from College and Key and Pelee holds a handsome net worth of $7 million.

Get to Know about Tony Dalton-Everything about His Family, Career, and Relationships