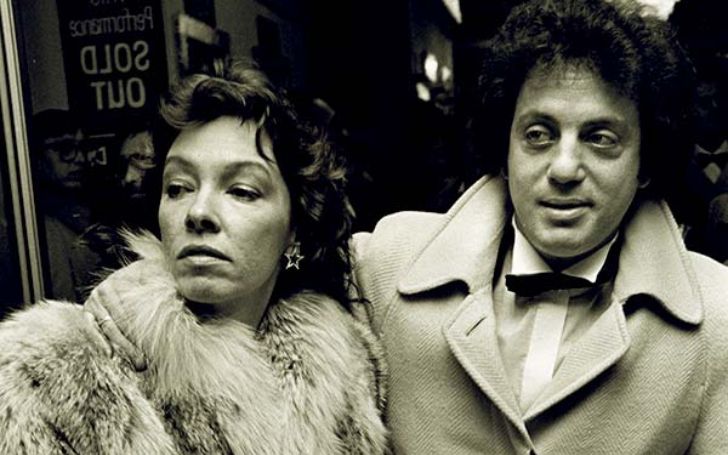 Elizabeth Ann Weber is the ex-wife of six times Grammy-winning musician, singer-songwriter, and composer, Billy Joel who has had one of the most successful and long-running music careers in the industry with songs that have remained timeless classics.

Throughout Weber’s ex-husband from his music career has accumulated massive amounts of wealth but for the most part, he has failed to gain what he valued most in life, a stable relationship.

It all started with Joel’s first wife, Elizabeth whom he had to have extensive patience yet to fail nonetheless. Of all his spouses, Weber might have given the most to the dailies to write something from Billy’s marital undertakings.

She is by and large an apparent villain in the Captain Jack singer’s life for whatever amount of time she was his wife. Know why the people like to think so about her in the headings underneath. Also, read if there’s another side to it. Further know about her happenings, if she is alive, and more.

Elizabeth and her ex-husband Joel had a rather tumultuous nine-year marriage. Sources report the fall-out of Billy and Weber’s relationship broke down the former quite badly.

Weber and Joel first met each other in the late 60s. It was after Joel had joined the rock group, The Hassles in 1967. It was also the year when he first met the band’s drummer, Jon Small who was at the time also the husband of Elizabeth.

Weber even had a son named Sean with her former partner Jon. Despite this, Joel started having an affair with Weber; he had developed an infatuation with her ever since their first meeting.

Recounting his first impression of Elizabeth, Joel said in an interview said,

“She wasn’t like a lot of the other girls I knew at that time who had taken home ec and cooking classes. She was . . . intelligent and not afraid to speak her mind, but could also be seductive. Almost like a European-type — not a typical American girl.”

Later when Weber and Joel’s affair was out in the open, the musical partnership between Small and the latter ended. Following this incident, Elizabeth decided to not stay with any of the two men nor her husband, or her lover.

After that, she disappeared for weeks. With the failure of both his album and his relationship with Weber, Joel, on the other hand, reportedly became suicidal.

The couple, however, later got back together and eventually tied the knot in September 1973. The 52nd Street singer was in his 20s when he married Elizabeth.

Billy apparently loved Weber quite enthusiastically. She was his inspiration for some of his greatest hits. Joel’s first wife Elizabeth became his muse who inspired him to pen down hits like Just The Way You Are, She’s Got a Way and She’s Always a Woman.

She additionally was also the impetus for the Waitress Practising Politics character on Joel’s 1973 single ‘Piano Man.’ After marrying the You May Be Right singer, Weber became his manager and oversaw his financial affairs.

While serving the role, she reportedly was a tough negotiator. She took responsibility for most of her second husband’s business deals and contracts. Because of her undeniably better way of doing business, people often referred to her as ‘Unfeminine.’

Many of them, however, also found Weber to be controlling, manipulative, rude. According to insiders she was also the one who used to find the rock and roll life more attractive than her husband.

The Rock And Roll Hall Of Famer’s first partner, Weber apparently always had a great affinity for money. Her ex-husband, Joel was madly in love with her. She, on the other hand, was never shy about asking for her own financial gain from the songs Joel would write for her. One particular incident showed how much Weber wanted to benefit from her husband’s career.

On one of her birthdays, when Joel played her his new song ‘Just the way you are,’ she reportedly had replied “Do I get the publishing, too?” and turns out she was serious about it.

In addition to entitling half of Joel’s wealth, Weber was also taking her earning cuts for working as his manager.

Despite all this, Joel tried to maintain his relationship with Weber. When the couple filed for divorce in 1982, the Easy Money singer was hopeful of reconciliation and went to buy her everything she wanted.

Even after the separation, the Ruthless People singer took some measures to save his marriage with Elizabeth Weber. Joel, in 1982, bought a $4 million (now over $20million) home in hopes of reconciling with Weber, but alas, his attempts were futile.

Joel’s plans to win Elizabeth back came to a halt after Joel went to hospital succumbing to a motorcycle accident and injuring both of his hands.

After the incident, Weber purportedly while visiting Billy in the hospital asked him to sign everything he had over to her. Later, remembering the incident, Joel said:

“I may have acted like an idiot a time or two, but I’m not a complete idiot.”. He then added, “That really killed it right there and there.”

The two eventually divorced in 1982 and it was Weber who lived in the million-dollar home with her son until 1997 when she sold the very house for $3.74 million.

Elizabeth Facilitated Her Brother To Steal Money From Joel

When Elizabeth was still with Joel managing him and his finances, she also gave her brother Frank an opportunity way to Billy’s financial establishment. The New York City-born artist claims that was one of his greatest mistakes.

Frank would work as Joel’s manager and also oversee his finances. He also sided with the Grammy winner during Billy and Elizabeth’s divorce and even continued to work with him after the divorce settlements.

However, years after Joel found out Frank was secretly stealing tens of millions from him. In 1989, Joel, henceforth, sued Weber’s brother for $30 million in contemporary damages and added $60 million in punitive damages.

Billy Joel, however, River Of Dreams singer had to settle out of court for about $3 million dollars. This was after Weber’s brother filed for bankruptcy.

Elizabeth And Joel After Their Divorce; Did Weber Remarry?

It may have been quite rough for Joel to move on post his split from Weber. He though did make it to the present. Even though two of his marriages after Elizabeth received the same fate as his first one.

The composer/songwriter after divorcing Ann wed Christine Brinkley in 1985. That lasted till 1994 after which Billy became the husband of Katie Lee ​(m. 2004; Sep. 2009) and then married Alexis Roderick in 2015.

As in the case of Joel’s first-ever wife, Elizabeth Weber, prospects get significantly all at sea singularly about her marital facets. This is primarily because the first wife of Billy Joel is all but an in-action big name in the media. So far she has been nothing but someone who was once related to a nationally celebrated musician.

The obscurity or the ambiguity around the name Elizabeth Ann Weber is so grave that not even the fact of whether she is alive or not is in the public consultation. Having said that it’s completely up to postulation whether the currently in her 70s woman has a new husband or has a whole new family. So is also the case with her date of birth or likewise specifics.

It’s been over four decades since Elizabeth’s separation from her singer-husband. Ever since then, Weber has been nothing but a blank slate. Further enhancing the mystery is her unsociability to social media or such platforms. It henceforth is unclear what she has been doing for a living all these years much less how deep her pockets are or her net worth.

While in the present it might be a bit of an overstatement, during the time of her divorce from Joel, Weber must have had struck quite a ton of money through the settlement or otherwise.

On the other hand, her former husband Joel now has through & through a more than secured life at least in terms of money; the now 72-year-old singer has an estimated net worth of over $200 million.