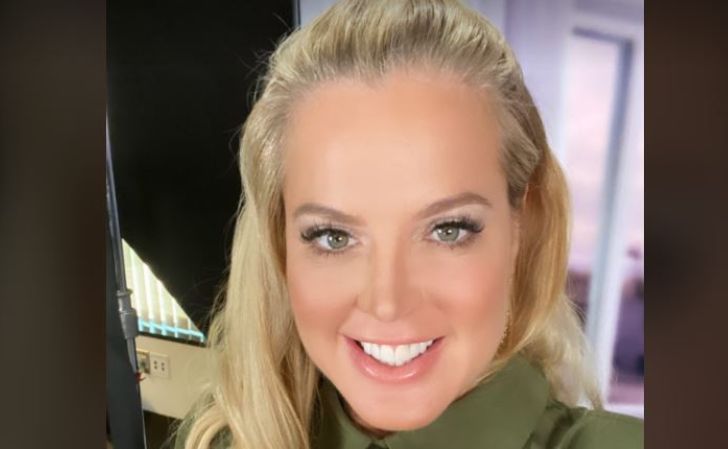 Elizabeth Lyn Vargas is a former cast of Bravo’s Real Housewives of Orange County. She is also a businesswoman based in California and also the ex-wife of American Seafood Groups’ former CEO, Bernt Bodal.

Fans barely got to know Elizabeth Lyn Vargas on Real Housewives of Orange County in that she was on the show for only one installment. Although relatively harmless, people had a hard time understanding her stories. Some even argue she was one of the ‘worst casting choices.’

While she did start to open up toward the end of the show, that however turned out to be a little bit too late. Because of her short time on the show, she didn’t leave enough of an impression. Still to some good percentage of people, Vargas went on to become a subject of curiosity if not hit.

So know how she is doing off in the current chapter of her life along with the review of her time in ROHC, the breakage of her nearly two decades of marriage, her current partner, and some shocking facts from her childhood.

While she is often mistaken for a Mexican, Elizabeth, who was born in March 1975 in Missouri is mostly a midwesterner with her parental ancestry having German roots.

In truth, her mother’s family are German engineers while her father was a preacher and a very religious man. She also has a brother.

Vargas studied jazz vocals at the Cornish College of the Arts in Seattle and is proficient in computer software as well.

In fact, she once worked a day job testing software for a company that did CT scans. She also used to run a chocolate company that made chocolate cigars for her Vargas Girls’ act.

Around the turn of the century, Elizabeth used to own the TheVargasGirls.com domain and used to post videos of her show on her website. It was because of this that she gained recognition into online and then cable TV.

Vargas then formed her own MySpace page and YouTube channels and did live streams and interviews with bands. Formerly a resident of Indio, Vargas now resides in Newport Beach, California.

As A Child, Elizabeth Was A Member Of Cult

The cult was at the Faith Bible Tabernacle in Missouri and originated from the Midwest. Apparently, it was her family that started the church. The once part-time Indio resident revealed her grandmother was the founder of the cult and her father was a pastor.

She said the cult focused on money and greed. Elizabeth revealed the environment was strict and harsh; she and other members couldn’t wear anything else but a specific uniform.

She also couldn’t eat anything but what they made for the members. The members in addition couldn’t leave the ranch and had to live in a commune. The cult also forbade its people to go to a hospital. Elizabeth likewise said how she often used to face molestation and would receive occasional beatings when in the cult.

During an episode of ROHC, the one-hit-wonder confessed she was never able to open up easily and suffered from occasional panic attacks because of the abuse.

Vargas added she had a troubled childhood because of it. She further disclosed her grandma had ordered her to speak in tongues.

The reality star also reported how everyone lived on the same property in trailers, while her grandmother lived in a mansion. While talking about her dark childhood on the show, she showed some articles and the actual newspaper clippings of that time.

Vargas revealed it was the FBI that eventually shut down the denomination. This was after she confided in neighbors about the abuse she was enduring at the cult. Apparently, it was her mother who did everything she could to get her kids out of that situation.

Elizabeth Vargas came into Bravo’s Real Housewives Of Orange County ahead of its season 15 premiere in Sep 2020.

She made her entry to ROHC through Kelly Dodd who she had known for a few years from the Newport party circuit. Lyn would remain cast of the west coast reality program for only one season, the 15th. She had to film the show amidst the covid 2020 pandemic.

Bravo announced she wasn’t to continue with the series in June 2021 Vargas. The network fired her off along with far more controversial cast members Braunwyn Windham-Burke and Kelly Dodd.

Later in an Instagram post, Vargas thanked NBC Universal and Evolution Media as well as all of the producers, film crew, and staff for the opportunity to participate in season 15 of The Real Housewives of Orange County.

In July 2021, however, the former Bravolebrity disclosed she had received a contract from Bravo a week before the studio announce her termination.

She had described it in the past as a “digital MTV.” During a 2016 interview with The Desert Sun, Vargas claimed her platform included one of the largest classic rock libraries.

Lyn added she also at one point had a deal with Eagle Rock Entertainment. The Siberian Husky owner had even licensed “all the music from Universal Music Group” in February 2015.

Lyn’s company also included an app for a music platform. The product at the time claimed to make it easier than ever for users to discover and stream the latest concerts, events, and music videos of the highest quality.

It additionally had a web version with channels featuring music videos and documentaries of pop, classic, cutting edge, and emerging musical artists.

It kicked off under the promotion of her company’s advisory board members Roger Daltrey of The Who, Steven Tyler of Aerosmith, Roger Taylor of Queen, Mark Turner of X-Box, John Paul DeJoria of the Paul Mitchell Systems, and VH1 Classic founder Eric Sherman.

The app had the vastness of its video library as well. Vargas claimed EMN had one of the largest classic rock libraries. When she was the CEO of EMN, Elizabeth also worked with Xumo, the company that purchased MySpace, to include her digital channel with its technology merging cable and digital programming.

Although she was going successful for a while with EMN, in July 2020 Vargas admitted her musical venture was a failure.

The founder of Edge Music Network then said she was going to pivot her life to a new direction to generate revenue. After Edge Music, she shifted to another business venture, Vargas Vodka. She launched the product while she was still in ROHC.

The ex-TV personality, who constantly talked about wealth and money on ROHC, says the percentage of every bottle sold goes to help save the animals.

Vargas and the Norwegian-American retired businessman, Bernt Bodal were husband and wife for almost 20 years.

They married in 2000 but separated in 2017. Lyn met Bodal when he walked into a nightclub where she and her musical group were performing and she sang Hey Big Spender to him. It was reportedly the late ’90s, in a Seattle jazz club.

Talking about her divorce, Elizabeth said she had lost herself being married; it influenced how she walked, dressed, talked, and how big her boobs were. After the marriage ended, the former cult member stated she got a chance to reinvent herself.

The apparent reason behind, Bodal and Vargas’ separation was the businessman’s infidelity, says the latter. Lyn also claimed her ex-husband had a child from that extramarital affair.

Who Is Vargas’ Current Partner?

As for now, Elizabeth is dating someone named Jimmy Juarez.

The couple met in 2020 but the internet has questions when it comes to the reality star and her new beau’s relationship timeline after some viewers uncovered a photo of the couple dating back to 2016 on Vargas’ Instagram page.

Elizabeth Admits She Is A Bisexual

During the Season 15 final reunion of ROHC, the 46-year-old admitted to being bisexual.

She opened up about her sexual orientation a year after the fellow ROHC cast, Bronwyn Windham-Burke came out as a lesbian. When in the reunion Braunwyn said there was no one on the cast of ROHC whom she could have talked to about LGBTQIA rights or Black Lives Matter, Vargas responded by asking,

“Have you ever asked me?” She then declared,

When the talk show host, Andy Cohen asked if she had always identified as bisexual, Elizabeth said: “100 percent, but I don’t practice it.”

In fact, when she made her debut in the ROHC, she was one of the wealthiest cast members. Some people also consider Lyn as an extremely successful entrepreneur.

While Vargas’ ex-husband, Bodal is significantly richer than her, the Missouri native has also been synonymous with luxury since her ’30s, at the very least. To have a bit of a perspective, Vargas used to live in a castle-like abode at the Madison Club across a fairway from music industry titan Irving Azoff.

She was into technologies for more than 15 years during which she secured millions of dollars in music copyrights for long- and short-form videos for nearly a decade.

Worth mentioning is after her divorce from Bernt, Elizabeth scored her $5M beach mansion, Range Rover, and Bentley in addition to $31K a month spousal support.