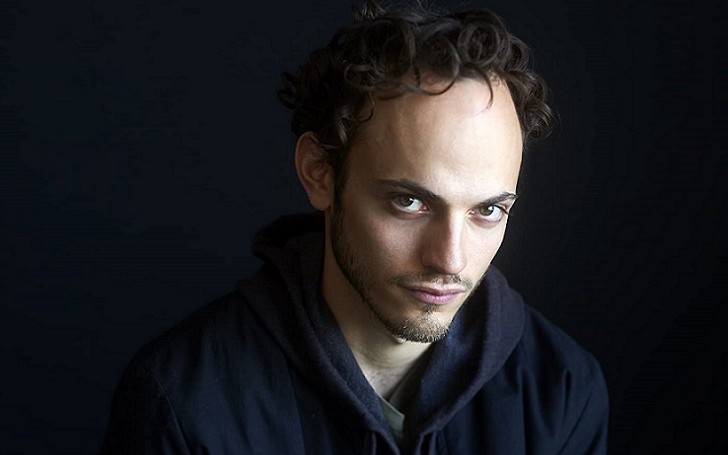 Evan Stern is a Canadian actor who first came into the light after his performance in the science fiction movie RoboCop (2014). The versatile performer made a major breakthrough with the role of Roald on the Canadian TV sitcom Letterkenny, in which, Stern appeared from 2016-20.

His other acting projects include Mia and Me, Family Tree, The Strain, and more. While there is lots more about his acting career, but what about his love life? Is the actor dating a girlfriend?

Let’s know more about his early life, education, and career in the following article!

Who is Evan Stern? Early Life and Bio

Evan Stern is a Canadian actor who was born on 13th October 1989, in Toronto, Canada. He holds Canadian nationality and belongs to the Caucasian ethnicity. The information about his family background is relatively less on the internet.

Back in Feb 2020, the actor posted a photo of his dad on Twitter. One of his fans commented, “Your dad looks like a cross between Anthony Edwards and Robert Downey Jr.”

Back in ‘88 when my dad trimmed a few hairs off a cat’s tail and superglued them to his face pic.twitter.com/FiobRdDioY

He grew up along with his little brother in Toronto. He frequently shares photos with his younger brother on social media.

Evan for schooling went on to Queen’s University in Kingston, Ontario. Apparently, the actor made his move to England and spent a year studying at The Bader International Study Centre, Herstmonceux Castle.

He earned a Bachelor of Arts in Drama Studies from the University in 2011.

He made his TV debut providing a voice for the series Mia and Me in 2015. A year after, Stern portrayed Brian on the two episodes of Bitten. Furthermore, Stern snagged the role of Roach in The Strain in 2017 and Genner in Killjoys in 2018.

Evan’s big break came after He scored the supporting character of Roald on the TV sitcom Letterkenny in 2016. He continued the role until 2020, sharing the screen along with Nathan Dales, Andrew Herr, and Kamilla Kowal as well.

The series aired on The Comedy Network follows the lifestyle of Letterkenny people. It initially premiered as a short-format web series Letterkenny Problems. The series also won a number of accolades like the Canadian Comedy Awards.

Besides, Stern also serves as host for the podcast Sleep Tight Fcker. He mostly discusses thriller movies on the show.

Evan Stern has kept every detail about his personal life to himself. He never came out publicly with any of his relationships. However, the actor has mentioned a possible girlfriend on a few occasions on his Twitter profile.

It seems Stern is secretly dating someone but has remained hush-hush on disclosing the identity of his girlfriend.

Besides, Stern is quite close to his twin nephews Kenji and Taizo. He often shares beautiful snaps with them on Twitter and Instagram.

Who is Evan Stern Partner?

Aside from the above speculations, Even is now reportedly dating a girlfriend Alanna Bale. Even though neither Stern nor his reported partner Bale has yet to confirm their relationship, their occasional social media clips hint something quite secret between the two.

Like Evan, his bae is also an actress. She rose to stardom after her breakout role on The Prime Radicals (2011-14). She has since worked in a handful of TV projects such as The Glass Castle, You Killed My Mother, The Machine, and more.

As per online sources, the Letterkenny star has $300,000 net worth as of 2021. He predominantly makes money from his acting career.

Other Quick Facts about Evan Stern