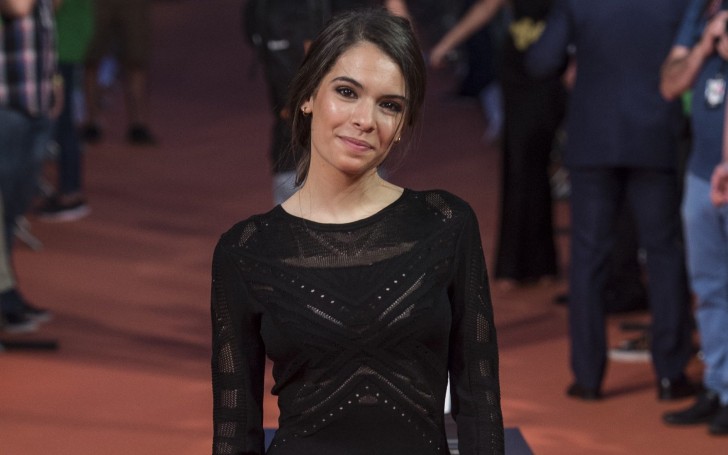 Claudia Traisac made headlines all over the world after featuring in the movie, Escobar: Lost Paradise. Her name became even more trending after her linkup with acclaimed actor, Josh Hutcherson.

Today we’re going to find out some interesting facts about the Spanish actress including her family, career, net worth, and other affairs.

Moreover, the actress also worked in Spanish musicals Hoy No Me Puedo Levantar and La Llamada.

What is Claudia’s Ethnicity?

She belongs to the mixed ethnicity of French and Spanish. Her grandmother’s mother was from France.

She is the eldest daughter of Rosa Blas Traisac. Her mother is an author and has authored Stranded in silence and Focusing on mysteries.

Likewise, Rosa also works as a film director and so far, her credits include Toma Cero and Pionera. What’s more, she worked as a director at Leganes Short Film Festival.

Her mom and dad separated when she was young. After their divorce, they shared the joint custody of Claudia. She mentioned in an interview about spending each day with either mom or dad.

Claudia has two brothers, although their name is not disclosed.

She rarely talks about her family in interviews, however, she has mentioned her siblings once. While talking to Revista Vanity Fair, she talked about her younger brothers.

Has Two Tattoos: One is Dedicated to her Family

The actress etched two tattoos on her body out of which, one of the tats is fully dedicated to her family.

She told Revista about having four points in the tattoo wherein each point is for her mother, father, and two brothers.

She also has an anchor and the actress planned to etch a rose under her arm.

She started working at the age of 11 and at the time, she used to go by the name Claudia Hernandez, a tribute to her late grandma.

Traisac made her mainstream debut in the 2004 TV series, El Inquilino, where she played the lead role.

Her most famous English role came in the 2015 movie, Escobar: Paradise Lost. She played the main role of Maria Escobar.

What is Claudia Traisac Net Worth?

At the moment, her net worth stands at roughly $450,000. Her fortune comes from her years of work in the entertainment industry.

As of 2020, Claudia is in a delightful relationship with American actor, Josh Hutcherson. The couple has been dating since 2013 but they officially confirmed their affair in 2015.

Initially, the duo met while filming the movie, Paradise Lost, where they portrayed each other’s love interest.

Besides, the duo tends to keep their romance behind closed doors and rarely makes any appearances together. Most recently, they were spotted cycling in the streets of LA, amid Coronavirus Lockdown.

Had a boyfriend in School

Claudia had a boyfriend during her time in school. While talking about her teen love, she revealed an interesting story about how she impressed her crush.

While she was on a school trip, she decided to make the move and impress him. However, things turned awry after she accidentally got her finger crushed by a metal ball.

Though it was a painful experience, the guy ended up becoming her beau.

Are Josh Hutcherson & Girlfriend Claudia Traisac Getting Married? Their Relationship From The Beginning