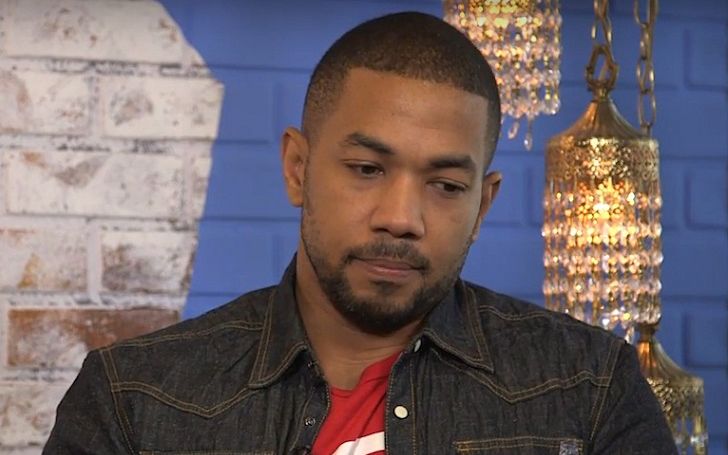 Alano Miller has established himself as one of the versatile actors with his effortless performance in every genre. He became the household name after his highly acclaimed role on the WGN America drama series Underground. He has also worked on many other hit TV and film projects, most notably on Jane the Virgin, Person of Interest, and more.

Aside from his career in acting, Alano lives a successful married life with his wife DeWanda Wise, an actress. The couple has been married for over a decade.

Here, we are going to explore every unheard fact of DeWanda Wise’s husband. Check it out!

Who are His Parents? Details on His Siblings

Alano was born on 1st December 1979, in Orlando, Florida. His father was an architect and an educator in Florida, however, the details about his mother are unknown as of yet.

Besides, the actor has seven older siblings. He grew up with all of them in his hometown of Orlando.

Alano holds an American nationality. As far as his ethnicity is concerned, Miller is of a mix of Cuban, Bahamian, and Jamaican ancestry.

Mekia Cox and Amanda Seales are His Childhood Friends

Miller is a close pal of Amanda Seales and Mekia Cox since his childhood days. On 29th Feb 2016, the actor shared a teenage photo with his buddies on his Instagram.

All of them have impressive careers in the entertainment field.

Alano Miller Won a Plethora of Accolades in College

The then-future star was a precocious child from childhood who started speaking publically at the mere age of five. He later attended Purchase State College, in Florida.

Miller won a number of prestigious accolades during his college days. He is the six-time recipient of the Martin Luther King, Jr. Oratorical Award. He has also won the Most Outstanding Senior Award as well as the Key to the City of Orlando.

Additionally, Miller holds three major national titles in orator that include Elks of the World, NAACP, and Modern Woodsman of America. He received the National Foundation for the Advancement of the Arts Award out of 8,500 pupils nationwide.

Above all, Alano Miller won the Presidential Scholar Award in 1997. The then-US president, Bill Clinton awarded him the prestigious accolade.

Played Basketball and Football at School

Miller used to play basketball at Seabreeze High School. He was also on the school’s football team. Besides, Alano served as a lifeguard.

He then went on to enroll at Penn State University and obtained a Master of Fine Arts degree.

The then-rising performer made his break after his breakout role in The New York Times Award-winning playwright, Tarell Alvin McCraney.

In 2009, Miller played in McCraney’s trilogy consisting of Marcus, or The Secret of Sweet, The Brothers Size, and In the Red and Brown Water.

The actor began his career appearing in a short film Champagne in 2008. He later featured in a few movies, including Loop Planes, Pour aimer, encore, and Hector is Gonna Kill Nate.

Miller came in the light with the role of Raymond Green in the successful romantic drama Loving (2016).

Miller scored his first TV role in Royal Pains in 2011. He rose to fame as the TV star following his longest small-screen role in Jane the Virgin (2014-18).

Furthermore, the multi-faceted entertainer gained further acclaim after portraying Cato on the WGN America drama series, Underground (2016-17). In 2017, he appeared on Fox’s ten-part drama series Shots Fired, in which he shared the screen along with his wife DeWanda Wise.

In 2020, he acted in the show, Cherish the Day, alongside, Xosha Roquemore and Cicely Tyson.

The famous Jane the Virgin actor, Alano was left temporarily blinded after an accident on the set of Cherish The Day, the new anthology series. It all happened in September 2019, when a production light burst with a very bright flash while Miller was filming for the new Oprah Winfrey show.

The actor was blinded temporarily during the accident. After that, medics sent him to urgent care at a nearby hospital. There in the hospital, doctors confirmed no severe damages in his eyes and allowed him to go home.

Miller returned to the set from the hospital and continued filming the scenes until the early morning hours.

The duo exchanged their vows on 26th June 2009, in a low-profile wedding ceremony. It’s been over a decade that the couple has been shared marital bliss and their love for each other still looks as strong as it was at first.

But, the lovebirds seem pretty secretive about their married life and rarely make joint public appearances.

When Did They Start Dating?

Sources reported that Alano and DeWands first met in early 2009. The couple started dating just three-month before they walked down the aisle in June.

In an interview with Essence, Alano’s wife Wise told, “I married my husband after three months.”

DeWanda and Husband Alano are Vegan

The husband and wife have been practicing vegan ever since saying their ‘I do’s in 2009. Miller who was raised on an animal-centric diet made a shift as a vegan just after a few months of their nuptials.

Just months after Alano became a vegan, the actor lost a huge weight of 60 pounds. In an interview, the actor commented that the plant-based diet boosted his energy.

Stepped Out to Join Vegan Dinner in 2017

There, they enjoyed items like Myrna potatoes with harissa, smoked dates, and more other dishes.

On 1st March 2017, the Alano and his better half, Wise appeared together at Underground‘s Season Two Premiere at Regency Village Theatre, in Westwood, California.

A Bit about DeWanda Wise

Miller and Wise share the same love for acting. His actress spouse grabbed huge attention after her role in the Netflix drama series She’s Gotta Have It. She played Nola Darling on the project from 2017-19.