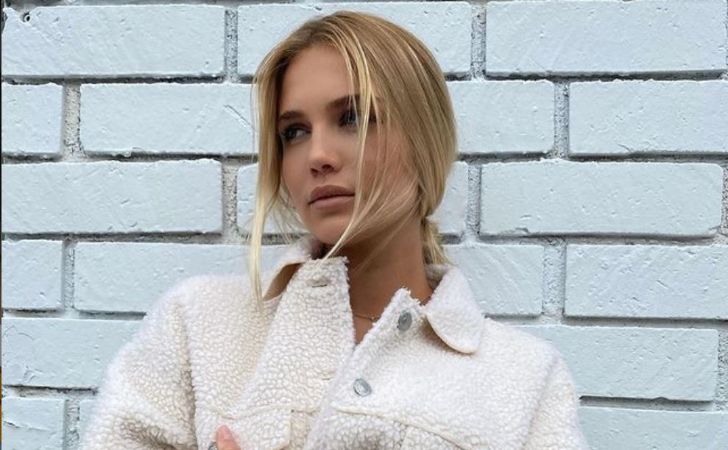 Ida Lundgren is a Swedish actress and model known for her work in Command Performance, Castle Falls, and Gumball 3000 med Erik och Mackan. She is also famous as the oldest daughter of Dolph Lundgren and his second wife Anette Qviberg.

As a model, she is associated with famous modeling agencies like TREND, Wilhelmina, and others as well. In fact, she has earned a decent fan following on her socials as well. While she is widely recognized for her professional achievements, she is also a hot topic when it comes to her love life.

Well, is she married or dating a boyfriend? Here is an answer to every question you are looking for about Ida Lundgren.

Who Is Ida Lundgren?

Ida is a model, actress, and social media personality. She was born on April 29, 1996, in Stockholm, Sweden, as the daughter of  Dolph Lundgren and Anette Qviberg. Her father is a successful actor who is known for his works like Rocky IV, The Punisher, and others. Likewise, her mother is an interior designer and a fashion stylist.

Needless to say, she shares a great relationship with both her parents. Ida also has a younger sister Greta Lundgren, who is an aspiring model. She is also very close to her sister and often makes appearances together in the public.

Like we said earlier, Ida is a successful actress & model and is active in the field for years. She began her professional career as an actress back in 2009 when she appeared in Command Performance. In the movie, she played a character named Anna Petrov, along with her father and other actors that include Melissa Molinaro, Katarzyna Wolejnio, and others.

Similarly, she has also appeared in an episode of Berg flyttar in and Gumball 3000 med Erik och Mackan back in 2012 and 2015 respectively. Moreover, in 2022, she will be seen in Castle Falls, Dolph Lundgren, Kevin Wayne,  & others in the lead.

Besides acting, Ida has also achieved pretty much as a model as well. So far, she has worked for numerous brands and modeling agencies like TREND, Wilhelmina, and MIKAS. As of 2021, she is signed under Elite Model Management.

Is Ida Lundgren Married Or Dating a Boyfriend?

The love life of celebrities has always been a hot topic in the media. And the case is the same with 25 years old model. Well, in case you are worried to know, Ida is not married as of 2021.

But is she dating a boyfriend? Apparently, Ida doesn’t seem to be dating anyone. There are high chances that she is single and not dating anyone at present. Despite being in the entertainment industry for years, she has never been reported of having a love affair.

That said, it is pretty much possible that, she is good at keeping secrets. We hope, she does reveal her partner in case she has one.

How Much Is Ida’s Net Worth?

As a successful model and actress, it is pretty obvious that she earns a good sum of money. However, she has so far not revealed her exact net worth. However, her father, who is also an actor is pretty rich with $18 million in net worth, as of 2021.

Ida Lundgren Mother & Father Are Friends Despite The Divorce

To all those who were unaware, her parents divorced when she was still young. Ida’s mother Anette Qviberg married Dolph back in 1994. The former couple reportedly had an incredible relationship initially but things didn’t work out between them. Almost after 17 years of marriage, they finally divorced.

But despite their divorce, they mutually took care of their kids. In fact, they still go out on vacations and enjoy their time together. Back in August 2017, Ida was seen enjoying her time together with her parents at a beach in Marbella, Spain.

While she along with her mother flaunted her bikini body, her father showed off his shirtless avatar. In fact, they seemed to enjoy their time together.

Well, most of her Instagram posts are her modeling photos, but she also occasionally posts about her personal life. Follow her on @idaslundgren, if you want to know her day-to-day life.