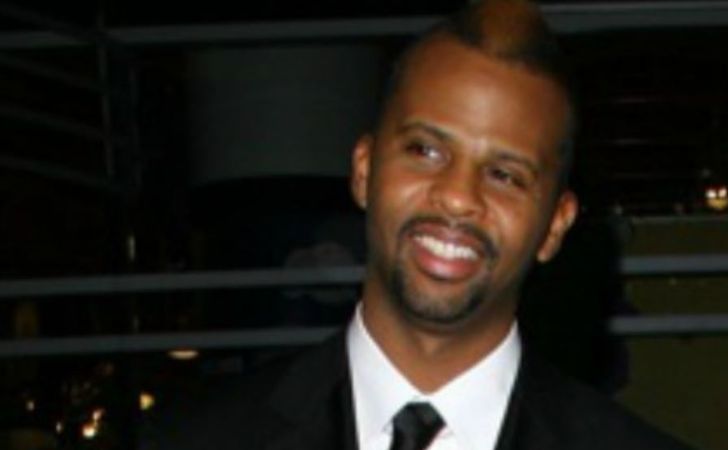 Lyzel Williams is a DJ and a graphic artist by profession. But he is also widely recognized for his former marriage with American singer, songwriter, and actress Jill Scott.

While he did not have a very successful marriage, he has reportedly been leading a successful career as a graphic designer. Further, he also shortly pursued his interest as a DJ.

Well, in this article, we are going to explore everything about Lyzel personal and professional life.

Lyzel Williams is a former Dj and a professional graphic artist at present. An American-born Lyzel gained tremendous fame after his marriage with actress and singer Jill Scott. In fact, the two had once become the talk of the town for their relationship.

Talking about Williams’ education, he joined The Art Institutes in 1990 to fulfill his creative aspirations. He finally graduated from there in 1993 and has since been pursuing his degree in Graphic designing.

Lyzel Williams Is Leading a Successful Career As a Graphic Artist

After receiving a formal degree, Lyzel started pursuing a career as a graphic artist. He joined The Philadelphia Tribune as a Graphic artist in 1994. There he worked for about a year until 1995. Meanwhile, he also joined Intermedia Interactive Software in 1993. There he worked as a Senior graphic and interface designer for 8 years, until 2001.

Similarly, he also worked as a part-time employee at Intermedia Interactive Solution from 1993 to 2002. There he was the senior graphic artist.

Well, since 2009, Lyzel is a full-time employee at Comcast Interactive Media as a Creative Design Specialist. Prior to landing a career in graphic designing, he also aspired to become a DJ, however, he later dumped the idea.

Apart from this, he also worked as a manager of his former wife Jill.

The handsome hunk is widely known for his marriage to Jill Scott. In fact, he gathered fame only after he tied the knot with the singer. As per the reports, Lyzel and Jill married in 2001 in a private Hawaiian ceremony.

With very few friends and a family member being invited, the couple wed in a very private ceremony. Well, their decision to walk down the aisle was not an impulsive one. The duo rather dated for over seven years before they finally took the decision to marry.

It sounds quite crazy but Jill even wrote a song, He Loves Me (Lyzel in E Flat), about her first date with her then-boyfriend Lyzel Williams. However, despite all the bonding and love for one another, the duo divorced in 2007.

After divorcing from Williams, Jill dated a number of men. Shortly after the split, she went on to date drummer Li’l John Roberts. In fact, during one of her concerts at New York’s Carnegie Hall on June 20, 2008, she shared a long kiss on-stage, stating she was already engaged to him.

From her relationship with Li’l she even welcomed a son named Jett Hamilton Roberts, on April 20, 2009. However, just two months after the birth of her first kid, Scott, and her drummer-boyfriend broke off. She announced her break up on June 23, 2009. The couple is co-parenting their children. In one of their interview, the couple stated,

We definitely love our son and we are co-parenting and working on being friends. It is what it is. I have a lot of support, so I want for nothing as far as that’s concerned.

Later on June 25, 2016, Lyzel’s former spouse Scott married for the second time to her longtime boyfriend Mike Dobson. But this time again, the couple filed for divorce in 2017 almost after 15 months of marriage.

Where Is Victoria DiGiorgio Now? Into The Life of John Gotti’s Wife