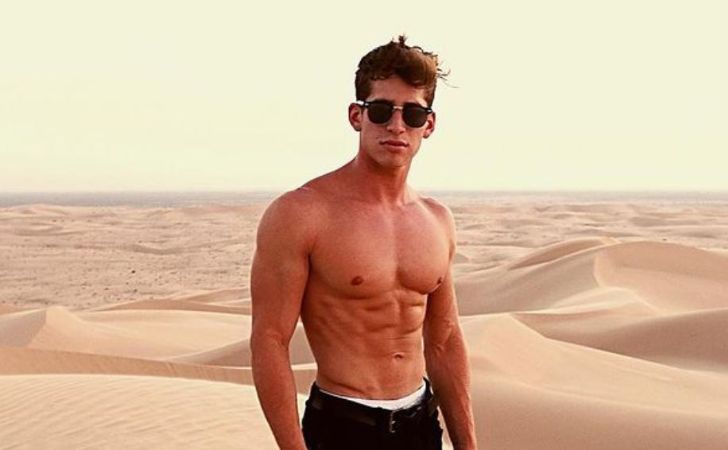 Mason Fulp is an Instagram star, YouTuber, and actor. In a very short time, he has earned a massive fan following across every social media platform including TikTok. Besides, as an actor, he is also widely recognized for his work in Brent Rivera.

Apart from all the fame and success as a professional, there is also curiosity about his love life. There are many who want to know about his love affairs and boyfriends. So, is he dating a girlfriend? What about his parents?

Here, we are going to explore every aspect of his personal and professional life.

Mason Fulp Was Born In The Pasadena, CA

A successful social media star, Mason Fulp was born on January 18, 1998, in Pasadena, CA, to mother Yvonne. By the time, Fulp turned 11, he along with his parents moved to Huntington Beach, California.

He spent a large part of his life in Huntington and even finished high school there. Talking about his siblings, he has a brother named Austin Fulp, who was born in 2003. He also has a younger sister named Summer. Like most of the siblings, they share a great relationship as brothers and sisters.

Mason Fulp Has A Huge Fan Following On Social Media

Like we said earlier, Mason is a social media star and has already gained huge authority on all the major platforms. He is active on Instagram, Twitter, TikTok, and several other platforms.

His social media posts cover fitness, comedy, and several other kinds of content. Apart from all these, he is also a social media marketer at Mason Fulp Productions.

Likewise, he is also a YouTuber and has over 233k subscribers on Youtube.

He Is Also An Actor and Producer

If you didn’t know, Mason is also an actor and producer. He has appeared in several TV series and has also produced a short film. He made his debut as an actor back in 2019, where he appeared in a TV series named Instagram Famous.

Later, in 2020, he became part of a mini-TV series Jeremy Hutchins, where he appeared in a total of five episodes. His major appearance came in the reality TV series Brent Rivera. He appeared in 57 episodes of the series alongside actors like Brent Rivera, Lexi Rivera, Ben Azelart, to name a few.

Not only this, but he also produced an episode of Brent Rivera, EN Stars: Guess The Word And I’ll Buy It. His other work as an actor was in the 2019 short film Brent Rivera-Bad Fajitas (Señorita Parody) With MyLifeAsEva.

Is Mason Fulp Dating a Girlfriend?

Fulp collaborates with several lady content creators on TikTok and Instagram, however, he has not mentioned anyone as his girlfriend so far. There is a high possibility that he is in a relationship at present, but since he has not officially admitted to dating anyone, it is safe to say he is single.

However, we would love to see Fulp’s girlfriend and hopefully, we will get to see her soon, just in case he is dating.

How Much is Fulp’s Net Worth?

As a social media star and the owner of Mason Fulp Productions, Fulp definitely makes a big chunk of money. But unfortunately, he has not revealed his exact net worth in 2021.