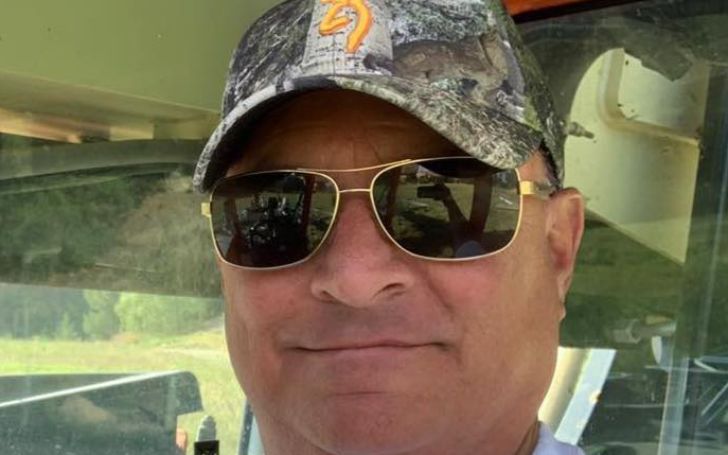 One of the Swayze brothers, who have also made a decent name in the film industry, Sean Kyle Swayze is an actor by profession. Though he isn’t famous as his elder brother Patrick Swayze, he still earned a decent name with a few credits to his name.

Besides, Sean is known for his clash with his late brother’s widow Lisa. What is the truth behind the controversy?

Find out the answer to the question including info on his career, siblings, family, and a lot more. We will also find out if Swayze is married or not.

Sean was born in October 1962, in Houston, Texas. His father, Jesse Wayne Swayze, was an engineering draftsman. He passed away in 1982 due to alcoholism. Similarly, his mother, Patsy Yvonne Helen Swayze, was a film choreographer, dancer, and dance instructor; she died of a stroke in 2013, in her home in Simi Valley.

Since Sean’s mother was a dancer and choreographer, he developed an interest in performing arts very early in life. Not only he, but all of his siblings are accomplished actors, especially his late brother Patrick.

Unfortunately, one of Sean’s sisters Vickie Lynn Swayze committed suicide in 1994. The exact reason behind her suicide is not known so far.

At the time of her death, she was reportedly 45 years of age.

Sean’s older brother Patrick is also no more with us. He died of complications from stage four pancreatic cancer at the age of 57, on September 14, 2009, 20 months after diagnosis. After the cremation, the ashes were scattered on his ranch in New Mexico.

As per the reports, Patrick was shooting for the pilot episode of the series named The Breast, when he had a sudden pain in his stomach. In January 2008, he has diagnosed with stage four pancreatic cancer and was treated at Stanford University Medical Center.

Again later on January 9, 2009, he was admitted to the hospital, because of Pneumonia, but was soon released.

Fights and controversy in the life of a celebrity are pretty common, and the case is the same with Sean Swayze. Back in 2015, he became a subject of controversy in the media because of his feud with his late brother Patrick’s widow, Lisa Niemi.

Clashes between the two began when Lisa accused Swayze’s mother of abusing her after Patrick’s death. However, Sean rejected all claims and stated that she could do anything for money.

Besides, Lisa also was granted access to all the properties owned by her late husband, which she sold shortly after his death.

Lisa and Patrick were married for 34 years. Four years after her spouse’s death, she married Albert DePrisco, a jewelry billionaire, in 2014. Ever since then Lisa has no contact with Patrick’s family.

Unlike his famous siblings who became actors, Sean never entered the profession. However, he was still involved in the business doing behind the scene work.

He worked in the transportation department for the film Letters from a Killer.

Though Sean also enjoyed a fairly decent career, he never got to attain the kind of success his elder brother Patrick achieved.

When it comes to Sean’s net worth, it’s hard to exactly tell the sum he owns. However, he lives an adequate life and rather enjoys all the modern luxuries.

Meanwhile, his brothers Patrick and Don Swayze’s net worth are pretty huge. At the time of his death, Patrick had a total of $40 million, whereas Don flaunts an estimated $7 million in 2022.

Is Sean Kyle Swayze Married? Who Is His Wife? Children

Sean has an image of a shy guy in the media. Despite a decade in the industry, he has maintained full privacy when it comes to his love affairs and relationships. Regardless, we have found out that he enjoys a beautiful marital life. He is married to his wife Jami Swayze since 12th November 1988.

From their marriage of several decades, the couple is a proud parents of one daughter, Cassie Swayze. Moreover, Sean and his wife are also grandparents to Cassie’s two beautiful kids, a girl and a boy.

Sean rarely opens up about his personal life. This is why most of the tabloids have blatantly written that he is single, however, the reality is different. Besides, the 58-year-old is living a relaxed life with his spouse, playing and goofing around with his grandkids.

As of now, he resides in Lancaster, California.

His Brother Patrick Was A Successful Actor

Among all the Swayze siblings, Patrick enjoyed the most success as an actor. In a career spanning a few decades, he appeared in dozens of movies, most of which did pretty well, critically & financially.

He started his career in 1979, appearing as Ace Johnson, in Skatetown, U.S.A. Shortly after this, he appeared in The Outsiders, alongside Matt Dillon, & Ralph Macchio, Youngblood, Steel Dawn, to name a few.

Likewise, his first TV appearance was as Chuck in The Comeback Kid in 1980. This was followed by plenty of roles on TV as well.