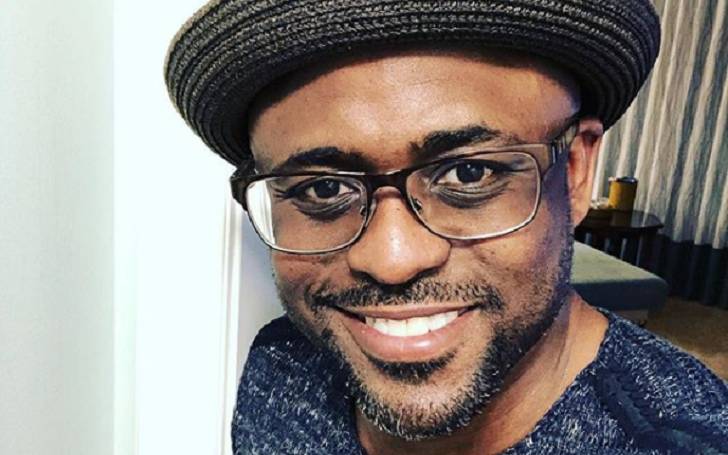 Wayne Brady is one of the most versatile figures in the entertainment world, who came in the light, winning worldwide popularity for his breakout performance in the acclaimed improvisational comedy TV series Whose Lines Is It Anyway?

Besides, the Award-winning TV host and actor has remained hush-hush on revealing his personal details from the past few years. So there are several questions from his fans including Is he married? Who is Wayne Brady’s wife?

Well, today we are going to explore every detail on his love life. Stick with us!

Wayne Brady First Wife Diana Lasso: When did they marry?

The couple exchanged their vows on 31st December 1993. Nonetheless, after two years of their marital relationship, they went on their separate ways in September 1995.

Brady was just in his early 20s and was also fighting to make his room in Hollywood at the time. He told Closer Weekly about his spouse and also suggested to not get married in the early 20s.

“My first wife is a great person, but you should not be getting married when you’re 20 or 21 because you still don’t know yourself. I think the lesson was not to rush into things.”

Judging by the above-mentioned statements, we can assume the reason behind their divorce was possibly their early marriage.

Know Something Unheard About Diana Lasso

Lasso used to work as a director of hospitality for Beau Vigne, a wine company. She was previously curator at Darioush Winery and worked for the company for around six-year. She later went on to join Palmaz Vineyards, a winery in the Napa Valley, California.

While working for Palmaz, Lasso played some highest roles including a national estate ambassador and a senior estate ambassador. Furthermore, Diana later also became part of the Opus One Winery for several months.

Talking about her family background, her father Carlos A Lasso passed away a few years ago. And her mother Inez Lasso is The University of New Mexico graduate. She also has two sisters Julie Ann Lasso and Elena Everett.

Her sister Elena studied at The University of New Mexico likewise.

Wayne Brady Second Marriage With Mandie Taketa: When did they first meet?

Brady and Taketa tied the knot on April 5, 1999, in a low key wedding ceremony. Talking about their first meeting, the two came across while they both were performing together in a show held in Hawaii. The couple remained friends for some time before things took a romantic turn. And they dated for a few years before walking down the aisle.

Brady and Taketa, interestingly, called it quit on the same day they got married in 2006. Mandie filed for divorce in mid-2007. She requested joint legal and physical custody in her petition. Moreover, the lady also asked for spousal support but it couldn’t be granted as they both became responsible for their own legal fees.

Brady’s rep told People, they split up on mutual understandings.

“The split is very amicable and they continue to remain the best of friends and committed parents.”

Back in 2019, the TV host told Us Weekly about Taketa,

“She is the most amazing woman in the world and one of the most amazing moms, I think, that has ever walked the planet. Our daughter’s proof of that and the fact that she slaps me into shape. She’s the reason I think that I’ve had the success I have.”

Wayne further explained they are “better friends than” husband and wife.

Therefore, it couldn’t be said for every relationship that there are always harsh feelings behind the couple’s separation.

Almost every parent is the second incarnation of God for their children. And when it comes to Wayne and Mandie, both parents have also spoused a worthwhile dedication to co-parenting the daughter.

The couple also lives in the same neighborhood for the sake of their daughter’s benefits. The actor said,

“We said we want to give Maile the closest experience to living in the same house. We have always lived in different homes. We just live super close now. The fact of the matter is I like Mandie … she was with me when no one else in the world was with me, except my mom. There was loyalty, there was trust, she is my baby mama.”

All things aside, they are great examples for many couples out there who are co-parenting their children.

Brady Co-Quarantine with His Daughter and Ex-Wife

In an exclusive interview with Access Hollywood, Wayne Brady shared his experience of self-isolating with his daughter, ex-wife, Mandie, and her boyfriend, Jason. He also clarified they aren’t quarantining under the same roof but spend the majority of their time together in each other’s house. He said,

“we live literally next door to each other. So our quarantining is a little different. We quarantine between both of our homes and I’ve got a big backyard and lots of land so we both share this land and this space.”

He further revealed they have a lot of enjoyment doing TikToks, playing board games, as well as writing songs together on his studio.

Moreover, Wayne also shared a good relationship with his ex-wife Mandie’s boyfriend, Jason. Talking about his ex-spouse and her beau, Whose Line Is It Anyway? star noted to People magazine,

“I love my ex-wife, she’s my best friend, and her boyfriend Jason is my boy.”

Brady Credited His Wife For Helping Him to Overcome Depression

Wayne Brady previously suffered from depression. He was hardly hit by the suicidal news of one of the greatest comedians of all time Robin Williams, who killed himself back in August 2014. Following his death, Brady also tweeted, “Depression is real. God bless him and his family.”

But a few months after Williams’ death, the actor himself came out with the same illness. Wayne said he had a “complete breakdown” on the day of his 42nd birthday. He also revealed he fought alone for some time and later his ex-wife Mandie played a major role to pull it together and recover. He explained,

It can be a true blessing for everyone if they have a woman like Mandie in their life. We wish all the best for their family.

Taketa was born on 3rd March 1976, in Honolulu, Hawaii. Her Japanese father Ronald Taketa serves as the executive secretary and treasurer of the Hawaii Carpenters Union. Talking about her ethnic background, Taketa is part Japanese and part Caucasian.

She got a full dance scholarship to the University of Hawaii but later dropped out after a year to pursue dance and acting career in Los Angeles. She has always been a competitor and began martial arts since the age of 5.

Furthermore, Taketa is also an accomplished dancer, certified yoga instructor, and physical therapist. She has worked on a few on-screen projects too like Celebrity Family Feud.

Who is Wayne Brady Dating Now? Rozonda Thomas is His Ex-Gf

Wayne Brady is not dating anyone officially. In spite of his rocking career, the actor and TV host has completely hidden all the details about his love life for years now. All these have raised questions on his sexuality. In fact, some already believe that Wayne Brady is gay. But despite all, Brady has not addressed the rumors.

Back in early 2014, Brady began dating Rozonda Thomas (better known as Chilli), a singer and actress. A source close to the couple told Us Weekly, “They were so cute, stopping to take pictures with fans.”

“It has only been two weeks but they really like each other. They’ve been friends for years but there has always been this flirtation. They make a really great couple.”

They were seen together during a TLC concert at the MGM in Las Vegas. Sources reported the two also dated briefly a year ago.