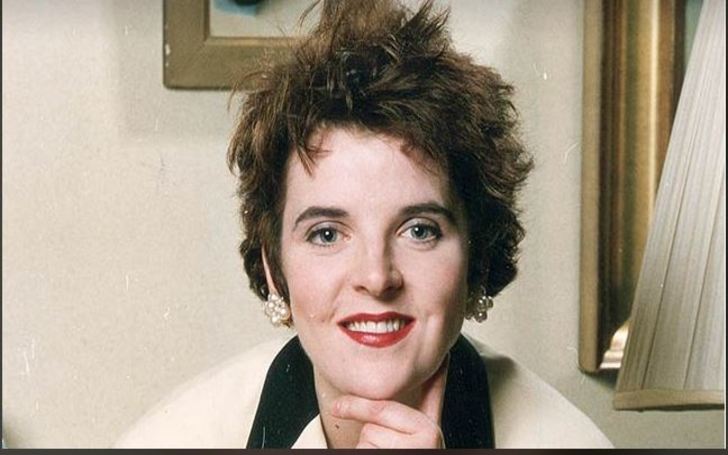 Abigail Hopkins (full name, Abigail Rhiannedd Hopkins) is the daughter of Sir Anthony Hopkins and his ex-wife, Petronella Barker. Individually, she is an actress, musician, singer, occasional theater director, and photographer. She has acted in the films Shadowlands, Remains of The Day, A Few Selected Exits, the docu-drama Elizabeth and Homogeminus, a Polish psychological thriller. The latter for which she also provided the music.

Abigail is just another name among those names who had/has it rough with their Hollywood parents. Anthony Hopkins’ personal life isn’t that flawless, unlike his almost every movie performance. That is especially true when it is about his relationship with his one and only daughter. For some, it might be hard to believe that the actor hasn’t spoken with his child for nearly 20 years.

So, what led to the rift between the father and daughter? Is there hope for reconciliation? Who is the guilty one? Also, what is Abigail Hopkins doing in the present? Where does she live? Is she married? Does she have children? Know all these in the details that are to follow.

Abigail Hopkins was born on August 20, 1968 (age 53 years), in Putney, London, United Kingdom. She studied at the University of East Anglia. The British actress started playing classical guitar at the age of seven.

She is a singer-songwriter, actress, and acting coach. Her albums include Smile Road (2003), Blue Satin Alley (2006), The Lighthouse Keeper (EP 2007), The Memoirs of An Outlaw (2008). Anthony’s daughter is also proficient in electric guitars and has worked with long-term collaborator John Winfield.

Abigail also played Catherine Parr in the television movie Elizabeth, but then decided to focus on music. The Putney native had launched her own record label in 2003, Possessed Records. She especially focuses on folk-rock music.

The only daughter of Hopkins and Petronella has played at South by Southwest in Austin, Texas, the MALTA Festival in Poland, and for numerous BBC Live Acoustic sessions. She was also a special guest on BBC Woman’s Hour twice. Her combined single, I’ll Be Waiting For You by The Bus Stand/In the Name of Love, reached Number 32 in the Adult Alternative section of the Friday Morning Quarter Back charts in the USA.

As of 2021, Abigail is working on her 4th album/5th recording, “Remembrance” produced from her home studios in New York and London. It is an intimate collection of songs, with its release date around the corner. She cruises as a singer-songwriter, actress, and acting coach throughout the USA, England, and Europe.

Abigail’s parents, Hopkins and Petronella Barker were married from 1966 to 1972. Hopkins’s biographer, Quentin Falk revealed that cracks had begun to appear in the marriage after just two months. And the news of Petronella’s pregnancy made him ‘so tense he was like a bottle of soda that was about to explode’.

Hopkins soon started spending long periods away from home and turned to booze to cope with his workload.

Hopkins eventually left the toddler Abigail (14-months) and her mother in around the year 1971. He then went on to marry a production assistant from England, Jennifer Lynton.

Talking about a fatherless childhood, Abi said her dad always wanted to be somebody else, to be on stage. The singer complained her father didn’t like reality. Unfortunately, that meant Hopkins didn’t really like being a husband or being near his children.

In 1985, when Abigail was 16, she and her actor father had a major row, reportedly over his behavior toward her mother, Petronella.

Abigail Hopkins Suffered From Depression Because Of Her Father, Anthony Hopkins

Abigail revealed that when she was 18, she experimented with amphetamines and alcohol due to dealing with depression. It was something she believes she inherited from her father, who’s been open about his battle with alcoholism in the past.

The British-born actress also disclosed how she came very close to killing herself. Abigail explained it was the worst time she can remember. She said the root cause was the fact that her father and she had an intermittent relationship when she was young.

Abigail Had Briefly Reconciled With Her Father

The father and daughter had a brief reconciliation in the early 1990s. Hopkins even got Abigail to star in two of his films, Shadowlands and The Remains Of This Day. Reportedly, Abigail also had a flat to get on her feet from her father. However, in 2001, the father and the daughter somehow resumed their estrangement.

It was in 2006 when Petronella’s daughter said she would see him, but only once a year. This was presumably during their one-time reconciliation thing.

She, however, said that there will be a little bit of sadness, but she had to get on with her life. “It has always been like that. See him, and then not,” added Abigail Hopkins.

Allegedly Hopkins’ fame has been a strong force in Abigail’s life so much so that she reportedly, at times, found it impossible to forget her father. Every time she tries to move on, the photographer sees him — on film posters, on TV, on the sides of buses.

What Abigail’s Father, Anthony Hopkins Had To Say About His Daughter

Hopkins, who is now married to Stella Arroyave, has talked about the estrangement with his daughter on several occasions. While talking with Howard Stern, the Nixon star confirmed he really had not been on speaking terms with his daughter. The now 83-year-old actor told Stern,

“I guess we are estranged. I don’t think she wants to know very much [about me], hope she is well. H hope she is okay,”

The Silence Of The Lamb star added the divorce from his wife was a long time ago. And he admitted his daughter not speaking to him was reasonable. Additionally, Hopkins said, “Life is life. You get on with it.” He, nonetheless wished, his daughter good luck.

In 2020, when asked again about his daughter’s children, The Bafta winner Hopkins said he didn’t have any idea. He ruled that people break up, families split, and they ‘Get on with your life.’ In like manner, Anthony added that he didn’t care one way or the other.

Abigail’s Response To Her Father’s Comments About Her

The last time Abigail talked about her father’s comment, she said she was open to giving things another try with him but was also wary of it.

She explained the reconciliation had to be a two-way thing, though. The photographer admitted she and her father had never really been close. She said their relationship was always so sporadic and had never felt that she could discuss those sorts of things with him.

Abigail might not be as wealthy as her father who has a whopping net worth of around $120million. She, nonetheless, could very well be a name who holds millions of dollars of fortune considering her singing, theater, and photography gigs.

However, the precise numbers or even the approximation behind her economic condition is still to be disclosed. This likely is due to the fact that she’s been extremely covert around her personal details.

Sir Anthony Hopkins having a secret son-in-law could certainly be the case. But then again, the mystery around his daughter’s intimate life makes it significantly difficult to parse.

There’s a good chance, Abigail has a husband or even a kid of her own. However, not a single headline has ever mentioned Hopkins on that spectrum.

Also, the actress turned singer for now only allows to talk about her musical doings and occasionally shares her portrait-Esque stills.

Some Other Facts About Abigail Hopkins

Dorothy Carlson: All About Daughter of Tucker Carlson