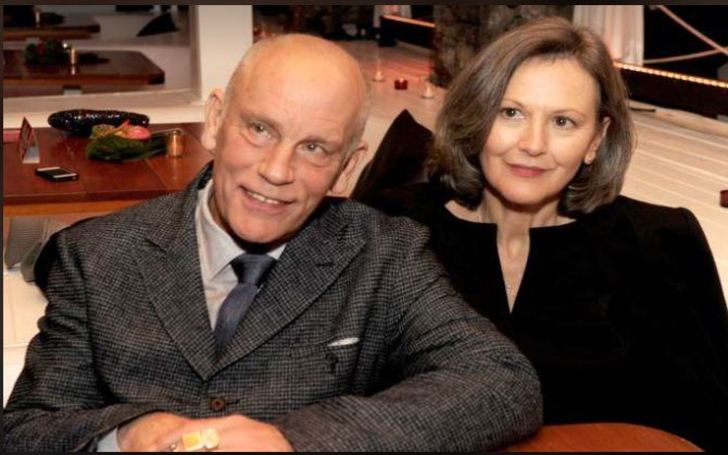 Nicoletta Peyran is the wife of the actor, John Malkovich. Peyran and Malkovich have been together since 1989. However, the status of their courtship is still unclear whether they are officially husband and wife or not.

The couple has two children. Malkovich has had a stellar Hollywood career with two Academy nominations and more than 90 film appearances.

What often people like to know whenever he’s in the headlines is about his wife. And many have been wondering where the actor stands in the marital spectrum with the woman he claims is the mother of his children, Nicoletta Peyran. People have also wanted to know if she is also an actress or just some non-Hollywood person. So read the answers to all these in the writing below.

Nicoletta Peyran Was Born In Italy

She Made History In China

While Peyran is not an actress, she did have few credits in the films between 1987 and 1990. In 1979 she portrayed Wei Na in the romantic Chinese drama film, Not For Love. In the movie, she performed the first on-screen kiss shown in the country.

This would become her one and only acting appearance. In the 80s she shifted to behind the screen works becoming the third assistant director in the 1987 film, The Last Emperor. She would serve the same role in two other films, Transformations (1988) and The Sheltering Sky (1990). She is now an academic.

Nicoletta Peyran Has Been With John Malkovich Since The ’90s

Malkovich and Nicoletta Payran has been together since 1989. The couple shares two children, Amandine and Loewy.

Peyran met Malkovich on the set of The Sheltering Sky (1990) in North Africa.

Malkovich once admitted that his wife, Peyran was the person he admired the most – describing her as “interesting, smart, and funny.”

During their marriage there were times when Malkovich was too absent from the family, leaving Peyran all on her own to raise their two children. This was due to her boyfriend being overwhelmed with film, tv, and theater gigs. Peyran though supported her partner with the actor eventually cutting down his work to TV and film only.

For a while, the family lived in the south of France where they had their children. Though owing to the dispute over taxes in Europe, they later shifted to Cambridge, Massachusetts.

Their daughter Amandine works in a grocery shop, while their other child, Loewy Malkovich lives in Oregon working as a computer coder.

Before Peyran, Malkovich was husband to actress Glenne Headly from 1982 to 1988. The couple separated after John’s alleged affair with his Dangerous Liaisons co-star Michelle Pfeiffer started surfacing.

The Dangerous Liaisons actor’s first wife, Headly passed away in June 2017 due to complications from a pulmonary embolism.

Nicoletta Peyran And Her Partner, John Malkovich Are Not Married

During one of his interviews, John Malkovich explained why he and his partner haven’t felt the need to walk down the aisle.

The Con-Air actor said he doesn’t need any “papers” to prove that his relations with a loving person are real. He also believes that it is possible to be fully happy without any formalities.

Though, some believe that they have had a wedding. In fact, John has been noted of addressing Peyran as his wife on several occasions.

They Make Their Own Wine

While talking with the Guardian in Sep 2016, Malkovich revealed he and his wife, Peyran own a wine company. He said his wife does the organization, and he just drinks, which he finds not that hard. He initially thought his wine would be terrible, but it turned out fine. The Johny English actor mentioned he and his partner make cabernet sauvignon and a rosé from the same grape. He believes their wines are not ordinarily made in Luberon, France.

Their farm has 14 wells, from an ancient lake. Peyran’s husband claims it has enough water for the vines if they go deep enough.

Peyran and her husband sell it — in California, Russia, and Poland — under the graphically designed label, LQLC (Les Quelles de la Coste).

Did Nicoletta Peyran’s Partner Have An Affair With Actress, Michelle Pfeiffer

Before having a relationship with Nicotella, Malkovich was allegedly having an extra-marital affair with another Hollywood star, Michelle Pfeiffer. It was apparently during the filming of the film, Dangerous Liaisons.

The film director, Stephen Frears later told The New York Times how John’s marriage with his first wife, Glenne Headly was breaking apart while he was having an affair with Pfeiffer.

Malkovich, however, claims his story of an affair with Michelle is now almost like a blurred memory. To Rolling Stone in 2008, he said it is hard for him to believe Pfeiffer ever said hello to him.

Though the Golden Globe nominee didn’t address the issue clearly, he insinuated that his co-actress couldn’t have been troubled by his existence.

Nobody knows how or when the affair really ended. Moreover, Pfeiffer never spoke about it in public. John’s marriage with Headly nonetheless came to an end.

While Nicoletta is a co-owner of multiple states in the States and in the two European nations, the approximation to her net worth is yet to be revealed. The Malkovich-Peyran couple is reportedly millionaire entrepreneurs with John’s alone wealth standing over $5omillion. However, it’s the financial details of his wife that is still in the mist.

Whatever the case, there is at least an assurance that Nicoletta has quite a support when it comes to economic stability. All thanks to their winery and the fact that they are the owner of a 10ha estate in France since the mid-1980s.