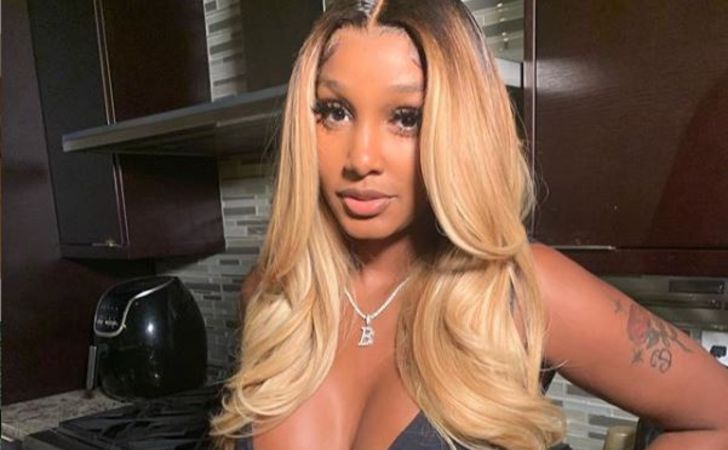 Bernice Burgos is an American model, social media star, and entrepreneur. Along with praise-worthy professional accomplishments, Burgos also holds an identity for her youthful looks and perfect physique. At 40, she looks no more than 25, and that has oftentimes got her into trouble with the acquisition of undergoing some sort of plastic surgery.

Besides, Bernice is also a mother of two. But when it comes to the father of her child, things seem a little unclear. That said, the Instagram model has been in a few high-profile relationships. She also reportedly was in a relationship with her now ex-boyfriend Drake.

Well, here we have come up with a breakdown of her love life. Also, get to know the truth about all the cosmetic surgery accusations.

It is not a new thing that celebrities are accused of going under the knife. And the case is the same with Bernice. The Instagram model was constantly accused and later trolled for having cosmetic enhancements.

Talking of the enhancement, she stated that she wants to look her best at her age and that she has enhanced a little bit of everything. She said,

I have done a little bit of everything… I did my butt first. That was the first thing I did after I had my second daughter. I had these two dents [on my butt], and I just wanted to fill them up

She Had Her Butt Shot In a Basement

It is quite unusual but Bernice reportedly had her butt surgery in a basement in The Bronx, NYC.  However, she also stated the doctor who did the surgery had everything set up professionally in the basement itself.

She pretty precisely said a number of times that the butt enhancement was the first thing she ever did to her body. Let’s hear in her words,

To be honest—it was in a basement. But she had it set up real nice, it was a house though. It was so many years ago—I did my butt first. It was in the Bronx, it was the first thing I did right after I had my second daughter. So she hooked it up real cute

Bernice Burgos Was Trolled For Working Out Despite Having Fake Body

Like any social media star, Burgos is often trolled, mostly because of the workout videos she posts on her social. Though her followers and haters seem to have a legit question on why a woman with a fake body still workout. But she has completely debunked all their theories.

In fact, she had a full-fledged argument in the comment section of her Instagram post where she said taking out fat and shaping your body isn’t fake. She further stated that one needs to work out to keep up the surgeries.

Taking out fat and shaping your f**** body isn’t fake, To keep the job I got done you need to work out.

Burgos Before And After Surgery

No doubt Bernice is genetically blessed with good looks and attractive physical features. But she was not always like how she looks today.

Of course, her working out habits has had a major impact on her physicality but what has changed her the most is the plastic surgeries she has had.

As we have mentioned early on, she has had bits of every part of her enhanced. Starting with a butt shot years ago, Burgos has also had her boob and a few of her facial features enhanced.

Comparing her photo from the age of 18, we can see her body has undergone a huge transformation.  Check this out.

Without any argument, she looks a lot more attractive physically.

Burgos is pretty cool about her plastic surgery. Talking to the Breakfast Club’s co-host, she was very casual about enhancement and said one can go and get an enhancement if one wants to and have the money to do it.

Moreover, she stretched on the hate any public figure receives after going under the knife and appealed to all the haters to have surgery rather than hating anyone who already has.

She also said people are eventually going to love you if you are willing to work hard.

Apart from all the surgeries, Burgos is also in the media for her love life. There are several rumors and speculations surrounding her love life.

Along with her rumored relationship with Drake, there are several romantic affairs she is accused of. Let’s get to know the truth in the subheadings below.

Well, it could be one of the toughest questions to answer if it’s coming from someone other than Burgos herself. But she has made it easier for everyone already.

In an exclusive interview with the Breakfast Club, she talked about her relationship with Drake. While she didn’t precisely answer if she dated him, she did mention her friendship with him. She also called him the sweetest person she has ever met.

@realberniceburgos stopped by and admits that she was gifted a car but not by #drake .. but did she date him ?? 👀

Needless to mention, there had been a huge clash surrounding her alleged relationship with rapper T.I. While Bernice states she was just friends with T.I. and had nothing sort of romantic, his girlfriend Tameka “Tiny” Harris attacked her for breaking up her relationship.

Did She Date Nick Cannon?

Besides, Bernice Burgos was also alleged to dating an American comedian and ex-husband of Mariah Carey Nick Cannon.

The rumors of their relationship began after they were seen together in Malibu. With all the buzz making it in the media, Burgos didn’t waste her time addressing the rumors and stated that they were not romantically involved and rather were together for business purposes.

Bernice Burgos Is The Mother of Two

Bernice Burgos is the mother of two daughters. She welcomed her first child, Amarie Burgos, on May 9, 1996, when she was just a 15 years old teenager. While she has not revealed the identity of her father, he was reportedly a 19 years old guy from the street.

She also has a younger daughter Sarai, who is just 14 years old at present. So far, she has not revealed the name of Sarai’s father.

She Is Very Active On Social Media

The American Model Bernice is very active on Instagram. As of 2022, she has over 6.7 million followers on her official Instagram account. Her Insta is mostly filled with beautiful photos of her.

Who Is Ashley Tervort? Her Age, Career, Boyfriend, Net Worth