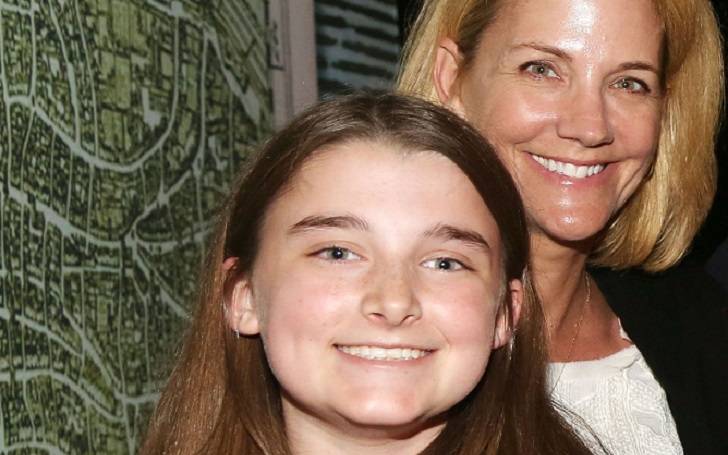 Elisabeth Anne Carell (aka Elisabeth Carell and Annie Carel) is a popular star kid. She is the daughter of one of the power couples in Hollywood Steve Carell and Nancy Carell. Both of Elisabeth’s parents have a great career as an actor and comedian. Her father even got the Academy Award nomination for Best Actor for his breakout role in the drama Foxcatcher.

Being the daughter of actor parents, the general belief is that she might also follow in her parents’ footsteps. But, is Elisabeth Carell interested in the entertainment world? The star kid is now a college student and is expected to accomplish graduation in 2023. So this might be the time she chooses her career.

In this article, we will explore every aspect of Steve Carell’s daughter Elisabeth’s life, including her affluent upbringing, boyfriend, and more…

How old is Elisabeth Anne Carell? Details on Her Early Life

Elisabeth Carell is 19 as of 2021. She was born on 26th May 2001, in California, the United States of America. She spent most part of the childhood days in Los Angeles along with her family.

As far as her ethnicity is concerned, Carell is Caucasian and has an American nationality.

Both of Her Parents Are Actors and Comedians

Elisabeth is the daughter of Nancy Carell and her husband Steve Carell. They both are famed entertainment personalities. Her father began appearing in movies, playing a minor role of Tesio in Curly Sue in 1991. He then appeared in a number of movies and TV shows before started making quite a name in the industry with the role of Michael Scott on the NBC sitcom The Office.

In addition, Carell has played several bold roles in movies such as Anchorman: The Legend of Ron Burgundy, Evan Almighty, Get Smart, and more.

Similarly, Annie’s mother Nancy worked in many TV shows. She initially gained fame following her appearance on Saturday Night Live, followed by The Daily Show and Anger Management as well.

Where does Annie Carell go to college? Details on Her School

Elisabeth Anne Carell attended Oakwood School, a progressive independent day school in North Hollywood, CA. She then went on to study at Northwestern University, a private college in Evanston, Illinois in Sept 2019. Carell is expected to complete graduation in 2023.

Both of her parents also support several activities at the University. In March 2020, Northwestern University Dance Marathon shared the video of Elisabeth’s parents, where they are seen supporting and encouraging the dancers in the college. It captioned the clip,

“Thank you to Steve Carell and Nancy Carell for your support to our dancers. Go ‘Cats!,” it ended the post with the hashtag “#ProudNorthwesternParents.”

Back in March 2018, Steve Carell’s then-high-school daughter made headlines after she went on a college tour with her father. During the University Of Wisconsin-Madison tour, Carell’s dad was seen taking close-up selfies with several students and most of them have also shared their photos on their social media handles.

Has a Younger Brother

Elisabeth grew up along with her brother, Johnny Carell, born in June 2004. He now studies at the high school.

The Carell siblings are both quite close to each other. They often attend various big events with their parents. Back in 2016, the whole family accompanied Steve during his induction into the Hollywood Walk of Fame.

Was Elisabeth Anne Carell Ever on The Office?

No, Carell never appeared on the mockumentary sitcom television series, The Office. But, both of her parents appeared on the project; her mother sporadically played Carol Stills on The Office from 2005-13 while her father portrayed Michael Scott (2005-11) and then again in 2013.

Is Elisabeth Anne Carell Really Into Acting? Her Sense of Humor

Although Elisabeth is yet to involve fully in acting, the star kid is following in her father’s footsteps. She appeared in the 2018 Summer Program of the 25-year-old New York acting school along with eighteen other high school pupils.

Besides, in a 2010 interview with People Magazine, Steve said that his kids look like they are following in his comic footsteps. He said,

“Kids are funny in general because they’re unfiltered and they’re wise, but they’re not jaded by anything.”

Talking of their humor, the actor added,

“Their sense of humor is very pure, and they don’t even a lot of times know when they’re being funny, because it’s just so honest. And I think that’s what makes them so funny.”

Who is Elisabeth Anne Carell Boyfriend?

Elisabeth has kept everything about her love life behind closed doors. Due to her secretive nature, it is yet to confirm whether Carell does have a boyfriend or not. Many sources suggest that Carell isn’t dating anyone, instead, is enjoying the single life.

Her Lavish Lifestyle and Net Worth

Being the daughter of wealthy parents, there is no doubt that Elisabeth has had a luxurious lifestyle. As for her parents’ wealth, her father and mother have a combined net worth of $100 million. They predominantly earn significant money from their great work in movies and TV shows.

Elisabeth currently resides in California along with her family. Their 16,853 sqft home has 5-bed and 8-bath. Previously, her dad Steve owned a house in Los Angeles. He sold it for $1.5 million in 2007.