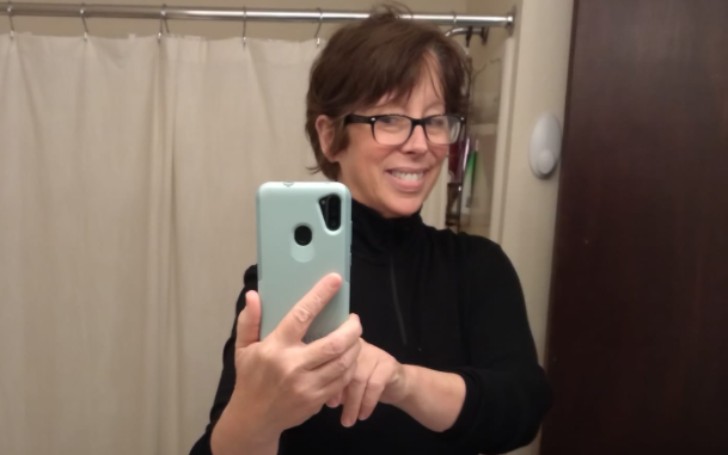 When a member of your family becomes famous, its natural people will be curious about you. When chef and cookbook author Molly Yeh first started her blog, she never expected to become this famous. To be fair, we can call her one of the most famous chefs around the country if not the globe.

Having said that, if it wasn’t for Molly’s mother Jody Yeh, she might not even become a chef. It was Jody who influenced her daughter’s interest in cooking and this is why many of her fans are quite eager to know about Jody.

Well, you have come to the right place as today we’re gonna share with you all the intricated details regarding Molly’s mother.

Jody Yeh was brought up in a Hungarian Jewish household

Born on October 16th, 1955, Jody spent the major portion of her life in New York City. Her maiden surname is Shinbrood.  Information on her parents or siblings is not available. She was brought up in a Jewish household and belongs to Hungary descent.

She completed her formal education at a local high school in Gurnee. Upon finishing high school, she enrolled at the Institut Montesano in Gstaad, Switzerland.

At the moment, Jody works as a social worker for special needs children at the Laremont School. The school operates under the SEDOL Foundation, Lake County, IL.

The foundation helps kids suffering from deafness, down syndrome, cerebral palsy, autism, and many more. Jody has been working with the organization since August 2002.

Prior to getting involved with the foundation, Jody worked as a chocolatier. After working in the industry for several years, she switched to social work, something which Jody always wanted to do. Furthermore, Jody is also a former clarinetist.

Jody has a huge influence on her daughter Molly’s life

While growing-up, Molly was heavily influenced by her mother. She would often see her mom cook exotic food on a regular basis, no matter the occasion. This instilled the love for cooking in her life.

Moreover, Jody never forced her kids to eat veggies, especially broccoli. In her cookbook, Molly on the Range, Molly jestingly recalled her earlier days and said,

“The fact that she never forced me to eat things like broccoli meant that when I finally really came around to it. I could approach it with a clean, excitable slate, free of any haunting childhood memories.”

Talking about Molly’s incredibly famous cookbook, Molly on the Rage, well, that wouldn’t have been possible if it wasn’t for her mom and her hubby. In an interview with Bon Appetit, she divulged that although she was completely fine with her recipes lying on her website, her mother and husband thought otherwise. They persuaded her to author a book and it became immensely successful.

Molly is the second child between Jody and John Yeh. In addition to Molly, they are a proud parent of one another girl, Jenna. Both of their daughters is happily married.

While Molly shares a blissful marital life with Nick Hagen, the older one Jenna is in a marital relationship with John Cwiok. What’s more, Jody has also become a grandmother. She has one granddaughter named Bernadette Rosemary Yeh Hagen.

The pair remained together as a married couple for decades before divorcing.  After divorce, Jody didn’t marry while her ex-husband, Molly’s father John married Teresa Reilly, a clarinetist. From his second marriage, he became a father to yet another girl named Mia.

Despite all that has happened between Jody and John, they remain amicable. Molly often shares pictures of her spending time together with her parents and older sister. Safe to say, they are a happy family.

As of now, Jody has moved from Illinois and lives near to her daughter Molly in Grand Fork, North Dakota. She moved to the midwest state in late 2020.`

Who Is Molly Yeh Husband? Everything About Her Marriage & Boyfriends