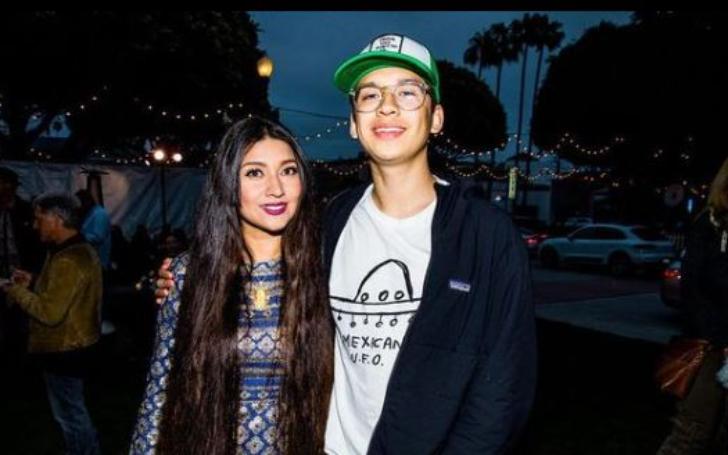 Angie King was your average American citizen until her ex-husband’s fame made her the center of attention. Yes, her husband is none other than Jo Koy, one of the most followed comedians out there.

Since his appearance in the Jay Leno show back in 2005, Jay has become one of the famous comedians. Angie and Jo were married for some time before divorcing. From their relationship, they became the parent of one child.

Angie King Was Born And Raised In California

Angie was born on May 28th, 1979, to an American father, David A King, and a Filipino mother, Tessie King. While her father comes from English ancestry, her mother is an Ilocano from the Philippines.

King’s mom and dad raised her and her sibling in the state of California as a Catholic. However, before settling in California, she once lived in Saudi Arabia.

Talking about her parents, her father David passed away in the year 2018. He and his wife Tessie were together for 40-years before his tragic demise. Her father served in the U.S. Navy right around the end of World War II.

She has one biological and three half-siblings

The King’s household was a pretty big household. In addition to Angie, Tessie and her late husband Davide welcomed one son, David King Jr. Both David and Angie are pretty close to each other. She shares a lot of pictures of her baby brother on her social media handle.

Her brother is a married guy and a father as well. He is married to his girlfriend of many years, Janea. Together the duo is a parent of one daughter named Natalie Rose King, born February 2019.

When Natalie was born, Angie was over the moon. She shared a picture with her niece, expressing her happiness. See for yourself!

In addition to her biological bro, Angie also has three half-siblings, two sisters, Cindi King Tuning, Danielle Bush, and one brother, Michael King. Not much is known about her half-siblings as she rarely shares any pictures of them on her Instagram account. Still, she is quite close with them.

Ever since Jo Koy got into the comedy scene, his family has been a subject of curiosity. And why wouldn’t it? After all, the majority of his jokes are centered around them, especially his childhood and mother.

Now talking about Angie and Jo’s relationship, there isn’t much known about it. What we know so far is that they dated and married somewhere around the early 2000s. It was around this time that they divorced as well.

Since their divorce, both of them are yet to tie the knot to anyone else. As of now, Angie’s ex-hubby Jo is in a relationship with Chelsea Handler.

Angie shares one son with ex-hubby

From their relationship, the pair welcomed one child, a baby boy named Joseph J Herbert Jr. He was born on 21st April 2003, in California. He graduated sophomore in 2017 from the catholic school, St Mel School, Woodlands, California.

After the divorce between his parents, they decided to share joint custody of their son. Leading up to this point, the former flames have co-parented their boy in an excellent manner. In no way did they ever make him feel estranged and less loved, something which we generally see in a child between a divorced couple.

Moreover, Joseph has a terrific bond with both of his parents. We can say he is the glue that holds both of them together.

Angie and Jo Koy are on excellent terms with each other

They might’ve their differences when it comes to marriage but certainly have not made any difference in the level of respect they have for one another. Although they have been separated for more than several years, they are still totally in love with each other, not in that way off course!

Back in 2020 when the whole country was in the state of lockdown, Angie stayed with her husband. Both of them decided to take this step just so their son could spend time with both of them simultaneously.

During Koy’s appearance in the show, Windy City Live he even brought his ex-spouse for the interview which totally took the interviewers off guard. In the session, Jo openly said he loves his ex-wife and they have a mutual admiration for each other despite their difference.

We’re happy they share such a great relationship. It takes more than just respect to stay together like this.

Is Angie King dating or married to anyone?

For the past couple of years, Angie is dating a guy named Gino Perez. Her boyfriend is a Los Angeles-based artist and designer.

The best part about all this is that Gino and Angie’s ex, Jo are great friends. Gino has even gifted the comedian a few of his arts, which shows how mutually respectful they are for each other.

Angie and Gino aren’t just partners in love but in business as well. Together they own a clothing line-up called Mexican UFO.