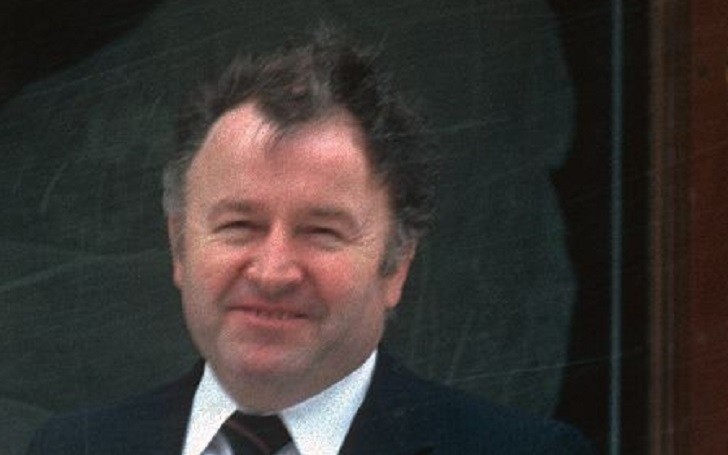 Felice Bastianich (aka Felice “Felix” Bastianich) was a restauranter who is still in the news years after his death and is dearly missed by those who were fans of his amazing culinary arts. The late restauranter died at 70. What was the cause of his death?

Bastianich attracted attention following his marriage to Lidia Bastianich, an accomplished Italian-American celebrity chef. After the couple’s split, Felice quit his restaurant business handing all of the shares over to his children.

Here is Felice’s complete biography, including his family background and other unexplored facts. Let’s zoom in!

Felice Bastianich Was a Croatian Immigrant

He was born on 30th November 1940, in Istarska, Croatia. Later, he moved to the United States and settled there permanently.

Talking about his nationality, Lidia Bastianich’s late husband Felice had dual citizenship Croatian and American. He was of a mixed ethnical background.

Bastianich grew up in Labin, a small town in Istria with his two siblings named Yolanda Valic and Guerino Bastianich. No more information regarding his family is updated.

Was Initially a Restaurant Worker

Felice developed a great passion for restaurants from an early age. He initially crafted the culinary arts by working in several restaurants before starting his own business with his Croatian wife.

How Did Felice Bastianich Meet His Wife Lidia Bastianich?

The two first came across at Lidia’s sixteenth birthday party. They both were restaurant workers at the time. Felice’s wife Lidia had a part-time job at the bakery by 14 and she later started working full time following her high school. Back then, she worked at a pizzeria on the upper west side of Manhattan.

Felice Dated Lidia For Years Before Their Marriage

Shortly after their first meeting, Felice and Lidia began dating and dated for around three years before they walked down the aisle in 1966. The two exchanged their vows in a beautiful ceremony surrounded by the couple’s families and friends.

They lived a blissful married life for a long time. The couple also shared the same love for culinary which resulted in the formation of several restaurants.

After years of experience, the husband-and-wife opened their first restaurant called Buonavia, meaning “good road” in 1971. It was located in Forest Hills, a residential neighborhood in Queens. They promptly hired the skilled Italian-American chef. Lidia told New York Lifestyles that they created the menus of the restaurant copying items of the best Italian restaurants in New York.

After the immense success of their first restaurant, the two went on to open the second restaurant Villa Secondo in Queens. It also became very famous. Talking about their restaurant business, Lidia once said,

“The restaurant became so popular that we came to the attention of some of the major food critics in New York. I started to give cooking demonstrations.”

However, after the death of her father Vittorio Matticchio in 1981, the duo sold the two Queens restaurants. Then the Bastianich duo bought a small brownstone in Manhattan. It had a restaurant located there.

Felice and Lidia later named it Felidia, a contraction of the couple’s first name. Like their previous two Queens restaurants, it was also an instant hit and received a three-star rating from the New York Times.

Felice with his wife welcomed their first child, a son named Joe Bastianich on 17th September 1968, in Queens, New York.

They became parents for the second time four years later when Lidia gave birth to their daughter Tanya Bastianich Manuali.

Their Children Are Successful Restaurateurs: Partnership With Their Parents

Joeseph was initially a Wall Street bond trader. He also used to help his parents in their business before convincing them to partner with him in his own restaurant called Becco, an eatery in Manhattan’s Theater District. He later opened restaurants in Kansas and Pittsburgh.

In the year 2010, Joe and his mother Bastianich collaborated with Oscar Farinetti to open Eataly, a food emporium in Manhattan. Besides, the restaurateur is a notable TV personality who served as a judge on the reality television series MasterChef.

He also appeared in many other hit on-screen projects such as MasterChef Canada, An American Girl: Grace Stirs Up Success, and more.

Moving towards their daughter Tanya, she is a Georgetown University graduate who embarked on the family restaurant business as well. She is a co-owner of two restaurants: Felidia and Lidia’s Kansas City along with her mother. Furthermore, Tanya partnered with her brother Joe to open restaurants like Del Posto, Babbo, Lupa, Otto, Pizzeria Mozza, and more in 2019.

Tanya obtained a master’s degree from Syracuse University. She also earned a doctorate from Oxford University in 2000. Besides, her family business, Bastianich is a successful businesswoman and author.

Felice and Lidia Divorced After Three Decades-What Was the Reason?

The couple led a happy matrimonial relationship for over thirty years but things started becoming more complex between the two after their serious disagreements over the pace of expansion. The two divorced in 1997.

Following their separation, Felice gave his shares to his kids.

Felice Bastianich Died at 70- Cause of His Death

Mr. Bastianich died on 12th December 2010 at the age of 70. Even though Felice was a popular personality, his family kept the details, including the cause of his death a secret.

He is survived by his two children, and five grandchildren, Lorenzo, Miles, Ethan, Olivia, and Julia.

As per sources, Felice’s net worth was $1 million at the time of his death. On the other hand, his ex-wife Lidia’s fortune stands at $16 million at present. Her main source of income is her restaurant business and many other endeavors.