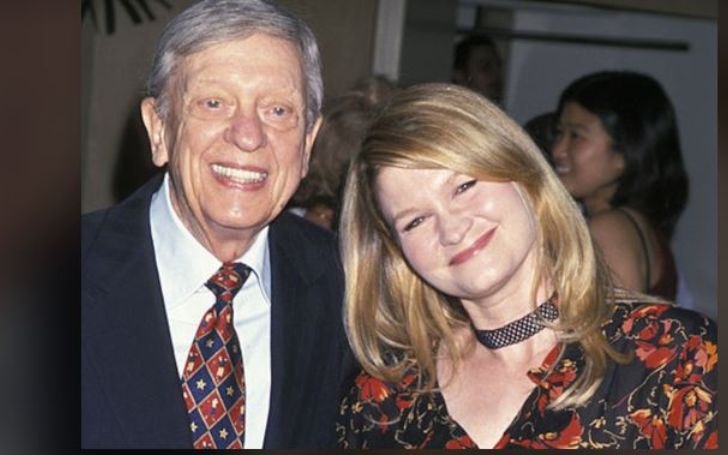 Frances Yarborough or Francey Yarborough is the wife of the late actor, Don Knotts. Her late husband is a five-time Emmy-winning actor and comedian, who was widely known for his role as Deputy Sheriff Barney Fife on The Andy Griffith Show, a 1960s sitcom.

Yarborough was Knotts’ third and last wife before his passing in 2006. They had met each other in the late 80s. The couple, however, was on a marital ride for a few years.

Francey and  Knotts knew each other for nearly two decades. In between, they created quite a strong bond and this was despite their significant age gap. Relive their early meetings, their journey into becoming husband & wife whilst also cruising a bit more about Francey Yarborough.

Frances Yarborough Was Born In the 1960s

Well, Frances Yarborough was born as the daughter of father Donald Howard Yarborough & mother Charity O’Connell Yarborough. She was born in the 1960s which marks her to be in the late 70s.

Her father, Donald Howard Yarborough was a liberal Texas Democrat who also ran for governor in 1962 and was a supporter of John F. Kennedy.

Moreover, her dad was also in the Marine Corps and served as a company commander in China at the end of World War II. Francey’s dad died of Parkinson’s disease in Sep 2009. Apart from these, Yarborough’s father was a lawyer who also fought for the rights of Mexican immigrants and blacks. He had his own law firm.

Francey’s father, Donald was born on Dec. 15, 1925, in New Orleans. In like manner, her paternal grandfather was president of a bank that went under during the Depression.

They had all moved to Houston when Donald was 12.

She has a sister, Sophie. Through her, Francey is the sister-in-law of Daniel de Visé, a writer and journalist for The Washington Post, the Miami Herald, and three other newspapers with a 23-year career. de Vise is also the author of Yarborough’s late husband’s biography.

Yarborough also has some siblings from her father’s other relationships which include Inez Vanderburg of Austin, Texas, Leverett Yarborough of Bend, Oregon, Danny Yarborough of Los Angeles, Donald Arthur Yarborough, and Mollie O’Connell Yarborough.

She Has Appeared In a Few Films

While her full-time profession to this day is a mystery, as per IMDb, Frances only film credit came in the 1976 crime drama ‘The Electric Chair.’

Yarborough also once played one of the third women (a 1960s hippie who’s a would-be actress) in one of her husband, Knotts’ plays.

How Did Frances Yarborough Met Her Husband Don Knotts?

Frances was married to her husband Don Knotts. The couple reportedly tied the knot in 2002. But when and how did the husband and wife meet?

Well, her husband Don’s syndication comedy, What a Country! had just ended abruptly. Francey was the show’s production assistant. She had been serving the role on the show since early 1987. And it was during which Don and Yarborough met each other.

In his book, Andy and Don: the making of a friendship and a classic American TV show, Knotts described the-then Francey as a “beautiful, kind-hearted actress, who had settled in Hollywood to pursue improvisational comedy.”

Her main job at the time was to help her future husband, Don learn his lines.

They Had An Age Difference Of Over 30 Years

As mentioned, when the would-be couple first met, Yarborough was in her twenties, and The Andy Griffith Show actor was entering his sixties.

The book, Andy and Don, however, explains they were kindred spirits.

“We had an instant rapport,” the wife of multiple Emmy-winner says recalling the early days of their romances.

Soon after knowing each other, Don and Francey started going out to La Scala in Beverly Hills, trading stories and making each other laugh.

After a few months, they were a couple and Francey moved into Don’s Century City condo. They tied the knot in 2002, and the pair remained husband and wife until Knotts’ death in 2006.

Frances Yarborough’s Spouse Was Alcoholic Before Meeting Her

When he met Francey, Don was leading a largely nocturnal existence, drinking too much and eating too little. He had become a chain smoker, he used to stay up too late and found sleep only with the aid of pills.

Francey recalled how one day he heard a wheeze and he dropped his cigarette and never looked back.

Kathryn Metz was Knotts’ first wife; he married her in 1947. Together they had a son, Thomas Knotts, and a daughter, Karen Knotts. Metz and Don ended their marriage in 1964.

Yarborough’s late husband then married his second wife, Loralee Czuchna in 1974; they remained in a marital union until 1983.

It was after Czuchna that the Morgantown native married Frances Yarborough.

During the final moments of Don Knotts, he and Francey were living in the Los Angeles neighborhood of Century City. And amidst those times, Don suffered from cancer in addition to severe hypochondria and also had a degenerative eye disease called macular degeneration.

Don urged Francey not to tell of his illness to almost no one let alone to the tabloids. The reason was apparently that the West Virginia-born actor still wanted to work, and a sick actor could not get work.

Don had written in his will he didn’t want some artificial aid to keep him alive. Doctors, therefore, unplugged the machines. Francey’s husband, Don Knotts died at 11:00 p.m. on February 24, 2006, a Friday, with her, Karen, and Tom embracing him.

The former ventriloquist’s primary reason for death was the complications arising from pneumonia in relation to lung cancer. The burial took place at Westwood Memorial Park, near the graves of Marilyn Monroe, Dean Martin, and Truman Capote.

He saw the poignancy in people’s pride and pain and turned it into something hilarious and endearing,

After Knotts passed away, Yarborough stated that her late husband “saw poignancy in people’s pride and pain” and that he found a way to turn that into endearing humor.

Frances Yarborough After The Death

To a good extent, Knotts’ last wife, Francey gradually turned into a has-been following her husband’s death. It, accordingly, is a mystery as to what other things is she up to in present. Given the fact, she was never professionally into acting, there are barely any headings that define Francey on her own.

Additionally, what makes the secrecy even harder is Yarborough’s aloofness to modern-day platforms for communications.

Did She Receive Don Knotts’ Wealth?

There was no full disclosure of the veteran comedian’s fortune’s distribution post his passing nor his will ever hit outsider’s knowledge.

While he was the owner of around $20million plus net worth at the time of his death, the members of the Knotts’ family didn’t let out to whom the money went.

In any case, there’s a good chance that Francey inherited a good amount of fortune after her millionaire husband’s death.