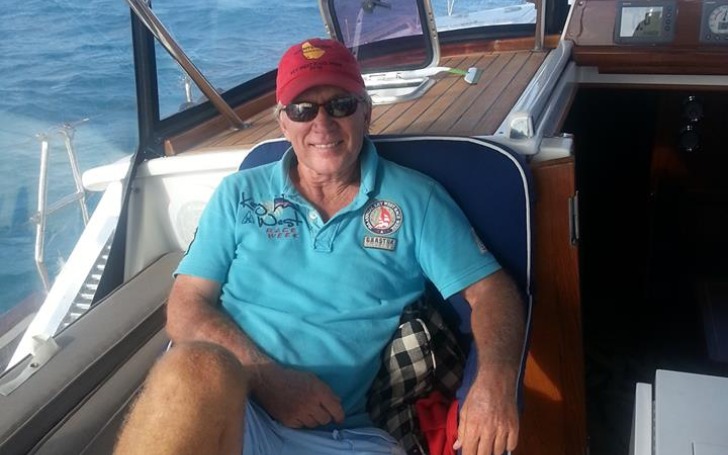 Fred and his now ex-wife had a secret wedding at the time. He was the second husband to his then-wife and their marital life lasted for nearly 13 years. So, after their separation, is Fred Tillman Married again?

Well, to know everything about Top Gun’s famed actress’ ex-husband, Fred Tillman, read the full article. This writing piece will explore the inside details about Fred including his age, career, Instagram, relationship with an actress, net worth, and many more.

Fred was born ‘Fred M Tillman in the month of June in 1948, in the United States of America. Thus as of 2022, he is a 74-year-old man. As Tillman rose to prominence as a celebrity ex-husband, little detail is known regarding his childhood. However, he reportedly had a decent childhood in his hometown.

Similarly, as for education, he studied at American University. Talking about his nationality, he is American and probably of Caucasian ethnicity.

Fred Tillman Was A Yacht Broker

Kelly’s ex-spouse Tillman is basically a Yacht broker who used to work in Newport Beach, California during the 90s. Later, after marrying, the yacht broker shifted to Key West, Florida, where he continued to sail yachts. But sadly, in the meantime, he had to face great loss.

In April 1996, the schooner that Fred and his wife owned, worth $1.5 million caught fire at a marina in Dania, Florida. The fire had started from the adjacent boat and eventually spread. At the time, Tillman and his two mates were on the board of The Centurion and were planning to sell it. But the flames destroyed it but luckily none of them didn’t get injured.

However, Tillman’s plan to sail his boat at Fort Lauderdale Boat Show was broken. Coming up to 2022, whether Fred is in the business of yachts or not is unknown.

After he moved to Key West with his wife, he added himself to another profession. He and his then-wife opened a restaurant Kelly’s Caribbean Bar, Grill & Brewery, at the place which earlier used to be PAN American Airways ticketing office.

Their restaurant soon picked pace and used to be packed with locals and tourists. Well, the place continues to serve its customers decades down the line. In 2015, KeysWeekely surveyed the restaurant and talked to its manager named Chuck Bryant who said,

“We have been open so long because we provide great service,”

Besides being a yacht sailor and owner of eateries, he also worked as a marketing consultant in his career. Despite all these, his current professional ventures are not revealed as he is living a private life.

On New Year’s Eve, 1988, the yacht broker secretly got married to the Top Gun Actress Kelly McGillis in Los Angeles, California. After marriage, the couple left the busy city and shifted to Key West, Florida, where they settled their family life. When their secret marriage came out in public space, Fred was called a ‘complete nobody’ as he was out of the movie industry.

Regarding calling her husband a ‘Complete nobody’ his then-wife Kelly said,

“I have lived with actors and dated actors and personally I found it really boring,”

“All your life is talking about work or living it, “I wanted something more than that. And I obviously met the right person and it really didn’t matter what he did. I don’t care. He’s great.”

The couple’s married life was in great shape. His spouse at the time even left the film industry and started living with Fred like a common. But as time passed, their togetherness started falling apart and the duo finally took divorced after nearly 13 years in the year 2002.

Fred Tillman’s Ex-Wife Kelly Came Out As A Lesbian: She Later Married A Woman

In the year 2009, with the magazine named SheWired, she opened up about being a lesbian almost all her life. When the vlogger of the magazine Jeniffer questioned her about whether she wanted a relationship with a man or a woman, she said,  “definitely a woman.”

Later on September 15, 2010, Kelly got married to a woman named Malanie Leis.

The two joined a civil union at the Collingswood Municipal Court, in the chambers of Judge Robert T. Zane III. Among 11 attendees in Kelly’s and Melanie’s marriage, Fred was also the one who showed his presence in his ex-wife’s decision to accept who really she was.

After the separation from his celebrity wife, Fred is absolutely living a private life. He barely has made an appearance in public. So, it is really difficult to say about his current relationship status. However, going by his Facebook account which was active until 2019, it appears that he had not gotten engaged with anyone by that time.

But, we cannot omit the possibility of him having a relationship with somebody in the last 3 years. Well, in case you didn’t know Fred’s partner Kelly was earlier married twice, first to Boyd Black from 1979 to 1981.

Fred Tillman Is A Father Of Two

From his marriage to his actress-wife, Fred became a father of two daughters named Kelsey Tillman and Sonora Tillman.

Talking about his daughters in detail, his first child Kelsey was born on May 24, 1990, which makes her 32 years of age in 2022. She is a very secretive person and avoids the limelight as much as possible. She is on Facebook which reveals her interest in singing.

Similarly, Fred’s second daughter Sonora was born on April 10, 1993. In 2022, she is 29 years of age. She worked as a bartender in her parent’s owned restaurant Kelly’s Caribbean Bar, Grill & Brewery. Further, she is also an LGBTQIA+ advocate.

Fred Tillman Is A Grandfather

Right now, both his daughters are grown-ups. His elder daughter, Kesley seems to have a child but the exact information regarding him is not known. But, Fred’s younger girl, Sonora is a mother. She has two children with her ex-partner D.J. Wood named Atlas Owen Wood, born on March 19, 2016, and Harlow Wood, born on February 14, 2019.

In 2022, he probably is enjoying being a grandfather to 6 years and 3 years old grandchildren.

Kelly’s ex-husband, Fred has an account on Facebook with 313 friends. On his FB account, he last uploaded a post on March 2019. Before that, he often shared emotional posts and aside from that, he uploaded some of his personal photos and moments too.

He used to be a Yacht broker and had a boat worth $1.5 million. Besides, he also is a restaurant owner. So, undoubtedly, he has enough money to live a luxurious life. However, going through several media outlets, we could not find his net worth.

On the other side, his ex-wife Kelly McGillis has a fortune of $4 million.