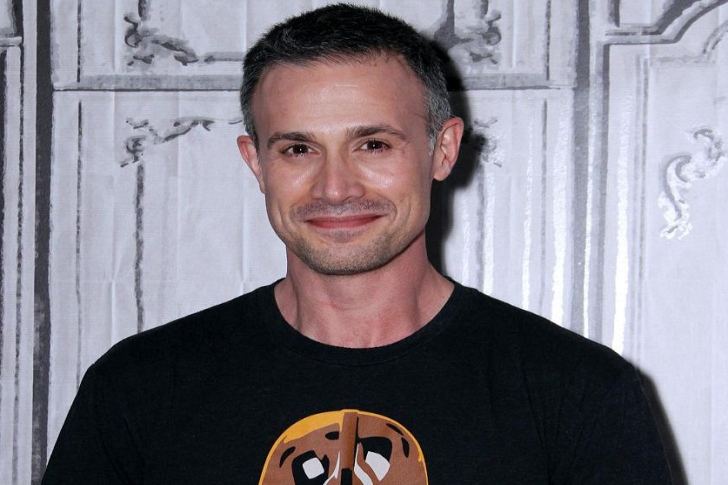 Freddie Prinze Jr. was born on March 8, 1976, in Los Angeles, California. He is the only child of Kathy Prinze (nee’ Cochran), a real estate agent and Freddie Prinze, an actor-comedian. His father had dual nationality, American and German.

His parents married on 13 October 1975. The two, however, filed for divorce just a year after their marriage in November 1976.

Besides, Freddie’s father was suffered from depression and died of a self-inflicted gunshot wound. He 0was just 10-month old at the time. He was later raised by his single mother in the deserts of Albuquerque. As a child, Prinze used to visit his paternal grandmother, who was from Puerto Rico.

Freddie Prinze Jr. professionally embarked on acting with a guest role on the hit ABC series Family Matters in 1995.  The following year, Freddie also scored his first big-screen role in a film To Gillian on Her 37th Birthday.

Subsequently, the actor played lead roles in many other successful film projects like Down to You (2000) and Head over Heels (2001), among others. He gained huge attention when he took the role of Sandy on the NBC acclaimed TV series Friends in 2002.

The same year, Freddie acted as Fred Jones in a block-buster movie Scooby-Doo along with his then future-wife Sarah Michelle Geller. The two also reprised the characters in its sequel Scooby-Doo 2: Monsters Unleashed (2004).

During the next few years, Prinze became part of many other movies such as Shooting Gallery (2005), Happily N’Ever After (2006), and Mass Effect: Paragon Lost (2012) as well.

Prior to his roles in movies and TV shows, Freddie is also known for his voice work.

Is an Ardent WWE Supporter

Freddie Prinze Jr. spent a year from 2008-09, working as a host and writer with WWE Raw. He made a cameo on an episode of the online program The Dirt Sheet.

On 17th August 2019, Prinze featured as a special guest host on Raw.

Freddie Prinze Jr. tied the knot with his wife Sarah Michelle Gellar on 1st September 2002, in Puerto Vallarta, Jalisco. The couple first came across while shooting, I Know What You Did Last Summer (1997). But, they officially started dating in early 2000.

In April 2001, Freddie and Sarah got engaged. They are also blessed with two children. Their first child, a daughter, Charlotte Grace Prinze was born on 19th Sep 2009.

The two welcomed their son, Rocky James Prinze on September 19, 2012. Prinze and Geller are together for over 18-year and their relationship is still going pretty well.

Freddie Prinze Jr. Net Worth: Details on His $6 Million Mansion

Freddie Prinze Jr. has a net worth of $30 million. On the other side, his wife Sarah owns a $20 million net worth. He currently lives at their sprawling $6.1 million mansion in the gated community of Mandeville Canyon, L.A with his wife and kids.

The house has a total area of 7,318 sq. feet. Talking about the house’s decor, once you enter the Prinze household, you will be first greeted by a hardwood floor and wood-paneled ceiling. What’s more, their living room consists of a fireplace and a chandelier.

What is Freddie Prinze Jr. Up to These Days?

It’s been a long time since we last saw Frederick in a movie or a show. His most recent work was as a voice cameo in Star Wars: The Rise of Skywalker. He played Travis on Punky Brewster in 2021.

Apart from that, Freddie keeps himself busy in his podcast, Prinze and the Wolf. He co-hosts the podcast with comedian Josh Wolf. They talk about random pop-culture tidbits.

Who is Sarah Michelle Gellar? Her Married Life With Freddie Prinze Jr.