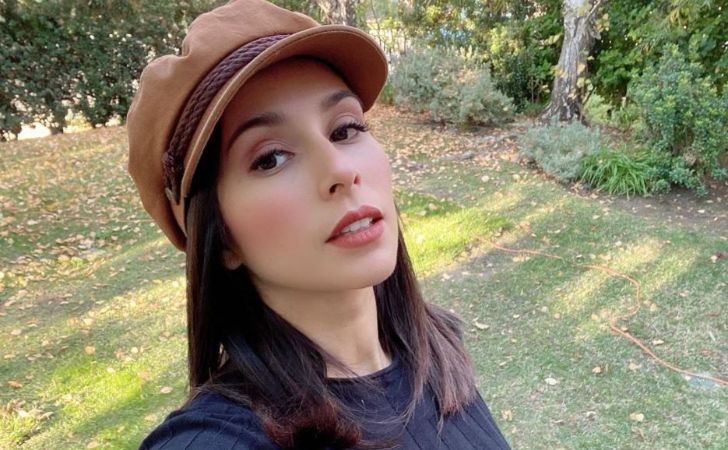 Patricia Azarcoya Schneider, also known as Patricia Maya Schneider, is a Mexican model, reality TV star, actress, comedian, and producer. Starting out as a model in Mexico, she has come a long way and has already earned recognization as a top-notch celebrity in the American industry.

While her professional life is one reason for her fame, she primarily became famous across the United States as actor Rob Schneider’s wife. In fact, Patricia became a subject in the media for her marriage to a man almost twice her age. But despite a huge age gap, she is leading a successful marriage with her husband Rob Schneider.

Besides, she is also a mother of two children with her hubby Rob. Well, how is her relationship with her kids? Here, let’s find out everything about her career, wedding, and other untold detail about Patricia Azarcoya Schneider.

Mexican TV producer Patricia Azarcoya Schneider was born on March 6, 1988, in Mérida, Mexico. She has not revealed much about her parents, but she reportedly shares a great relationship with her mother-in-law Pilar Schneider and father-in-law Marvin Schneider.

She finished her studies in her hometown in Mexico. After completing her education, she eventually pursued her career in modeling. However, things changed for Patricia after she met actor Rob and she decided to move to the United States. Since December 2020, she along with her husband and children are living in Arizona.

32 years old Patricia has been leading a successful career so far. She began her professional life as a model while in Mexico. During her career as a model in her hometown, she worked with several renowned modeling agencies.

Later, she also assisted her husband Rob in the Netflix sitcom Real Rob as a writer. Created by Rob Schneider, the show also stars her along with her real-life daughter Miranda Scarlett Schneider, spouse Rob.

The first season of the sitcom premiered on December 1, 2015, whereas the second season premiered on September 29, 2017.

There are not many celebrities who are interested in cooking. But Rob’s wife Patricia Azarcoya Schneider seems to be different from most of those celebrities. Unlike most celebrities, she has a huge love for cooking. In fact, she even runs a YouTube channel where she teaches all kinds of food recipes.

As we have already mentioned, Patricia is a married woman. She married the Grown-Ups actor Rob Schneider on April 23, 2011, in Beverly Hills. Despite being immensely popular celebrities, their wedding was a very closed ceremony, and very few close friends and family members were invited for the occasion.

Talking about the beautiful marriage ceremony, Rob later made a public statement saying,

Patricia and I were surrounded by our closest friends and family; it was the happiest day of my life. We had a great time at the wedding and are looking forward to our honeymoon

Well, though the couple tied the knot in 2011, they had been dating for six years already. They met for the first time during Rob’s promotional visit for his film in Mexico. It was on the sets of one of Patricia’s TV show as a producer where Rob was also invited. The two clicked instantly after the first meeting and began dating. Soon after they began dating, they reportedly moved to Los Angeles.

Well, as of 2021, Patricia and Rob are married for around a decade, and their relationship seems great despite a tremendous age gap of 25 years.

The beautiful Patricia Azarcoya is a mother of two children with her husband Rob. Her first child, a daughter Miranda Scarlett Schneider, was born on November 16, 2012, at 8:59 p.m. on Friday, after 19 hours of labor. As per People, she weighed 5 lbs., 13 oz., and was 18 inches long at the time of birth.

Apart from her two biological children, Patricia is also a stepmother to Elle King, a singer, and songwriter. Elle is Rob’s oldest daughter from his marriage with his first wife London King. Born in 1989, Elle is just a year younger than her step-mom.

Despite being a stepmother, Patricia and Elle share a great relationship. In fact, they have appeared together on their social media. Similarly, Elle has a great bonding with her step-siblings too.

Her Husband Was Married Twice In The Past

Patricia Azarcoya is not the only wife of Rob Schneider. He has rather been married twice in the past as well. The Real Rob actor first married actress London King in 1988. Unfortunately, just two years after their wedding, the couple divorced in 1990.

A few years later in 2002, Rob married for the second time to Helena Schneider. But like his previous marriage, the former couple filed for a divorce which was finalized in 2005.

When it comes to social media, Patricia is only active on Instagram. As of 2021, she has around 78.4k followers on her official Instagram account. On her Instagram, she gives insight into both her personal and professional life.

How Much is Patricia Schneider’s Net Worth?

As one of the most successful actors, TV personality, model, Patricia enjoys a wonderful life. In fact, she has also amassed a huge sum of money from her professional life. However, she has unfortunately not revealed the exact sum of her wealth.