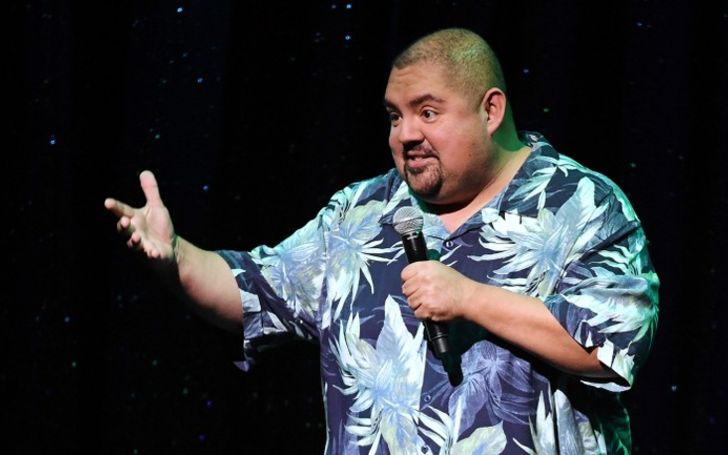 Gabriel Iglesias, aka. Gabriel Jesús Iglesias, is an actor and comedian mainly popular for his TV show The Fluffy Movie, and I’m Not Fat… I’m Fluffy.

Besides comedy and acting, he has also produced several films and TV shows. Well, let’s explore his career, family details, and also his weight loss journey.

Born in a middle-class family, Gabriel is the youngest of six children to his parents, Jesús Iglesias and Esther P. Mendez.

Growing up with a single mother, he spent a major part of his childhood in Riverside, Corona, Santa Ana, Baldwin Park, and Compton. However, during his youth, the family settled in Section 8, low-income housing in Long Beach.

As for a fact, his family is of Mexican heritage.

Iglesias loves to share his lifestyle with his fans through social media. Especially, he loves sharing his photos from childhood days. He also shares his photos with his mother and other family members on the platform once in a while.

Talking of his education, he did his high school from Wооdrоw Wіlѕоn Сlаѕѕісаl Ніgh Ѕсhооl. After the completion of his high school in 1994, Gabriel quit his studies and began his hustle for a job.

Following the completion of his study, he landed his first work in a cell phone company in 1997. However, following his passion for comedy, Gabriel quit his job to pursue comedy full time which resulted in him being thrown away from home and he even lost his car.

Gabriel Iglesias’ weight loss journey has been incredible considering the fact that he was at one point warned by the doctor that he had just a couple of years to live.

Though he still struggles with obesity, the Hot and Fluffy actor is a lot healthier keeping his past in the mind. Well, he now enjoys making jokes out of his excessive weight.

Below, we have explained his weight loss journey and his struggle with being overweight.

Gabriel’s obesity had led him to the point that doctors had warned him that he had just 2 years to live.

Well, the warning became the biggest wake-up for him that propelled Iglesias to start to make efforts to change his lifestyle.

In one of his interviews, he explained his situation saying,

That’s the biggest wake-up call you can get. Your habit is hurting you. You need to check yourself. You still have a chance.  There was one point where the back of my legs were almost black from poor circulation … I was pushing 437 pounds so I had really swollen legs,” he explained. “The skin was cracking on the inside part of my legs. There were parts where I was bleeding.

The skin was cracking on the inside part of my legs. There were parts where I was bleeding.

Moreover, he also struggles with Type II Diabetes. Also back in the day his blood sugar level used to be over 300 mg/dl (16.6 mmol/L) regularly.

43 years old Fluffy lost over 100 pounds. Before his weight loss journey that began in 2013, his weight was reportedly 437 pounds. In a span of two years, he decreased his weight to 320 Pound, ie, 117 pounds to be precise.

During his interview on the Today Show, he said, “I stopped eating bread. Believe it or not, bread will take you down,” Gabriel told the hosts. He added,


“I’m known for the guy who eats chocolate cakes and stuff, so I stopped eating whole cakes.”

Further, he also once mentioned that he was looking forward to undergoing bariatric surgery. However, he never updated if he underwent the procedure.

Gabriel Iglesias is Not Married But Dating Claudia Valdez

As Gabriel and Claudia are usually considered, they are not married. Instead, they are living as girlfriend and boyfriend for over a decade.

The couple met at the “Make A Wish” event at the Laugh Factory and eventually began dating.

While Gabriel’s only reported relationship is with Claudia, she, on the other hand, was married in the past. She also has a son from her marital relationship.


Though Gabriel does not father any children, he is the father to his step-son Frankie from Claudia’s past marriage.

In one of his Twitter posts, he even mentioned that he has no plans to welcome any child and that he considers Frankie more than his biological child.

Talking of his earnings, he makes a major portion of his income from movies and TV shows. Besides, he also adds to his wealth from live shows and stand-up comedies.