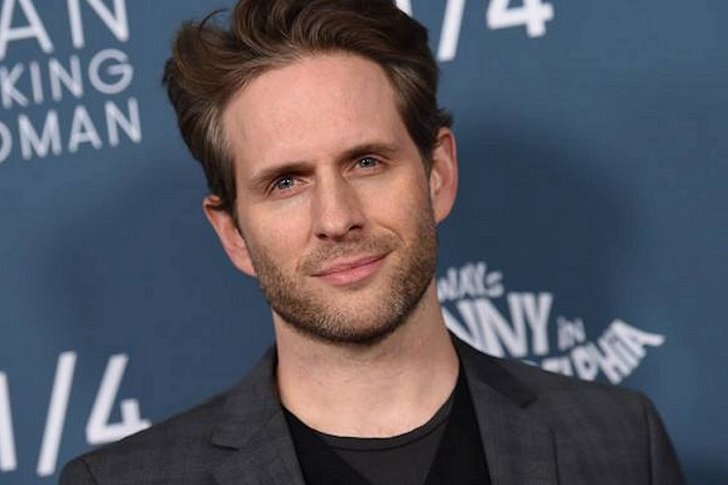 Glenn Howerton is a Military Brat: Has one sibling

Glenn Howerton was born on 13 April 1976, in Japan to American parents. His father Glenn Franklin Howerton Jr. was a decorated fighter pilot while his mother Janice Howerton a housewife. He has a sister named Courtney Howerton.

Howerton spent his childhood in several countries due to his father’s job including South Korea, England, and more.

Glenn moved with his family to the English town of Felixstowe, Suffolk at the age of 3. The family then moved to Virginia. Subsequently, they went to South Korea, settling in Seoul. They moved to Alabama when Howerton was 10.

Is Glenn Howerton Japanese? His Ethnicity

Howerton holds a dual nationality American and Japanese. He belongs to mixed ethnicity as the actor is of English, Scottish, Irish, and German ancestries.

Howerton graduated from Jefferson Davis High School in Alabama. He also took two years of acting course at the New World School of the Arts of Miami Dade College.

From 1996-2000, Glenn studied at the Juilliard School and graduated with a B.F.A. in the Actor Training Program.

Upon graduation, Glenn Howerton swiftly moved to the land of TV, first appearing in The Job in 2002. The same year, he snagged the character of Corey Howard in the ill-fated That ’80s Show.

Howerton made his TV breakthrough and has been gracing us with his iconic lead role Dennis Reynolds in the highly successful TV series It’s Always Sunny in Philadelphia since 2005. He has shared the screen on the show along with Kaitlin Olson, Danny DeVito, and Charlie Day. He also works as a writer, director, and executive producer for the project.

Since 2018, Howerton has played the main role of Jack Griffin in A.P. Bio. He played Jerry in the TV series The Fugitive in 2020.

Prior to his roles on TV, Glenn Howerton is also credited for his roles in dozens of successful films. He scored his first film role after portraying Dick Ebersol in a 2002 TV film Monday Night Mayhem.

In 2016, Glenn appeared as Dominic in the film, Officer Downe. Moreover, he played Richard in the 2020 horror film The Hunt.

Glenn exchanged vows with his wife Jill Latiano on 8th September 2009, in a stunning wedding ceremony held at Rancho Las Lomas, California. His wife Jill is also an actress who even appeared as a guest in It’s Always Sunny in Philadelphia in 2009.

As per some authorized online sources, the loving couple met for the first time in 2006. They dated for some time before getting engaged in Feb 2008.

They also have two children. Their first child, a son, Robert  Howerton was born on 12th Sep 2011. The two announced they were expecting their first child in July 2011.

Besides, Howerton also enjoys snowboarding and skiing. During his leisure time, the actor plays golf and basketball.

Glenn Howerton has an estimated net worth of $25 million, as per Celebrity Net Worth. His multiple roles like actor, producer, screenwriter and director are the major driving force in his journey to multimillionaire.