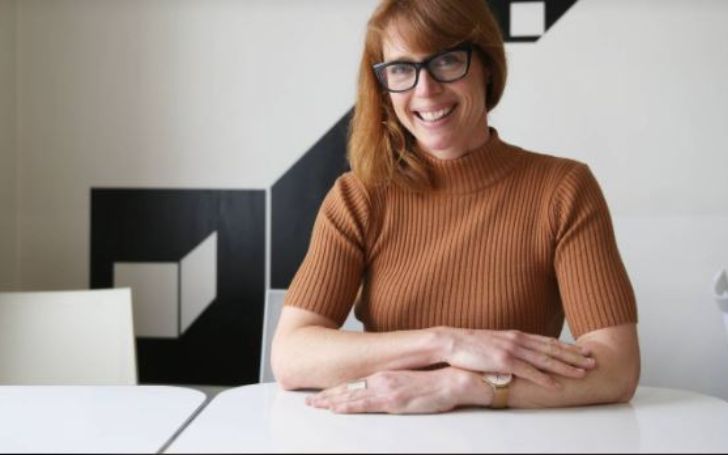 Gwen McTavish, originally, Gwen Isaac is a producer and director of factual television, documentary, and short-form content. She specializes in issues-driven, human-centered story-telling. She is also the winner of several documentary film awards including the London Independent Film Awards.

McTavish though is better known to a larger audience as the wife of Scottish actor, Graham McTavish, known for his roles as Dwalin in The Hobbit film trilogy. He is also famous as the Dracula in the Netflix animated series Castlevania, Loki in various Marvel animated projects, The Saint of Killers in the AMC series Preacher, and Dougal Mackenzie in the Starz series Outlander starring Sam Heughan.

While Graham is sort of a much-talked-about actor in the British region, his wife, Gwen is also quite a reputed celebrity in the film industry, though her work mostly includes behind the camera. With credits from ITV London, NBC USA, and BBC Scotland, Gwen self-shoots, crew directs, and likes equipping students with multiple skill-sets around the production.

Know more about her in the piece down below; her early life, how she became a documentary creator, her marital life with her actor husband, and more.

Although it is unclear when exactly does Gwen McTavish celebrates her birthday, she is reported to have been born in London and grew up in the Bay of Islands, New Zealand.

Her mother reportedly is an artist. Sometime shortly after her birth, Isaac moved with her mother to New Zealand, to join a thriving single parent artist community in the Bay of Islands.

As a child, Graham’s spouse studied at Epsom Girls Grammar School. Gwen says it was the longitudinal study documentary, Seven Up! that inspired her to study at Auckland University of Technology There she got a Bachelor of Communications, majoring in Documentary and Television; Theory and Practice.

She also has a certificate in UK Media Law for Journalists and broadcasters. After finishing her studies at AUT, Graham’s wife moved back to London to pursue a career in filmmaking. She later went on to make lots of reality TV in Britain and has spent 13 years making reality TV in the UK and US.

Her first feature documentary was Where There is Life (2017) following a Wellington family caring for their terminally ill mother. Graham’s wife’s work also includes Siouxsie and the Virus (2020), a short film about microbiologist Siouxsie Wiles.

Her Journey To TV Reality Shows

After finishing college and returning to London, Gwen initially won a handful of gigs directing television for broadcasters ITV and the BBC, and companies RDF and Endemol. The British-born Kiwi filmmaker states working on fast turnaround reality shows taught her a lot of skills in her eventual documentary career.

Some of her early works include the reality show, Mum’s On Strike. After that, she was behind the scene jobs for an oft-repeated BBC documentary series, following members of the clergy at York Minster.

In 2008, she made a 13 episodes documentary, Heroes Unmasked.

By 2011 Isaac had decided to make her first feature. She then happened to stumble upon a woman suffering from a motor neuron disease in a Lower Hutt gym.

Gwen later found out she was terminal which motivated her to document her final few days. Isaac befriended Margaret Lee, who was at the time in the early stages of Motor Neuron disease.

“My opening gambit was that we’d make an aide memoir for their daughter Imogen, who was 10. They were right up for it, which was a dream come true for an observational filmmaker,”

said the wife of the Hobbit actor.

Then during the mid-2010s, Isaac apparently spent four years recording a Lower Hutt mum’s decline from motor neuron disease for her intimate documentary Where There is Life.

Four years from that fateful meeting in the gym, she would create Where There is Life, a project capturing the aforesaid woman’s slow retreat from life.

Graham’s spouse calls it a “celebration of the art of caring…all its horrors and joys.” The film, Where There is Life premiered at the 2017 NZ International Film Festival. It later won Isaac Best First Time Director at the London Independent Film Awards.

Why Did Gwen Choose To Make A Documentary About A Dying Patient?

When NZ Herald in Oct 2017 asked why she decided to make a film about a terminal illness, Mrs. Graham explained,

I came back to New Zealand after 13 years – making reality TV in the UK and US hungry to take on my first feature. Within days I was at the gym when a mutual friend pointed out a woman having a leaving do because she’d just been diagnosed with motor neuron disease and given two years to live.

Isaac further said how the slowing death process of the woman intrigued her to make the film. She says she took help from a fresh film school graduate to turn the 120 hours of footage into an 80-minute feature.

In 2020 Mrs. McTavish shot and directed a short documentary Siouxsie and the Virus. It was about the Auckland-born microbiologist Siouxsie Wiles’ battle for urgent action as the Covid-19 pandemic hit Kiwi shores.

In 2021 Gwen released Tokyo Woman, a documentary about the ‘feminuzumu’ (female empowerment) in Japan. It is an intimate portrait of three Japanese women and their experiences of female empowerment. The short documentary later managed to win nods in several film festivals, winning Best Sound and Music at the Wild Sound Festival.

It was also the winner of BEST SOUND & MUSIC at the June 2021 DOCUMENTARY Film Festival.

What Is She Doing In The Present?

Gwen is currently the founder of Midnight Swim Productions, producing both behind-the-scenes content and documentaries for the UK audience. This she had found sometime after her marriage to the Outlander actor.

In addition, she has affiliations with Directors UK Union, WIFT NZ, and DEGNZ. She is also a Lecturer at Massey University.

Isaac met Graham when she was a student at AUT in The Bay of Islands, New Zealand.

Though neither the Castlevania actor nor his filmmaker wife has ever spilled the beans on where and when they married.

Isaac has not talked markedly about her marital details in front of the media and Graham, too, has let out sod all Infos in regards to his relationship with his wife.

Though what is known is after the marriage, Graham and his wife, Gwen had relocated to Los Angeles and lived there for a couple of years. They then moved back to Wellington when he got a job as a dwarf on The Hobbit.

Her actor husband, Mr. Graham has often stated that New Zealand is a place that he loves “very dearly” as it is now his adopted home. The couple, in addition, has also lived between London, and Santa Monica. They are also parents to two daughters, Honor and Hope McTavish.

Although Graham and his spouse are ridiculously private about their relationship relations, they are supposedly very much together. It’s the secrecy around their life off the camera that often makes people wonder if the pair are still the husband and the wife.

Given the Preacher actor doesn’t bother at all to mention even the name of his partner on his otherwise active socials, it is only natural to think if he is still the husband of the New Zealand film director, Gwen Isaac.