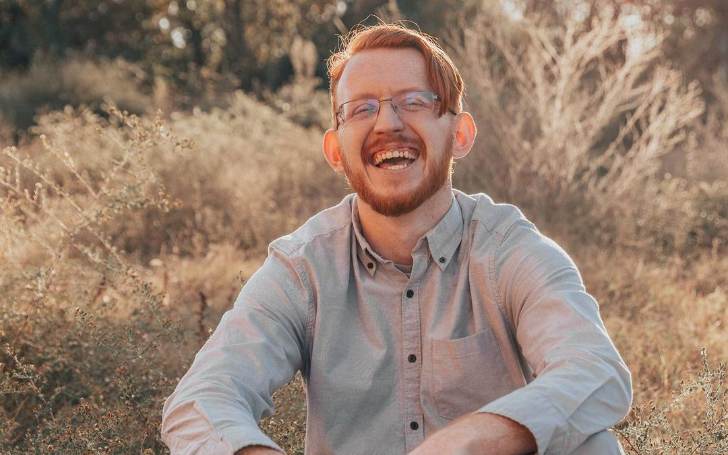 Gunner Vincent Calaway is a celebrity kid who is famous for being the son of the legendary wrestler of WWF/E The Undertaker (aka Mark William Calaway). His father is best known for his major wrestling career acclaimed as the “Deadman”.

Similarly, Gunner’s mom Jodi Lynn Calaway was the first wife of his father. However, nothing much is known about Calaway’s mommy, apart from the fact that she tied the knot with the legendary wrestler in the year 1989. Eventually, after 10 years, in 1999, the couple separated when Gunner was just a 7–year-old kid. So, how has his life been since his parent’s separation?

Here, we have some untold details on The Undertaker’s eldest son, Gunner Vincent Calaway including his age, height, education, personal life, net worth, and many more.

Gunner Vincent Calaway Is The Son of Undertaker

The Undertaker’s son Gunner is 29 years of age as of 2022. While his exact birth detail is still to be known, he was born in the month of August 1992 to his father’s first wife Jodi Lynn. Gunner is the eldest child of a WWE legend so is obvious to say that he is living a luxurious lifestyle.

Moving on to his education, he completed his high school diploma from Franklin Road Academy, a private school in Nashville in the year 2012. After that, he enrolled at Full Sail University where he did a bachelor’s in Videogame Art specializing in Traditional/ Digital Arts.

Besides, he belongs to the Caucasian ethnicity and is American as per his nationality.

From his father’s other 2 marriages, he became the elder brother of four half-siblings named Chasey Calaway, Gracie Calaway, Kaia Faith Calaway, and Kolt.

As we said above, Gunner’s parents, The Undertaker and Jodi separated legally in the year 1999. Well, a year following his divorce from his first wife, the WWE wrestler tied the knot with Sara Frank Calaway in 2000. His second wife is an American professional wrestling valet and a one-time wrestler. But, sadly, the couple got divorced in 2007.

For the third time, in 2010, he shared vows with his third wife Michelle McCool who is also a retired professional wrestler famous for becoming a two-time WWE Diva Champion and a two-time WWE Women’s Champion. Since then, the couple is still happily together.

During his WWE Hall of Fame Speech, he acknowledged his now-spouse as his soulmate and a great mother to his children.

Gunner Vincent Calaway Is Close To His Father

Despite the fact that his parents have divorced, Gunner shares a great relationship with both of them. In fact, he is also very close to his wrestler-father.

As per sources, he has a cordial relationship with his father which is also displayed by his Twitter which he joined in 2011. His intro on Twitter is, “I am the son of a Professional WWE wrestler THE UNDERTAKER”.

Gunner Vincent Calaway Is A Freelance Artist: His Career Detail

In 2022, he is an artist and also work as an Illustrator. If we go through his social media then we get to see his numerous graphics design. Each of his designs seems really fantastic and has its own character.

Similarly, he also runs a website named REDBUBBLE in which he sells his artwork. But prior to becoming an artist and illustrator, he worked in numerous positions in different organizations which we have discussed below.

Following the completion of his Bachelor’s degree, he joined uBreakiFix, a Computers and Electronics Manufacturing as a Store Manager. After that, in 2019, he started working as a Sales Renewal representative and in an IT service and IT consulting company, ServiceSource.

Further, he is also an Information Technology System Administrator in Concentrix at present.

Is Gunner Vincent Calaway Dating Or Married In 2022?

Coming up to 2022, he is not in a marital relationship. In fact, he does not seem to have any plans to tie the knot anytime soon. But what about his love life? Is he dating a girlfriend?

Unfortunately, there are no reports surrounding his love affairs as well. So far, he has not been reported of having a girlfriend. Moreover, his social media account also does not say anything about his love life. Thus, for now, it is safe to say that he is single and not dating a partner.

Gunner is hugely active on Instagram under the username @theshogungun with 4,124 followers. Further, he is also on Facebook.

Moreover, he also has a Twitter account under the username @TheShogunGun1 with 105 followers which he joined in April 2018. Before this, he had a Twitter with the username @gunnercalaway.

What Is Gunner Vincent Calaway’s Net Worth?

Since he has been working as an artist, illustrator, and prominently an Information Technology Administrator, he is surely earning a good amount. As per reports, he has a net worth of $10k.

On the other side, his famous father, The Undertaker has an estimated net worth of $17 million.