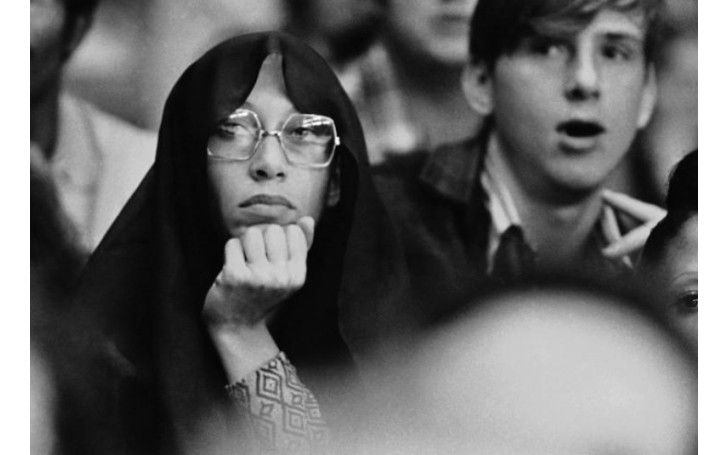 Habiba Abdul-Jabbar is a celebrity wife who shot to fame after her marriage to the former American professional basketball player, Kareem Abdul-Jabbar. In fact, he is one of the top 3 players in the National Basketball Association (NBA) history.

Prior to marrying Kareem, Habiba used to go with another name but changed it up in order to marry Kareem. Despite all this, the former couple’s wedding couldn’t sustain long, yet, they had three children in their marriage. Besides, Habiba’s parents didn’t get to attend her nuptials and were denied to enter the mosque.

Well, what was the reason to bar Habiba’s mom and dad to enter the mosque? Why did the then-husband and wife part ways? Is she married to a second husband? Read the article below to find all the details about Habiba Abdul-Jabbar. Also learn about her age, birthday, education, love life, net worth, and many more.

Who is Kareem’s Wife, Habiba Abdul-Jabbar? Her Birth Details

Kareem Abdul-Jabbar’s wife Habiba is a fashion designer who was born Janice Brown. She was born in October 1947 making her 75 years in 2022, however, her exact date of birth is under the wraps. She holds American citizenship and belongs to white ethnic descent.

As Habiba Abdul-Jabbar hasn’t revealed much about her early details, information about her childhood is still behind the curtains. Regardless, we know that she is the only child of her parents and followed Christianity in her formal years before converting to Islam because of her ex-husband, Kareem.

She went to California State University, Los Angeles to pursue her degree. She successfully completed her education and graduated from there. Nonetheless, Habiba hasn’t revealed her year of graduation.

Where Is Habiba Abdul-Jabbar From?

As many tabloids have claimed Habiba’s parents are from New York, her original address must be from there. However, after her marriage, she shifted to her ex-husband’s house in Washington D.C. with her ex-hubby Kareem.

As of now, Habiba Abdul-Jabbar resides in View Park, Los Angeles, California with her family.

The fashion designer exchanged vows with her former partner on 28th May 1971 in a mosque in Washington D.C. in a private wedding ceremony. Though her marriage was attended by both sides of close friends and family members, Habiba’s parents weren’t allowed to enter the mosque.

Even though Habiba changed her name from Janice Brown and religion to become a Muslim, her mother and father weren’t permitted to attend her wedding. They traveled all the way from New York just to see their only kid’s nuptials, yet they were denied because of their Catholic faith. It somehow caused a split in the relationship between Habiba’s family and her husband’s family.

Since Habiba’s ex-mate was also a newly converted Muslim, even he had no ideas regarding such practices. Therefore, even Kareem reportedly felt bad about this. After this incident, Kareem always made sure to mention his in-laws whenever he was on national television. He used to say, “Hi to Moms and Pops in Newyork.”

What was the Reason behind Habiba’s Divorce from her Ex-Husband?

Habiba and her former hubby Kareem’s union was not for long. The ex-pair then parted ways just after a couple of years of marriage. Also, according to sources, they lived separately for a brief period soon after they walked down the aisle.

While the duo was married at that time, Kareem was studying at Harvard. After some time, the couple had their first child and he couldn’t manage time for his family. Because of this, Habiba separated from her then-beau in 1973. Later, the former lovebird’s wedding was dissolved in a religious ceremony and they officially ended their courtship in 1978 at Kareem’s request.

Also, according to the reports, the former basketball player had a girlfriend named Cheryl Pistino who influenced their divorce. Kareem afterward married the same girl Cheryl after his divorce from his ex-wife Habiba.

The 75-years-old had one baby girl when she was married to Kareem. Nevertheless, the former couple didn’t stop having children even after their separation. As a result, Habiba had two more kids after her separation from her then-spouse.

Her eldest child is Habiba Alcindor, born in 1972. Similarly, she welcomed her second son, Kareem Abdul-Jabbar Jr., after four years in 1976. Finally, her third and youngest little girl Sultana Abdul-Jabbar was born on 1979. All these children were raised by her as a single mother.

Who is Habiba’s Second Husband?

Well, since Kareem’s ex-spouse isn’t active on social media platforms, information about her personal life is scarce. She is away from the public eye and doesn’t want any media interference in her life at present.

However, we have discovered that, after her divorce from the former NBA player, she went on to marry her second husband, Mr. Herbert. Eventually, she also had a child named Sean Herbert with him.

The mother of four has struggled a lot to raise her children by herself. Therefore, she indulged in lots of jobs. She is the owner and a designer at Tutu Glam.

Before that, Habiba was an event planner in various Non-Profit Organizations for a long time from Feb 1993 to Nov 2011. Back then, she also worked as a Transracial Adoption Specialist from Feb 2008 to Oct 2012 at Vista Del Mar.

Net Worth Of Habiba Abdul-Jabbar

Though she was active in her career, her total assets haven’t been revealed yet. However, being a store owner and having been working for years, she must have earned enough for herself and her family.

Meanwhile, her ex-husband Kareem Abdul-Jabbar is a multi-millionaire with a net worth of $20 million. As he is an established NBA player, his fortune is not a surprise.

All About Marcus Glenn Richardson: His Bio, Salary, Occupation

Who Is Jesse Eisenberg’s Wife Anna Strout? Everything You Should Know