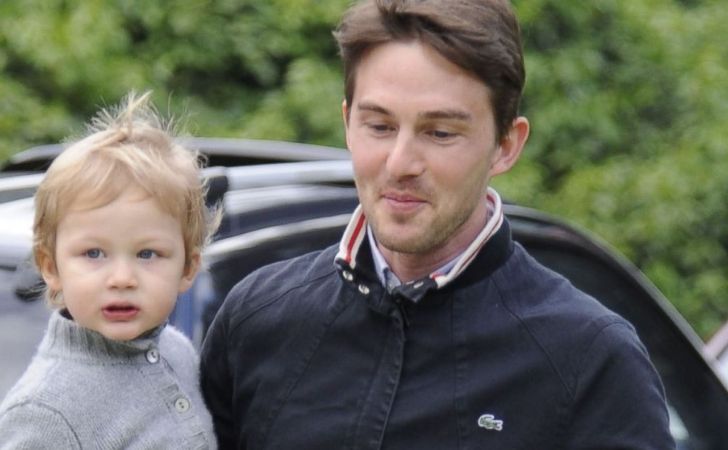 Hermés Gustaf Daniel Giersch is famous as Kelly Rutherford’s son with her ex-husband Daniel Giersch. Hermes became a hot topic in the media after his parents were involved in a heated custody battle for years following their divorce.

Today, we’re talking about Hermes’ life after his parents’ divorce. Also, let’s know more about his sibling, childhood, and parents.

Hermés Gustaf Daniel Giersch was born on 18th October 2006. He is the first child of Rutherford and Daniel. The ex-couple welcomed Gustaf, two months after they tied the knot in August 2006.

According to the reports, Hermes was born at the Cedars-Sinai Medical Center in LA. “We are all feeling good and I am so blissed out and tired,” Rutherford told People after giving birth to her first child. She added,

Hermes has a sister Helena Grace Rutherford Girsch who was born on June 8, 2009. His parents were already separated while his sister Helena was born.

Both of them primarily live with their dad in France and Monaco. On the other hand, their mom often visits them.

Hermes’ Parents Relationship: How it all began?

Kelly Rutherford and the German businessman Giersch met in 2006 and the former fell in love with him quickly. Just a couple of months after they started dating, Rutherford became pregnant with their son Hermes. After that, the then-lovebirds got married in August.

The couple spent happy two years of married life during which they experienced their first parenthood.

They became pregnant once again in fall 2008. But this time around the ex-husband-and-wife was also going through some tough times in their married life.

Rutherford and Giersch were unable to solve their differences which ultimately led them to dissolve their marriage in a divorce. Rutherford filed for divorce in late December 2008 citing irreconcilable differences as the cause of their split.

His parents were involved in a years-long custody battle

The 51-year-old Gossip Girl star and German businessman Giersch reached a temporary agreement to share their children’s custody. However, the ex-pair faced a problem after Daniel was deported from the United States in 2012 after his visa revoked.

In August 2012, a California court ordered their children to live with their father in Monaco and attend school there. In 2015, actress Rutherford received temporary sole custody of her children after they spent three years in France.

Meanwhile, in July 2015, a California judge ruled the court didn’t have any jurisdiction to give the children’s custody to their mother solely as she lived in New York by that time. Kelly subsequently filed a case in New York court seeking the custody of the kids, however, the court also ruled, it didn’t have the jurisdiction.

On the other side, a Monaco court gave the full custody of the kids to their father in December 2015. Since then, the German businessman has full legal custody of their children.