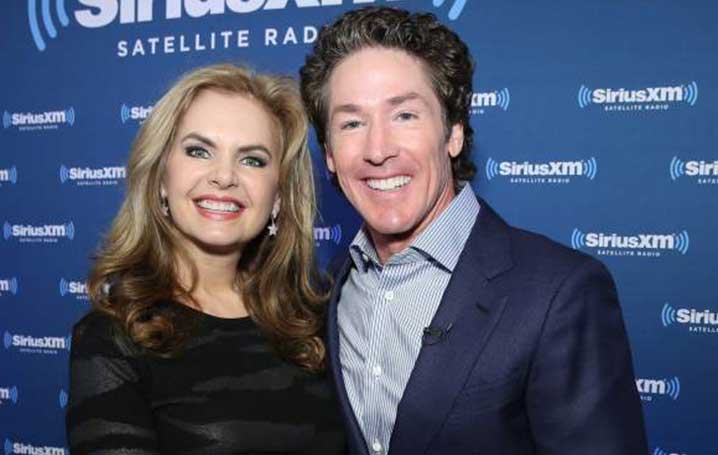 Joel Osteen, a well-known author, and church pastor. The 57-year-old pastor rose to popularity after his sermons were televised which have approximately 10 million weekly viewers in the United States only. Besides this, Joel is often talked in the media for his enduring married life with his wife, Victoria.

The pair has been married for over 33 years and are parents of two. Living through three decades as husband and wife, they have honed their skills to maintain a peaceful conjugal life. Well, let’s find out what exactly they are.

Joel and Victoria Osteen are Married since 1987

Joel Osteen and Victoria Osteen are a paragon of a perfectly married couple. The co-pastors of the Lakewood Church have been married for over three decades and they are still going strong as husband and wife. Joel and Victoria exchanged their vows in a privately organized wedding on 4 April 1987.

Joel and Victoria started dating after they came across at her mother’s jewelry shop in the ’80s. The former had reached to the shop to buy a battery for his watch. They hit it off at their first meeting and started dating shortly later. They dated for about a couple of years before walking down the aisle.

Joel and Victoria have two children together, a son, Jonathan Osteen, and a daughter, Alexandra Osteen. The husband and wife experienced their first parenthood on 2oth April 1995. Three years later, they welcomed their daughter, Alexandra on 9th November 1998.

The couple has lived more than three decades as husband and wife. In their long journey, they, of course, have faced several ups and downs, however, they never let their small misunderstandings ruin their marriage.

Meanwhile, the couple is some times rumored to be divorced or separated. But, we want to assure you all that they have never reached the phase where they considered getting divorced as of yet.

Victoria Osteen is an author and co-pastor of Lakewood Church in Houston, Texas. Born in Alabama to a mathematician father, Victoria moved to Houston at 2 after her father took a position with NASA. After completing schooling from a local school, she attended the University of Houston where she studied psychology, however, she didn’t graduate.

Talking about her work, she started working for her mother’s jewelry business while she attended university. She later founded Lakewood Church Women’s Ministry in 2003 where she started serving as the co-pastor. Besides, she is a regular feature on Houston radio station 89.3 KSBJ.

Their Daughter Graduated in 2020

Joel and Victoria Osteen’s daughter, Alexandra Osteen graduated from the University of Texas in May 2020. Celebrating Alexandra’s graduation, both of her parents took to their social media where they shared her photo with a graduate cap.

“Congratulations Alexandra! Celebrating all you have accomplished. You are smart, kind, fun, and beautiful inside and out!” wrote Victoria on her Instagram. While Alexandra’s father wrote: “Congratulations to our beautiful daughter Alexandra! You are an amazing young woman” in the caption. Here are the posts:

Congratulations to our beautiful daughter Alexandra! You are an amazing young woman. I am so proud of you and know that God is going to take you further than you’ve ever dreamed! University of Texas, 2020 graduate.

Meanwhile, their son, Jonathan graduated from the same university in May 2017.

The Secret of Their Happily Married Life

Writing to her blog in September 2016, Victoria Osteen revealed the secret of their peaceful conjugal life. There, the 59-year-old pastor wrote she isn’t perfect neither is her husband, but they both know how to deal with their imperfections.

She went on saying that to make their relationship perfect they had to learn how to adapt to each other in the early day of their journey. “We had to be willing to change. Most importantly, we had to make the choice daily to build our home on unconditional love,” added Victoria.

Meanwhile, in 2018, Joel and Victoria published a book titled “Our Best Life Together: A Daily Devotional for Couples.” In the book, the pair have shared their experience living a married life for three decades and raising their kids while handling their jobs side by side.

Through the book, Joel and Victoria try to encourage its reader to be faithful to their spouse and remind them that “God brought you together to help each other succeed and to become all He created you to be.”

The Osteen-duo Actively Share their Lifestyle on Social Media

On their social media, we can see many of their posts related to their personal life. They frequently share their children’s photos while they can also be seen praising each other on their account. Besides their family life, Joel and Victoria often share motivational posts that majorly consists of videos and quotes.