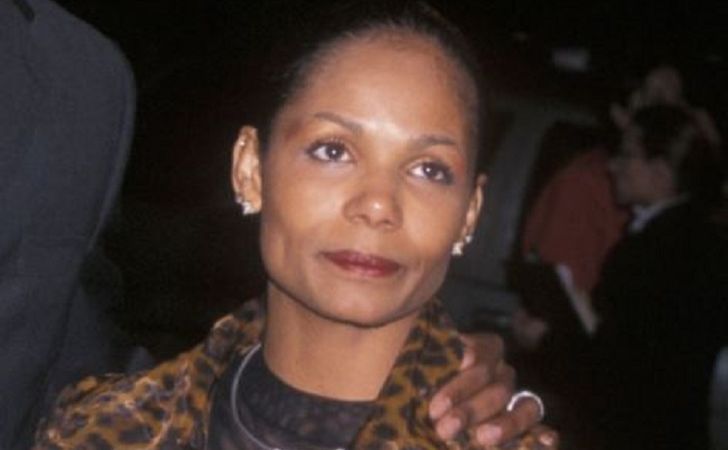 Lisa Thorner is an American actress and former model. She is most famous as the ex-wife of American actor, comedian, and writer Damon Wayans. While she keeps herself away from the media radar at present, it was not always the same. She was married to comedian-husband Damon Wayan Sr. in the past. But almost 16 years into marriage, the former duo divorced.

Her unsuccessful marriage at one end, Lisa is also a mother of four, and all her children lead an independent life. Besides, she is also already a grandmother.

But as you might be wondering, how is Lisa Thorner’s life post her split? Is she dating somebody? Well, there are tons of things you are probably curious to know, and we have answers to all of them.

Talking about her nationality, Lisa is American and belongs to the African-American ethnicity.

Lisa Thorner Was Married For 16 Years To Husband Damon Wayans

Though Lisa’s life at present is entirely different, she led a beautiful marriage in the past. She was married to American comedian Damon Wayans Sr. They exchanged vows on April 24, 1984, almost two years after their first child Damon Wayans Jr.

Like any couple, Lisa was very much into her marriage, and things were really great between the two. As a celebrity wife, Lisa had quite a life with her husband initially. She even made a few public appearances. In fact, she gained decent exposure and recognization as a wife of comedian Wayans.

But not all relationships are meant forever. They were married for 16 years before things could not move on anymore for Lisa and her husband.

They soon filed for divorce. But before moving on to their split, let’s talk about how they met.

Lisa Thorner Met Damon When He Was Still A Struggling actor

Like any common man, Lisa’s ex-husband Damon was also not born with a silver spoon. And back when she met him, he was still a struggler in the industry.

Lisa met her ex-spouse Damon back in the early 80s when he was still trying hard to make it into the industry. Call her his lady luck, Damon got his first break in Beverly Hills Cop soon after he met Thorner.

The couple dated for a while before they finally decided to take the wedding vows. Needless to say, the couple were together in every up and down in the initial phase of their life. But call it fate, they didn’t stand to the vow “till death do us part.”

Though Lisa And Damon Tried To Reconcile, Divorce was imminent

Lisa Thorner’s divorce from Wayans was unexpected, but things eventually didn’t work out for the couple. If reports are to be believed, they even tried to reconcile, but it didn’t work out.

The couple filed for divorce in August of 2000, citing irreconcilable differences. As per the legal documents and petition filed in Los Angeles Superior Court, they had been living separately since May 21, 2000. While Thorner lived in Beverly Hills’ home, Wayans lives in Santa Monica.

Their divorce was reportedly finalized by the end of 2000.

In the divorce papers, the mother of four reportedly appealed for the joined custody of the children. Further, Lisa also demanded spousal support along with legal attorney’s fees, and all the costs related to divorce proceedings.

Lisa has four children with her husband Damon Wayans Sr. Their first child Damon Wayans Jr. was born on November 18, 1982, two years before her wedding.

All Her Kids Are Actors

Like her father, all her kids are also actors. Her first kid Damon Wayans Jr. has appeared in films like Let’s Be Cops, The Other Guys, Big Hero 6, How to Be Single.

Similarly, Michael and Cara have also appeared together in Blankman, and Dance Flick.

Lisa Thorner Is Also a Grandmother

Her Ex-Husband was Diagnosed with Type 2 Diabetes

A to the reports by TMZ, Lisa’s ex-husband was diagnosed with type 2 diabetes back in February 2013. As a comedian, Damon had to cancel all the pre-scheduled shows because of the complications caused by the disease.

Source reported that the comedian dropped six shows that were pre-scheduled for March in Buffalo, New York.

Lisa Thorner’s Life At Present: She Didn’t Marry After Divorce

Since her divorce from Wayans, Lisa’s stayed completely away from the spotlight. Like in the past, she chooses to keep herself away from the media and public attention.

Though the whereabouts of the comedian’s former wife is not known, there are assumptions she leads a peaceful life. She is reportedly unmarried since her divorce. Also, there are no reports of her having any boyfriends or being involved in any sort of romantic relationship.

Professional Career: Lisa Was a Model In the Past

Thorner was a model in the past. In fact, she has modeled for some big modeling agencies. As per sources, she began her modeling career in her twenties and had to quit after she became a mother.

As the model, Lisa earned decent net worth. Needless to mention, she also received a good amount in her spousal support. And for her net worth, it is now estimated at about $2 million. Besides, her ex-husband Damon Wayans has a net worth of $35 million.