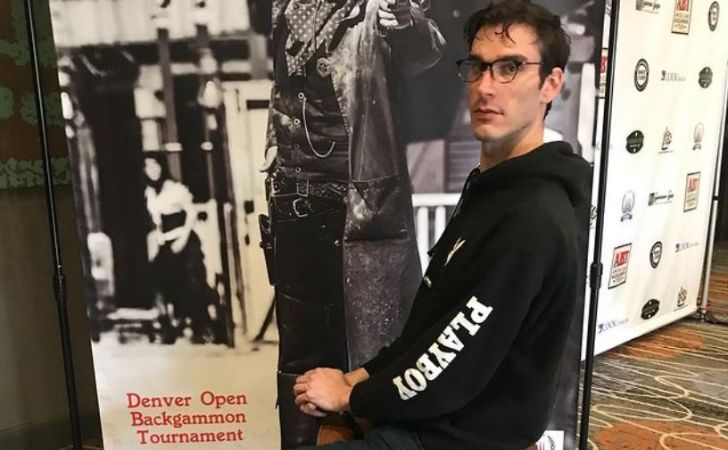 Marston Hefner is one of four children of legendary American publisher and the founder of Playboy magazine Huge Hefner. He was born as the oldest son of Hugh from his relationship with his second wife Kimberley Conrad.

Apart from his recognization as a celebrity kid, he is also known for his professional accomplishments. Well, he is an actor and has appeared in a few TV series and documentaries. But what about his love life? Is he married to a wife or dating a girlfriend?

Here are comprehensive details on his love life, career, net worth, & much more. Let’s begin.

Who Is Marston Hefner?

Born in a famous and wealthy family, Marston had pretty much a luxurious upbringing. In fact, he spent the first eight years of his life in the Playboy mansion.

How Much Is Marston Hefner Net Worth?

As the son of a millionaire father, Marston has lived a lavish life from the beginning. From living in one of the most expensive mansions to enjoying all the modern luxuries, he has lived it all.

But how much did Marston Inherit after the death of his father? Well, as per the sources, he inherited a decent sum of his father’s wealth. As of 2021, he is worth around $1.6 million.

His Father Was Very Rich

Marston’s father Hugh Hefner was a successful entrepreneur. A renowned magazine publisher, Hugh was the founder of the controversial Playboy magazine. The magazine has sold millions of copies over the years. In fact, the first issue of the magazine published in 1953 sold over 50,000 copies; it featured the late Marilyn Monroe.

Through his professional accomplishments, he earned millions in wealth. Further, he also owned a massive Playboy mansion, which he put for sale for $200 million in 2016 and was eventually sold for $110 million. The mansion that spread in 21 thousand square feet featured 29 rooms, a movie theater, a wine cellar, three zoos, a waterfall, tennis and basketball courts, and multiple pools.

Well, at the time of his death, he was worth around $50 million, as per Celebrity Net Worth.

Marston’s mother Kimberley Conrad married his father Hugh Hefner as his second wife. 36 years apart in age, the couple married in 1989, in a beautiful wedding ceremony.

From their marital relationship, the couple welcomed two kids. His younger brother Cooper Hefner was born on September 4, 1991. But unfortunately, things between his parents didn’t go smoothly for very long.

Almost around 9 years into marriage, the duo separated in 1998. Later, 11 years after separation, Hugh filed for divorce from Conrad in 2009. The divorce was finalized in 2010.

His Mother Was Playmate of The Year

Just to add to this, she has also featured in many movies and TV series. Some of her works include Highway to Heaven, Falcon Crest, E! True Hollywood Story, and many others.

Marston Hefner Was Arrested For Attacking His Girlfriend Claire Sinclair

Back in the year 2012, Hugh’s son Marston was arrested for allegedly attacking his girlfriend and Playboy Playmate Claire Sinclaire. Talking about the incident to E! News, Sinclair stated how a silly conversation turned into a violent act. She said,

We had just freshly moved into the apartment, and I know Marston was a little stressed out about it, and Marston has been unstable throughout the whole course of our relationship…and we got into an argument about something really silly and it kind of escalated and it became violent. Initially, he kicked me and I went backward, I fell. Then he punched me and grabbed me up, and I scratched him to defend myself. It was very shocking

Though Marston denied the allegations, he was sentenced to 52 weeks in a domestic violence program. Further, the court also ordered him to stay away from his then-girlfriend Sinclair for three years.

Is Marston Hefner Married or Dating?

As per the reports, Marston is not married at present. He is 31 years of age, but it looks like he does not have any wedding plans as of now. That said, we would love to see him married to a wife of his choice.

Well, in that case, is he dating anyone in 2021? Apparently, he is not seeing anyone at present. That said, it is pretty much a possibility that he is secretly dating a girlfriend. However, nothing can be confirmed until he confirms it.

He Has Appeared in Movies & Documentaries

Like we said earlier, Marston Hefner has appeared in a few TV series and documentaries series. He made his first TV appearance in a documentary named Playboy: Inside the Playboy Mansion in 2002.

In the year 2006, he was part of another documentary series named E! True Hollywood Story. This was followed by his work in another TV documentary named Holly’s World in 2011.

The same year in 2011, he appeared in a TV special Hef’s Runaway Bride, followed by TV series documentary America’s Book of Secrets in 2012.

Marston’s father Hugh passed away on September 27, 2017, at his Holmby Hills home in Los Angeles, California. As per the reports, he died of Sepsis, caused by an E. coli infection. At the time of his death, he was 91 years of age.

The Playboy founder was buried beside Marilyn Monroe at Westwood Memorial Park in Los Angeles, for which he had paid $75000 back in 1992. Talking about his idea of reserving a burial beside Monroe to Los Angeles Times, he said,