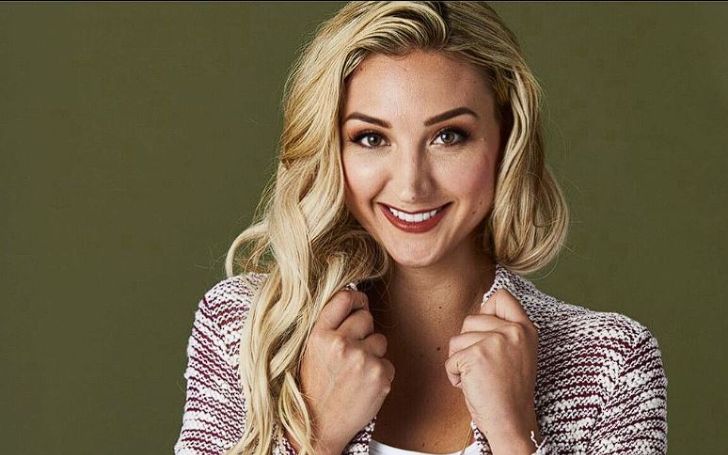 India Everett is a model and actress famous for her role in movies and TV series including I Am Not For Sale: The Fight To End Human Trafficking, John Wynn’s Mirror Mirror, and Bulge Bracket.

Besides acting did you know India used to be a journalist and a news anchor? She was doing pretty well in this field but how did she start her journey as a model transitioning into an actress? Likewise, we will also look into her personal life covering things like her early life, who her parents are, whether she has any siblings and whether she is dating or married.

There are indeed a lot of exciting things to learn about India Everett. So, without any further ado let’s dive straight into this article and learn about the actress’s personal and professional life.

When And Where Was India Everett Born; Her Early Life, Parents, Age, And Wiki

India was born India Adlis Everett on July 15, 1992, in St. Paul, Minnesota, USA. She is 30 years old as of 2023 and her zodiac sign is Cancer. Everett is the daughter of Linda Stewart who is a fight attendant. However, not much is known about her father. Likewise, the celebrity has a brother whose identity is also unknown.

Furthermore, India moved to Vashon Island in Seattle, Washington when she was just a kid. She was well-versed in sports, academics, and creative fields like arts from a very early age and had a decent upbringing alongside her brother.

Regarding her ethnicity, the actress belongs to Caucasian ancestry and is American by nationality.

India Everett stands at around 5 feet 9 inches tall and weighs about 59 kg/ 129lbs.

The actress is quite an educated individual. After completing high school she joined one of the prestigious journalism schools, the University of Missouri. She graduated with a degree in TV & Radio Broadcast Journalism.

India Everett Career Details: Her Journey From A Journalist To Being An Actress/ Model

Soon after graduating, India started to work as a reporter and anchor for Komu-Tv from 2011 to 2013. Later on, she started working as a sports commentator and reporter for about five months and was given the Missouri Professional Communicator of the Year award in 2012. She later joined Fox in the Film, Tv, and Sports department and worked as a lead anchor and producer.

Similarly, after leaving Fox, India started working as a model and had done a consistent photoshoot with Zulily. In 2017, she signed a contract with BMG Models LA for commercials, modeling, and theatrical acting. Likewise, she played a lead role appearing as Kat in the indie short movie, Behind Closed Hearts. Everett has also appeared in a cut-for-time scene in the season finale of Modern Family. She was also selected for a nonspeaking role in Once Upon A Time In Hollywood alongside renowned actors like Brad Pitt and Margot Robbie.

Her Work As An Actress/ Model

Besides these, her other movie works involve portraying a sex trafficking victim in I Am Not For Sale: The Fight To End Human Trafficking, and a nonspeaking role in Top Gun: Maverick. Moreover, she has also appeared in many TV series including Killing Time (2019), Bulge Bracket (2020), and Dawn of the Zombie Apocalypse (2020).

In June 2018, the multi-talented actress was featured in Swimsuit Illustrated Magazine and in December of the same year she was named Female Model of The Year at UP(st) ART Creative Awards. Likewise, India got featured in Maxim Magazine’s ‘What A Beautiful Woman Wants’ in July 2019. What’s more, she was also featured on the cover of Millennium Magazine in August/ September 2019.

As of 2023, she is working as a People Content Manager for Media.Monks. She works in multimedia content production, creating videos, and posts for social media, and writing content and briefs.

India Everett Is Married, Who Is Her Husband?

India Everett is married to Daniel Segal. The duo walked down the aisle on July 2, 2021, in Seattle Washington. Their wedding was held in Skansonia Seattle Boat Wedding Venue in front of their close friends and family members. The pair have been married for almost one and a half years and their bond seems to grow stronger as time passes by.

Talking about her hubby, Dianel Segal is an NFL coach. He worked at Washington for over five seasons and is currently working at the University of California Los Angeles since July 2022.

The Duo Are Parents To A Daughter

The lovebirds are parents to their beautiful daughter Olive Virginia Segal. They welcomed her into this world on May 17, 2022. She weighed 7 lbs 12oz at the time of her birth. Similarly, Daniel shared a post on his Instagram sharing a photo of the newborn with an exciting caption that read,

“We are very excited to welcome Olive Virginia Segal into the world. And thank you so much to my incredible wife @india_everett.”

The family of three currently lives in their beautiful home in Los Angeles California.

The actress is active on Instagram under the name (@india_everett). She is also active on other social media platforms including Facebook (India Segal) and Twitter (@IndiaEverett)

India Everett has a total net worth of $1.5 million. She has earned her fortune from her career as an actress, model, content manager, and former reporter.