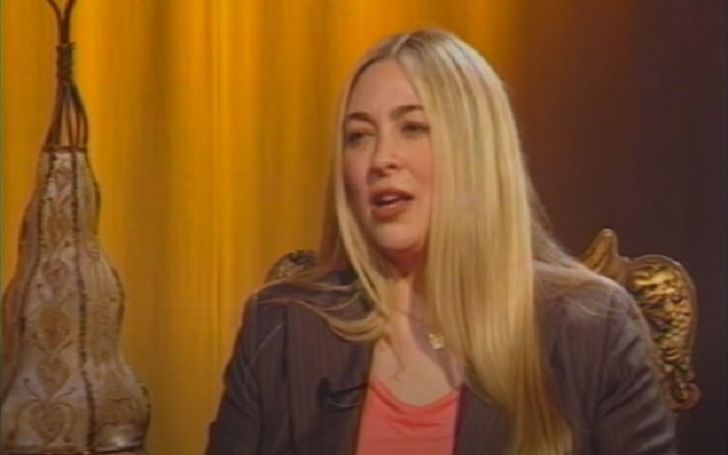 One of the distinguished actors Brendan Frasher first gained attention following his role in the blockbuster The Mummy trilogy. He further deserved huge credit for his breakout performance in big-screen projects like George of the Jungle, Bedazzled, and Journey to the Center of the Earth.

Besides, if you are in Hollywood, then you probably update with Frasher’s love life who went through a messy divorce in the past with his ex-wife Afton Smith. The couple married for nearly a decade until they split which was reportedly amicable. But in the following years, the two involved in some infamous legal feuds including their alimony payments. Some Brendan’s fans have even described his ex-spouse as a “money-hungry witch.”

After all, you are also thinking, who is Afton dating now? We will definitely give all the answers to your queries. Furthermore, in the article, we talk about Smith’s love for acting and her life after her nasty divorce!

Born and Brought in Northport

Afton (aka) Afton Smith Fraser was born on 3rd December 1967, in Northport, Long Island, New York. She spent most of her early life in Northport along with her family. Besides, her ethnicity is Caucasian and belongs to American nationality.

Talking about her academic achievements, Smith reportedly went to a local elementary school in Los Angeles. She then went on to enroll at Upper Canada School.

Afton Smith and Her Mother shares the same love for Writing

Her mother’s name is Miriam Smith. They both have shared the same passion for writing and even published a collaborative book called “Point to Happy: For Children on the Autism Spectrum.” Smith told in one of her interviews that the book is highly dedicated to her oldest son named Griffin Arthur Fraser who suffers from Autism.

Her mommy also serves for the newspaper. However, there are still many early uncovered details regarding Smith that include her father’s detail and more.

Moving towards her writing projects, Smith released a book called “Hollywood Picks the Classics: A Guide for the Beginner and the Aficionado” on 3rd November 2004. The publication is a guide for classic films.

In a 2020 interview with Joa Quinn, Smith opened up about her early love for the show business. She said she wanted to start her career in acting from the age of 12.

“I started when I was quite young at 12 years old, I just loved Broadway, and I loved theaters, and I loved movies and I just said this is what i wanted to do.”

Look yourself her exclusive interview with Quinn,

With her hard work and high dedication, Smith eventually made her dream successful, making her entry into the entertainment industry by playing in the drama Less Than Zero in 1987. She snagged the role of Kim in the project sharing the screen along with renowned Hollywood stars such as Robert Downey Jr. and Andrew McCarthy as well.

In the same year, Smith scored a role of Girl in Disco in the TV movie Once Again. In the following four years, the then-promising actress didn’t make a single appearance on both movie and TV but made her come back in 1991 with the role of Leona Threadgoode in Fried Green Tomatoes. Featuring Kathy Bates and Jessica Tandy the box office hit movie got two nominations for two Oscars Awards for Best Supporting Actress and Best Adapted Screenplay respectively.

It was until Smith skyrocketed to fame when the actress landed the breakout role in a hit romantic comedy-drama movie, Reality Bites. Other cast members of the project include Winona Ryder, Ben Stiller, and Ethan Hawke. Furthermore, Brendan Fraser’s ex-wife featured in the comedy A Reason to Believe in 1995.

The former flames appeared together in the movie George of the Jungle. She played a little role of Ursula’s Friend while her then-husband had a major role in the project. It also became the last movie credit for Smith before her retirement.

In an abovementioned interview with Joan Quinn, Afton said she feels great to be known as a former entertainer.

“Well, the passion kind of died for the acting world. And I thought best leave it to people who are really great at it and do it.”

Afton Smith and Brendan Fraser’s Love Story: When did they got Married?

The former flames first came across at the party organized by their friend named Winona Ryder in July 1993, in Los Angeles. When the two met, there was an immediate connection between the two. They subsequently started spending their quality time with each other.

After they were in a relationship for four years, Afton and Brendan got engaged in October 1997. A year later their engagement, the two also tied the knot on September 27, 1998. They organized their renowned wedding ceremony at the Bel Air Hotel in Los Angeles which was attended by their close friends and families.

Smith shared three kids with her ex-hubby Brendan. The two welcomed their first child, a son named Griffin Arthur Fraser on September 17, 2002. Their second child, son Holden Fletcher Fraser was born on 16 August 2004. The exes became parents for the third time when their third child Leland Francis Fraser was born on 2 May 2006 at Cedars-Sinai Medical Center in Los Angeles.

However, their oldest son Griffin has been suffering from Autism. In 2018, Fraser revealed in an interview with GQ, that his son “needs extra love in the world, and he gets it.”

Their Nasty Divorce and Alimony Battle

Everything seemed going smoothly between the two until Fraser’s publicist announced that the couple decided to go their separate ways. His rep told Us Magazine that “They continue to maintain a close and caring friendship,’ after their split.

Their divorce process came to an end in Feb 2009. Following the finalization, the court ordered Brendan to give $900000 alimony to his ex-wife. Furthermore, the actor paid $300000 annually in child support.

But, back in 2013, Fraser requested to the court to decrease his alimony and child support money, citing that he has not been actively involved in both movies and TV series for a long time as the reason behind his appeal. The actor further claimed in his petition that he also suffered from some serious health problems that include a back injury from Hurricane Sandy in October 2012.

However, in response, Afton accused her ex-hubby of “fraud” for hiding millions of dollars in his several new lucrative movie deals. But later, Smith wasn’t able to prove Brendan guilty and the court subsequently reduced the alimony payments.

After their alimony conflict, many Fraser’s fans nicknamed his ex-spouse as a “Gold-digger.”

Custody of Their Three Children

The court granted the couple joint custody of their kids. But later the boys started living with their mother in Greenwich, Connecticut. Fraser often appears, spending his time with them in various places.

How Their Relationship Dissolved in Divorce?

Nonetheless, the actual reason behind their separation is yet to reveal neither Afton and her ex-husband Brendan has ever talked about it. Apparently, many sources suggest their marriage hit the rocks after Fraser’s alleged romance with his fellow actress Mario Bello. The then-rumored-couple was in China for the shooting of the movie at the time.

What is Afton Smith Net Worth?

Her estimated fortune is around $1.5 million. She mainly makes money from her previous acting career as well as huge alimony payments from her ex-hubby Brendan. On the other hand, Brendan has a $20 million net worth.

Is Active in Charity Work

Afton supports Abilis, a non-profit organization in Greenwich that helps disabled children to improve their abilities. Back in Sep 2018, the former actress also attended the first annual Dancing of Greenwich Gala to raise funds for the foundation.