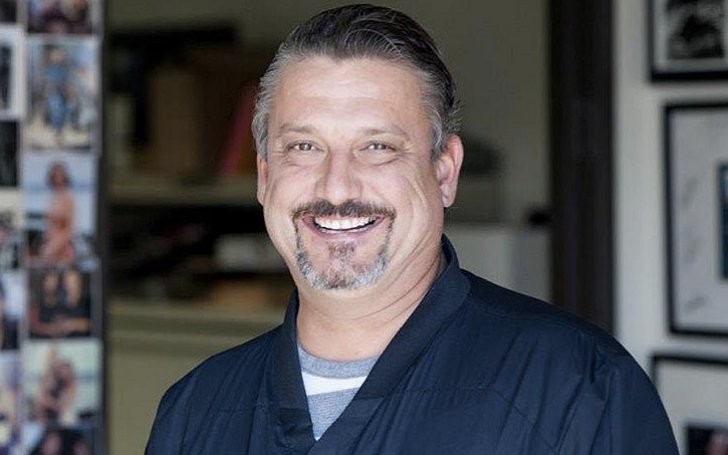 Beau Waggoner is the son of a late actor Lyle Waggoner. Prior to acting, Beau’s father had also tried his hands in a few other fields who founded a travel teller company Star Waggons back in 1979. But, after Lyle’s death in 2020, both of his sons Beau and Jason handle the business.

The Waggoner brothers now serve as a president for the company. Beau, who started working with Waggons in the late 1990s once told that he had to struggle a lot to reach the position, despite the company operated by his dad.

In addition, moving towards his love life, Waggoner has been married to Kristina Flanderka-Waggoner for a long time. But, let’s know if the couple does share any children together. Take a look at the complete bio of Beau!

Where is Beau Waggoner From? His date of Birth and Education

As far as his nationality is concerned, Beau, 51 is an American and belongs to the Caucasian ethnicity.

Parents: What was the Cause of His Father’s Death?

Waggoner is the son of Lyle Waggoner and his wife Sharon Kennedy. His father who had a fantastic career in the entertainment industry rose to stardom after his work on The Carol Burnett Show. His other on-screen credit includes Wonder Woman, Zero to Sixty, and The New Mike Hammera as well.

Talking about his mother Sharon, the Jackson, Wyoming native is a former actress. She also worked as a financial consultant and realtor.

Beau Waggoner Career: Is the Co-President of Star Waggons with His Brother

Waggoner currently serves as a president of Star Waggons, a provider of Location Trailers to the entertainment Industry. His older brother Jason also holds the same position in the company.

It was founded by their late father Lyle back in 1979 in order to render custom location trailers exclusively to the film and TV industry. In a 2016 interview with CNBC, Beau told he joined the company in the late 1990s.

“I started 27 years ago with my father.”

Beau also revealed to the network, despite his father being the owner of the company, he had to struggle a lot to earn the prime position he has now.

“My father didn’t put me into a position, I had to earn the position.”

At the beginning of his career with Star, he used to wash trailers and then repaired them. After years of hard work, he eventually became in charge of sanitation and has worked there for eight years. He joked, saying that his nickname was at the time, “Ty-D-Beau.”

In the same interview, Waggoner further said he studied architecture and taught himself design as well. With time, he was designated as the head of manufacturing in the company.

As of now, he focuses on the manufacturing and customization of the trailers while his brother Jason concentrates on rentals and business matters. Headquarters in Los Angeles, California, the local manufacturing and equipment rental powerhouse has nearly fifty employees.

Besides, as per the estimation made in April 2012, the firm which sits on the 10-acre facility in Sylmar spends roughly $200,000 per annum to equip its trailers.

What is Beau Waggoner Net Worth?

He has a $2.5 million net worth in 2022. Beau has racked such a good fortune from his own business Star Waggons. The company generated around $17 million in 2015.

In the meantime, his late father Lyle Waggoner had a net worth of $40 million at the time of his death. He plunked down $3.95 million on his 4,600 beachfront home in Oxnard, California. But, a few months after his demise, the mansion was listed on the market with a price of $4.4 million.

Beau and his spouse Kristina have been married for many years. Despite their long-time relationship, they both have remained tight-lipped regarding their marriage. They never talked about how did they first come across and when did they get married?

Besides, the couple is blessed with two children, a son and a daughter. They have posted a few photos of their kids on their respective social media like Facebook. Furthermore, the family of four frequently appears, enjoying their quality time together in various places.

Beau currently resides in Simi Valley, California with his wife and children.