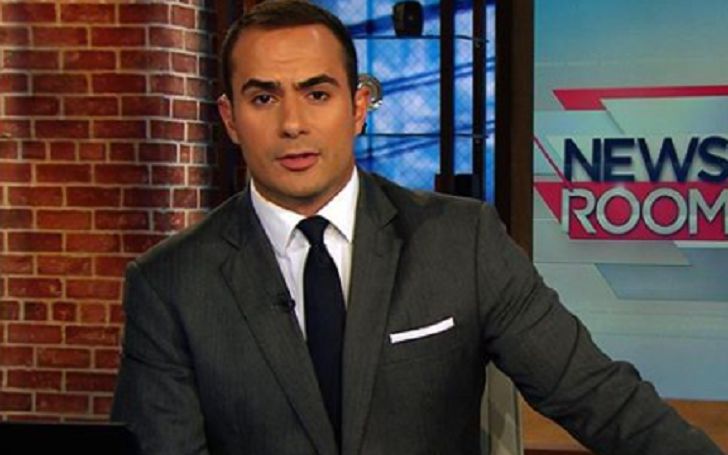 Boris Sanchez is an American on-air personality who currently works as a CNN White House Correspondent. He mainly covers President Donald Trump’s administration. The journalist previously worked as an anchor for Fox 31 Denver.

Apart from all his professional accomplishments, let’s also talk about Boris Sanchez’s wife. Well, how is his married life with Jennifer Piekut? In this article, we will focus on his personal life, including his relationship timeline. In the meantime, let’s also take a sneak peek at his family background.

Boris Sanchez is happily married to His Wife Jennifer Piekut

Borris and his longtime girlfriend tied the knot on 17th September 2016. They organized their wedding ceremony in Truckee, California. Boris and his spouse Jennifer exchanged vows in the presence of their family members and close friends. The two are in a blissful marital relationship ever since.

The husband and wife frequently go on vacation to several different places across the world. Back in November 2018, the power couple was seen enjoying a vacation on Iguana Island. Furthermore, in August 2019, they traveled to The Cove Eleuthera.

They currently reside in Washington, DC.

“[Boris] is beautiful. That was there with good hair, good skin, and it was for me… That’s my guy… I’m just saying. Boris Sanchez was giving me everything…”

She even invited Boris to visit her show studio, and said, “Here I am on 26th street.”

Unfortunately for her, the handsome man is already in a marital relationship with his wife since 2016.

Sanchez was born in Havana, Cuba. He celebrates his birthday on 15th November. Sanchez is the son of Puchita (mother) and Jose Sanchez (father). The family immigrated to the United States sometime after Boris’ birth.

The story of his late grandfather is a little different. He was sentenced to 20 years in prison for his anti-communist activities.

Boris also has a sister named Leslie A. Del Monte, an architect. They both are close to each other and often share photos together on various occasions. In November 2016, the TV personality shared a childhood photo with his sister celebrating her birthday. Moreover, Sanchez has twin nieces and one nephew from his sister.

Boris Sanchez attended Miami Dade College to study journalism and completed his graduation in 2006. He subsequently joined Syracuse University and graduated with bachelor’s degrees in broadcast journalism and international relations in 2009.

Boris Sanchez currently serves as a CNN White House correspondent and Abby Phillip and White House reporter Kaitlan Collins. He joined the network back in June 2015, landing the job as a national correspondent based in New York.