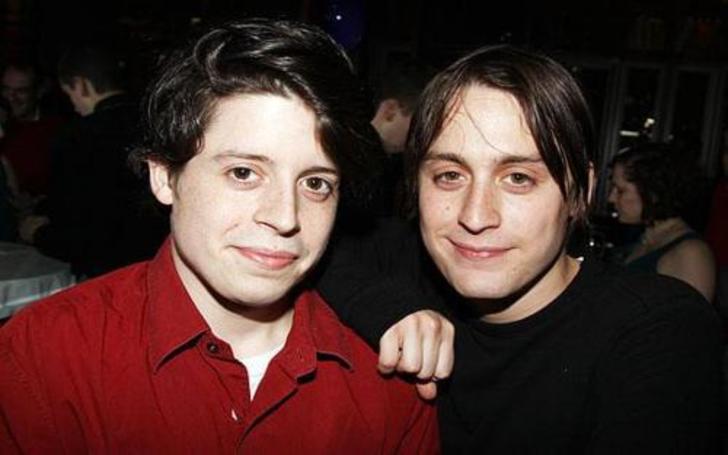 Christian Culkin is the brother of actor Macaulay Culkin who is famous for his role as Kevin McCallister in the Home Alone franchise. Christian’s brother, Macaulay is regarded as one of the most successful child actors of the 1990s.

Macaulay’s siblings lived in his shadow and it’s all too easy to forget them, including Christian. But what often gets forgotten is the fact that they all have a story of their own as well. While not as famous as his brother, Macaulay, Christian’s whereabouts have raised quite the curiosity among Culkin’s fans.

So know all about Christian Culkin’s past as well as his present affairs down in the content below.

Christian Culkin (fully Christian Patrick Culkin) was born on January 30, 1987, in New York. As of 2021, Christian is 34 years old. His father, Christopher Cornelius “Kit” Culkin, is a former actor famous for his productions on Broadway and is the brother of actress Bonnie Bedelia. His mother’s name is Patricia Brentrup.

Christian received his name because it was close to his father’s name, Christopher, and his middle name, Patrick is for his mother Patricia.

During his early childhood, Christian’s family lived in a small apartment. His mother, Patricia was a telephone operator and his father worked as a sacristan at a local Catholic church. Although not official, Christian presumably followed Roman Catholic while growing up with his parents.

The whole family lived in an NYC tenement railroad apartment with no separating doors, save for the one to the bathroom, for nine years.

Homelife was unpredictable for Christian and his siblings, with the family constantly struggling financially, and the children not always going to school. His mother was the glue that kept it all together in the face of Kit’s anger, abuse, and his eventual extended disappearances.

Christian’s grandfather Philip Harley Culkin (1898–1977), was in public relations while his grandmother, Marian Ethel (née Wagner) (1914–1964) was a writer and editor.

Christian’s parents Kit Culkin and Brentrup stayed together for 21 years from 1974 to 1995 but never married. Some sources suggest they met in North Dakota and began dating in 1974. After living in North Dakota for few years, they relocated to New York.

They reportedly had quite a court battle for the custody of their seven children after their separation. After splitting up with Kit, Patricia married Mart D. Cox and had a daughter, Kara Cox.

Similarly, as per a 2001 article from NYMag, Christian’s father, Kit, went on to have a relationship with Jeanette Krylowski. The two lived in a two-bedroom condo in Phoenix, Arizona. Jeanette, however, died in 2017.

As per a Daily Mail article from 2016, Kit now 78 had a stroke in 2014 that left him having to relearn how to speak. He reportedly lives alone in a small house in Grant’s Pass, Oregon. Media have spotted him on rare occasions, wearing a long, gray patriarch’s beard and a trilby hat. When the Daily Mail reporter questioned if he is in touch with his most famous son, Macaulay, Kit replied he doesn’t consider him a son anymore.

His younger brother Rory was born in 1989 and is known for his roles in Scream 4, Lords of Chaos, You Can Count on Me, Columbus, and M. Night Shyamalan’s Signs.

Two Of Christian Siblings Passed Away Years Ago

Christian’s older sister, Dakota lost her life in a car accident in 2008. She was 29 at the time. She got hit by a car when she stepped off the curb and in front of a moving vehicle.

Culkin’s other sibling, Jennifer, who, in precise, was his half-sister passed away in 2000 from a drug overdose.

His Bother Kiernan Is Also An Actor Like Him

He achieved a career breakthrough after starring in the film Igby Goes Down (2002), for which he received his first Golden Globe nomination.

Christian’s sister, Quinn has also made appearances in few Hollywood projects. She has starred in a 1993 psychological thriller film by Joseph Ruben, The Good Son. In the film, she played Macaulay Culkin’s sister, Connie. In addition, Quinn voiced the character, Katie McClary, in the animated television series Wish Kid.

Christian appeared alongside his brother, Kieran Culkin in a 1994 comedy film by Bob Clark, My Summer Story. The film served as a sequel to the 1983 film A Christmas Story. In the movie, Christian portrayed the character of Randy Parker.

According to his LinkedIn profile, Christian as of the present is a contributing writer at The Waverly Press. He has been working there since September 2012. Likewise, he has also been working as a writer at Lid Magazine since January 2012. Christian received B.A. in Creative and Professional Writing in 2009 from Manhattanville College.

After graduating, Christian attended the Feirstein Graduate School of Cinema in 2015 and passed out with a Master of Fine Arts (M.F.A), Film in 2018.

Considering his age, there could be a good possibility that he may have a partner, though, whether, he’s married or not that’s a whole different mystery. Apparently, he is not married to his wife but he might be simply keeping things secret.

Also, there are no reports of him having a girlfriend as well. However, he’s has been seen partying with few women, no credible stories have come from those incidents, which could have at least suggested he has a love interest of some sort.

What adds to the riddle is the fact that he is hard to get by even on social media. Wherefore, the details with respect to his personal life are a far-flung matter.