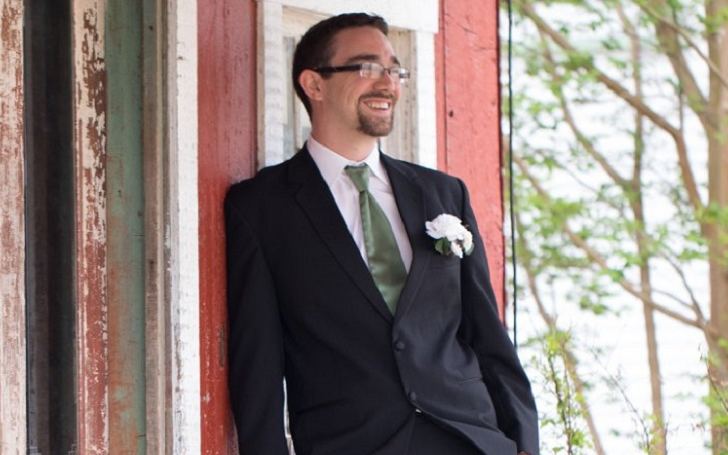 Dakota, an actor with a few acting credits. Source: Facebook

Dakota Brinkman is the son of Melissa Gilbert and her ex-husband Bo Brinkman. Both of his parents are actors, especially his mother’s contribution to the entertainment world is exceptional. She has spent more than a half-century portraying a variety of characters in several cult-hit movies and TV shows. Melissa rose to stardom after her acclaimed role on the NBC series Little House on the Prairie.

Being the son of such successful actor parents, is Dakota also involved in the same field? If not, what is the star kid doing now?

Besides, many of his fans are also curious to know his love life. So, let us try to find out if Dakota Brinkman is married to anyone. If he is married, who is his wife? In the following sections, we will discuss everything about Melissa Gilbert’s firstborn son. Let’s jump in!

What is Dakota Brinkman Age? His Early Life and Parents

Dakota Paul Brinkman is aged 32 as of 2021. He was born on 1st May 1989, in New York City, New York, to Melissa Gilbert and Bo Brinkman, a cousin of actor Dennis Quaid. He grew up in New York City along with his family.

Besides, talking about his nationality, Dakota is an American.

His Parents were Married For Four Years Before They Divorced

Melissa and Bo tied the knot on 22nd Feb 1988, around seven weeks after Gilbert’s break-up with actor Rob Lowe. A couple of months after their wedding, the duo announced their pregnancy and they welcomed a son in May 1989. Nevertheless, their relationship didn’t sustain for a long and the former flames divorced in 1992.

Has a Half-Sibling Michael Boxleitner

What is Dakota Brinkman Doing Now? All About His Professional Life

The following year, Dakota scored roles in two TV documentaries Intimate Portrait and Celebrity Profile. He then took a prolonged break from the acting world and only made his come back with the role of Chad MacKenzie on the video Safe Harbour. His last acting project is Shay (2016), in which, he portrayed James Schenker.

Is Dakota Brinkman Married? Know About His Wedding

Yes, Dakota is a married man. He tied the knot with Marissa Brinkman on March 25, 2018. As for their ceremony, it took place at Star Hill Ranch, a popular wedding venue in Bee Cave, Texas. Dakota’s younger half-brother Michael Boxleitner served as the best man for the groom.

Talking about their wedding dress, Brinkman opted for coat pants while his wife Marissa wore a white gown. The loving duo walked down the aisle in front of their family members and close friends.

How Long Have They Been Together?

Dakota and Marissa are together since June 2011. While most of the early information about their dating life remains secret, Marissa revealed that they are together since 2011, posting an adorable photo of themselves on the occasion of their six-year anniversary in June 2017.

Dakota and his wife Marissa are now expecting their first child together. In November 2020, the lovebirds announced the big news via a beautiful Instagram post, in which they also disclosed the baby’s due date, i.e, 5th June 2021.

Later in days, Marissa also posted a few other photos, showing a growing baby bump on her social media handles. It is already June 8th as of writing this article, however, the couple hasn’t announced the arrival of their baby yet.

Dakota Brinkman Wife is an Accounts Administrator at JC2 Technologies

As of now, she resides in Austin, Texas with her husband.

What is Dakota Brinkman Net Worth?

Brinkman’s net worth is in hundreds of thousands of dollars, however, his exact net worth is not revealed as of 2021. His major source of income is his occasional roles in movies and TV shows. On the other hand, his mother has an estimated net worth is $500,000.