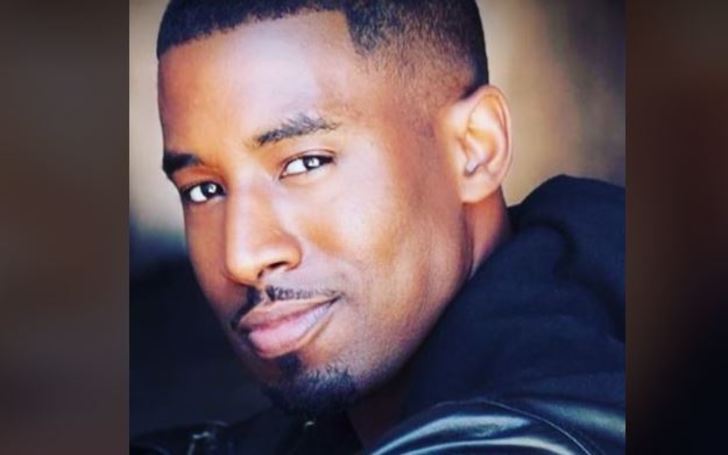 Gavin Houston is an actor known for playing Jeffrey Harrington in the OWN’s series, The Haves, and Have Nots. He is also known for playing Theo in The CW 2019 television series Roswell, New Mexico. Additionally, he has made cameos in hit shows like Shameless, Grey’s Anatomy, Rizzoli and Isles, and others.

Since his debut in The Haves and Have Nots in 2013, Houston has seen his fanbase grow significantly. His affiliation to the character Jeffrey in the series has been remarkable. Many viewers, nonetheless, aren’t familiar with who he is outside of the show.

And there has always been a significant interest in his personal life. Gavin, however, is a mystery and a difficult one when it comes to his life off the screen. He is among the few other stars that like to keep tabloids’ attention off the bay. Unravel to the fullest about the six-foot-tall actor in the writings below; from his origin and wide recognition to solving out the mystery if he is married to a wife or dating a girlfriend.

Houston was born on December 10, 1977, in Brooklyn, New York. He, however, grew up in Teaneck, New Jersey. His full name is Gavin Alexander Houston. Gavin is the son of Lloyd and Colette Houston. Houston’s family is originally from Guyana, South America. He also has a bit of Brazilian ancestry.

He has an elder sister, Tonza Houston.

As a child, he competed in gymnastics and was 2nd in the state of New Jersey, and 7th in the region in his age group. He additionally studied Tae Kwon Do.

As A Child, Gavin Houston Got Picked Up For Acting Instead Of His Sister

Houston actually got his start in acting when he tagged along with his sister to one of her auditions. In an interview, he revealed when (they) saw and heard him making jokes in the lobby, the agency people asked if he would read a scene for them.

He then recalled the kid version of him putting his personality into it which had them laughing and applauding. At the end of it all, they wanted to represent him and not his sister. Gavin said his sister was happy for him.

The New York-born actor is still very close to his sisters and says he’s always looked up to and admired her.

Gavin Houston began his acting career in New York as a child, appearing on The Cosby Show. In addition, he got to play in numerous commercials and print advertisements.

The Brooklyn native also performed in Off-Broadway productions in New York City. Some of them are August Wilson’s Joe Turner’s Come and Gone, Gem Of the Ocean, and Radio Golf, and Eugene O’Neil’s Long Day’s Journey Into Night.

After graduating from the University of Florida and having performed plays on and off-Broadway in Manhattan, New York, he landed a role on the former CBS daytime soap Guiding Light.

He was on the soap for three years after which he moved to California and continued working in television, guest-starring on such shows as The Singles Table, Wizards of Waverly Place, and Without a Trace.

In the meantime, he also made recurring appearances at General Hospital. On big screens, his credits include Spy, Minkow, and The Rum Diary opposite Johnny Depp, The Rum Diary, Presumed Dead In Paradise, The Secret She Kept, and Con Man.

In 2016, he portrayed Kenny “Babyface” Edmunds in the Toni Braxton biopic film, Unbreak My Heart.

His other notable roles in series include Ed Benson in Grey’s Anatomy, Tony Foster in The Bay, Alphonse in Rizzoli, and Isles.

Rumors Of Gavin Houston Being Gay

Houston has done the role of Jeffrey in The Haves And Haves Not with such perfection that people often speculate & accuse the actor of being gay. What adds to the theories is him not revealing anything about his relationships with girls.

Some past activities by the actor, however, suggest otherwise. As such, back in November 2016, he posted some tweets mentioning his girlfriend who, though, is still to be named. The Twitter post reads:

“My girlfriend started her diet & is looking great. It’s 40 days till my birthday. Committing 40 days/nights to my diet and fitness today.”

On the other hand, some unofficial sources claim that he was, anyway, running single, and still is. Thus, people might have to wait a little longer for him to talk anything enough about his love life.

Truth About Houston’s Affair With Leigh

In 2018, several sources reported The Haves and the Have Nots star enjoying the occasional company of a mystery woman named Leigh. Reportedly, the pair even vacationed together in Puerto Vallarta Mexico.

The outsiders first became aware of his “girlfriend” after Houston, himself went on mentioning her in his Instagram post whose caption read:

“Enjoying my time with Leigh in Peurto Vallarta, Mexico.”

Unlike his aforesaid twitter doing, this time Gavin decided to reveal the face of his alleged girlfriend, Leigh. In the imaging, the two were enjoying the sun in Puerto Vallarta.

Houston aired the picture about a month after Leigh, herself, posted a photo of a man kissing her on the cheek. Gavin, however, has since deleted the Instagram photo, so it’s unclear whether he and Leigh were ever a thing.

However, this whole rumor of Gavin dating Leigh also went into oblivion with no update whatsoever. The least people got to know was the alleged girlfriend was a blonde.

Gavin Houston Has A Daughter

Gavin has a daughter named Zoey. The Night-Time Soap star, however, hasn’t revealed the identity of her mother. Zoey according to a tweet by Gavin, was 12 in August 2013. She therefore very much could be 20 in August 2021.

Houston says he is fortunate to be the father of his daughter and cites her as his primary source of inspiration. While talking with Tyler Perry, he said his daughter is what inspires him.

Although Gavin is fairly active on Instagram, he is yet to post his daughter on social media. He’s also shielded Zoey from paparazzi or even avoids himself from talking about her in interviews.

He currently lives in Los Angeles with his daughter.

What Happened To Ren Kennedy? Her Career, Husband, & Other Details